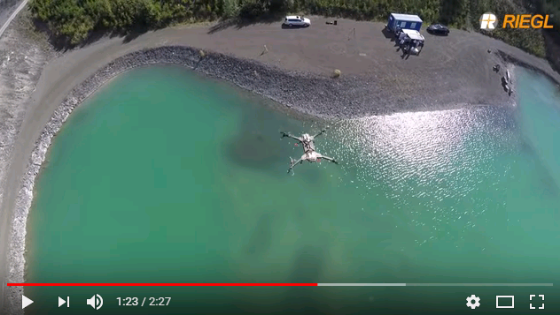 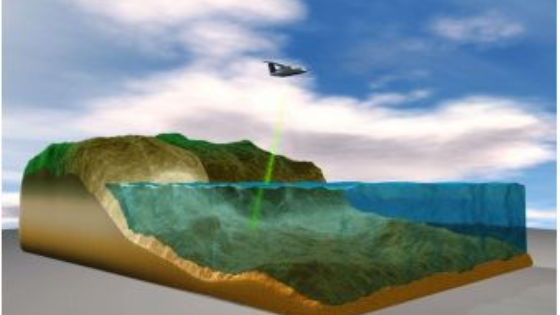 What do Bathymetric Lidar sensors consist of?

Bathymetric Lidar sensors can be simplified into four major components:

- The GPS receiver which gives the aircraft position
- The inertial measurement unit (IMU) which gives the roll, pitch and yaw of the aircraft
- The laser scanner which emits the signal in a particular pattern
- The sensor which reads the returning signal. 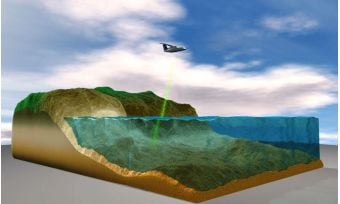 Knowing the position and orientation of all these components enables accurate measurements to be recorded by the Lidar system. Some of these sensors can now measure more than 100,000 points per second, resulting in surveys with over 10 points per m2 in shallow water. In a recent survey delivered for Samoa, over 1.8 billion points were captured in an area of just over 1,100km2. The deepest of these measurements achieved a depth of just over 75m.

Advances in Bathymetric Lidar sensors
Recent advances in bathymetric Lidar sensors have been heading in a number of different directions. Some of these advances include multiple sensors in the aircraft, more integrated systems with additional sensors, faster throughput to data products, reflectance calibration between flight lines, greater point density, enhancements for fresh water capture, and enhanced classification of point clouds.

Additionally, it is still early days for the use of bathymetric Lidar sensors in small unmanned aerial vehicles (UAVs), although this is likely to change in the next ten years. 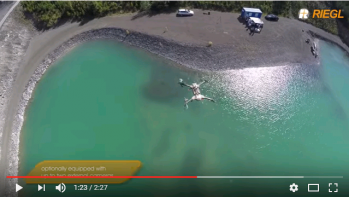 As the world’s first multispectral airborne lidar sensor, Optech Titan is opening up a new era in lidar survey and mapping. 3D surface spectral response information sensitive to the emitted wavelengths can now be derived day or night from complex environments using a single lidar sensor. 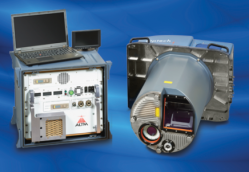 Geo-matching.com is the world’s largest online product database for surveying, navigation and machine guidance with more than 2,000 products. In the Airborne Laser Scanners and UAS for Mapping and 3D Modelling categories you can find detailed product information from numerous leading product suppliers such as RIEGL, Teledyne Optech and Leica. Take a look for yourself!

BathyCopter
Ask for a quote 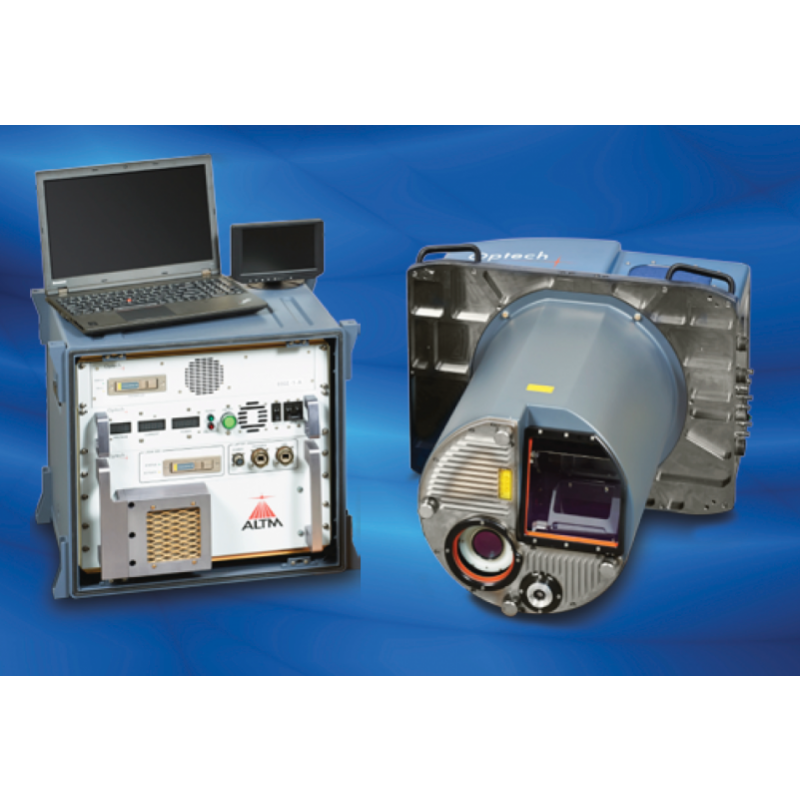 Titan ALTM
Ask for a quote