Comparison of Aerial Surveying With a Manned Aircraft or UAS for Mapping and 3D Modelling?

A look at the project factors which influence mapping acquisition techniques, and determine whether manned aircraft or UAVs - or both - should be employed. 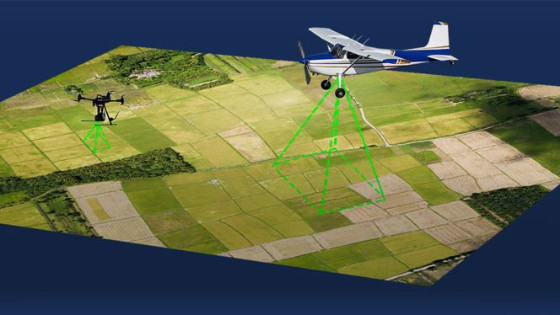 In 1858, Gaspard-Felix Tournachon, also known as “Nadar,” flew a hot air balloon over Paris, taking the earliest known aerial photographs. Surveyors have used manned airplanes to capture data on the terrain below since the dawn of aviation. They will continue to do so for the foreseeable future because it enables them to cover large areas. For professionals across many industries, however, the explosion in unmanned aerial vehicles (UAVs) has greatly increased their options for surveying, photographing, measuring, and mapping various spaces and places. It has also created great efficiencies and cost savings for organizations of all sizes while challenging traditional workflows and expectations. Firms that require surveying now often wonder whether they should replace manned aircraft with UAVs. Sometimes, one or the other is clearly the superior choice or the only possible one. More often, the two kinds of aerial platforms are complementary, just as UAVs and terrestrial scanners are.

Manned aircraft are the best choice to cover large areas quickly and/or to carry heavy sensors because of their much greater endurance. Sometimes, a client’s RFP (requests for proposals) requires a manned aircraft. UAVs are the best choice for areas where manned aircraft cannot fly safely, such as very close to a building or a cell phone tower. They are the only choice for areas where manned aircraft cannot fly at all, such as along narrow streets, under a bridge, or inside a covered stadium, and for those too far from airports. UAVs need only very small areas to take off and land—no more than a few square feet in the case of vertical take-off and landing (VTOL) models. They are also more cost-effective for repeated surveys of small areas, such as monitoring progress on construction sites.

In some cases, manned aircraft and UAVs are used on the same project, such as for corridor mapping of power lines, with the former capturing the whole corridor and the latter inspecting specific towers. In fact, some manned aircraft surveyors are teaming with UAV operators to combine these technologies and create more useful data packages. Alternatively, a manned aircraft company will subcontract a job directly to a UAV company or vice versa. These working relationships improve the process and the product for the client.

Manned helicopters combine some of the benefits of manned airplanes (endurance, payload capacity) with those of UAVs (ability to hover and get close to targets, small area for take-off and landing), but are very expensive per hour of operation.

Ultimately, the project should define the acquisition technique. Key considerations include:

Costs of Manned Aircraft and UAS

Typical professional UAVs cost a few thousand dollars, while a Cessna 172 airplane, a model regularly used for aerial imaging, costs roughly $300,000, and a Bell 206 JetRanger helicopter costs more than three times as much. However, it is difficult to compare the hourly cost of manned flights with the equivalent cost of UAVs because there is no standardized and accepted protocol for calculating costs per flight hour, which can be based on various metrics. Additionally, when end users switch from one aerial platform to another, they often also overhaul their whole operation. Furthermore, the UAV market is still in rapid growth, so the price per hour will continue to drop for the foreseeable future, while that of manned aircraft will likely remain stable.

Another consideration is the number of people required for a flight. Under the Federal Aviation Administration’s regulations for small unmanned aircraft (Part 107), it is legal for a single pilot to operate a UAV. However, in most cases, it is still preferable to have a pilot in command (PIC) and a spotter on every project, with the former totally focused on the aircraft’s stability. For mapping missions with a manned aircraft, the pilot is often the only person required on board.

Resolution with Manned Aircraft and UAS

In the case of digital imaging, the much greater payload capacity of manned aircraft compared to UAVs enables them to carry much larger cameras with much greater resolution. UAVs compensate for this disadvantage by flying much lower. Typically, UAV imagery at 400 feet yields 5 cm resolution, and at 200 feet, it yields a 2.5 cm resolution. However, not all surveys need the highest resolution for all the terrain to be covered.

Manned aircraft can carry much heavier sensors than UAVs, such as bathymetric LiDAR. Moreover, they can carry a combination of sensors, such as a LiDAR sensor, a digital camera, and a hyperspectral imager. Some projects require collecting data with multiple sensors. A UAV that can carry only one sensor at a time would have to make multiple passes, thus increasing the flight time and processing time, while a manned aircraft carrying multiple sensors could collect all the data in a single pass.

As UAVs continue to improve—fly longer, withstand higher wind speeds, and carry more sophisticated payloads—the overlap between their mapping capabilities and those of manned aircraft will increase. The next huge increase in the number of UAVs and in their applications will be when the FAA allows flight beyond the line of sight (BVLOS) in controlled airspace. 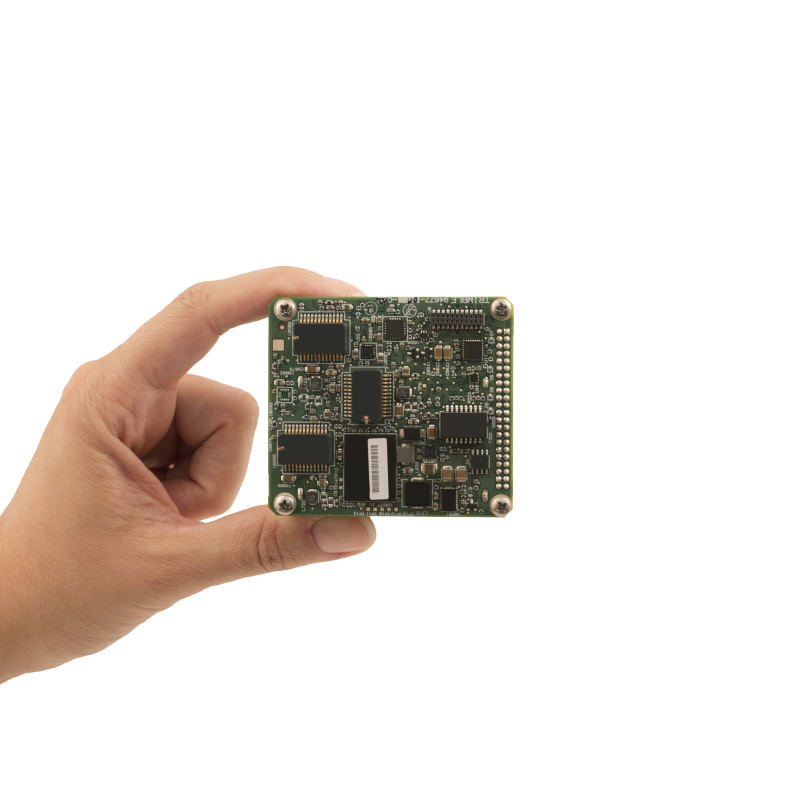 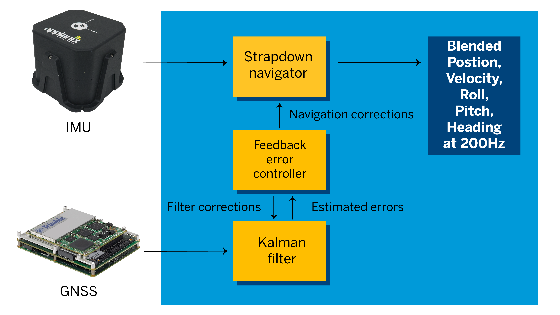 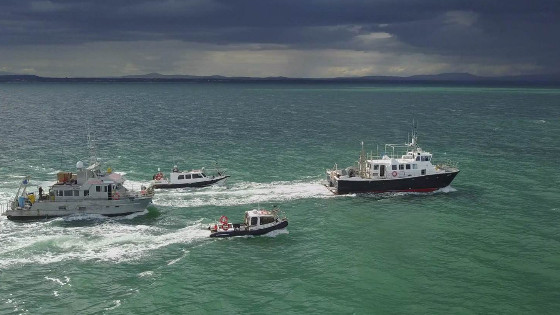 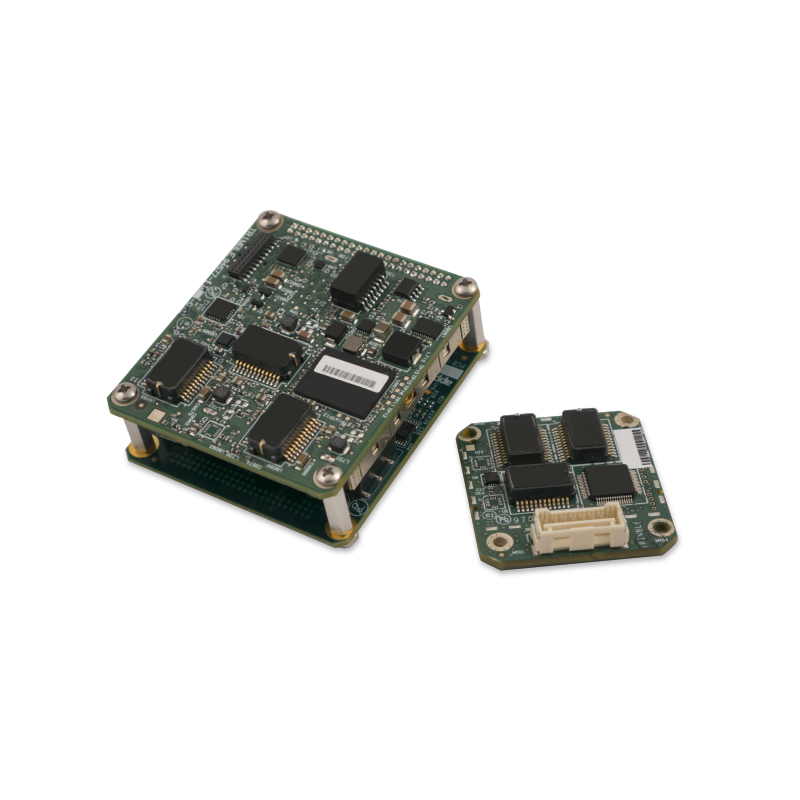 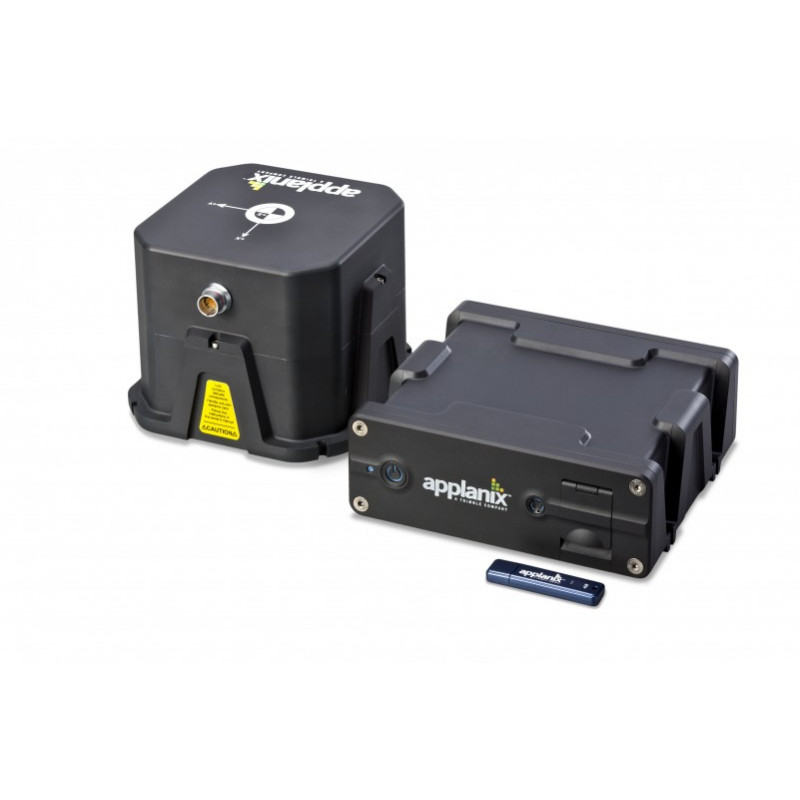