The frequency of maintenance dredging work is determined by the net difference between inflow and outflow of suspended sediment particles. Port and waterway authorities are looking for methods to increase the accessibility of navigation channels and reduce dredging effort. One of the options to improve both aspects is navigation through loose mud layers. To allow ships to enter in loose mud layers the characteristics of the mud layers need to be well known and monitored. Another option is to actively change the balance between inflow and outflow of sediments by selectively reducing or increasing the resistance against bottom sediment erosion or by deviating water currents. This paper covers some basic sediment agitation techniques and practical field test data demonstrating the long and short term effects on sediment strength in the Port of Rotterdam. The paper also proposes measurement and evaluation tools to follow up the agitated sediment zones in time and space enabling the prediction of sediment consolidation and related strength. 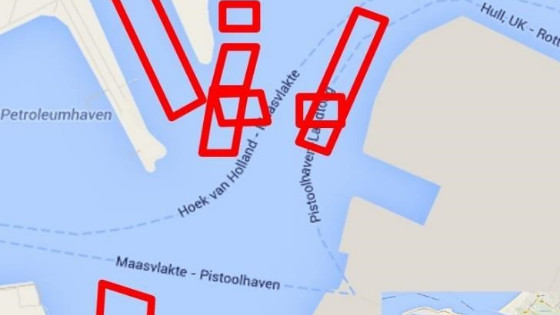 In many ports, access channels and waterways, siltation or sedimentation processes reduce navigable depth (PIANC-IAPH-IMPA-IALA, 1997, PIANC, 2008). Port and waterway authorities apply a range of techniques to reduce siltation or restore navigable depth in ports and waterways. These techniques range from adopting specific construction design rules to water injection dredging and trailing suction hopper dredging (PIANC, 2008, PIANC, 2013). In recent years, series of dredging experiments were performed in the Netherlands, ports active in these experiments were Zeeland Seaports (Zeeland Seaports, 2012), Groningen Seaports (Kamphuis, 2013) and Port of Rotterdam (Staelens, 2013). All projects aimed at reducing dredging cost by either changing dredging methodology or dredging strategy or a combination of both methodology and strategy. The consolidation behaviour of the Beerkanaal soft cohesive sediment was first simulated and parameterized in a full scale test facility (Staelens, 2013), these simulations were followed by full scale field experiments. This paper will cover the trailing suction hopper dredging and water injection dredging tests performed in the Port of Rotterdam Beerkanaal during calendar year 2013. The location of the test and reference zones is given in Figure 1. 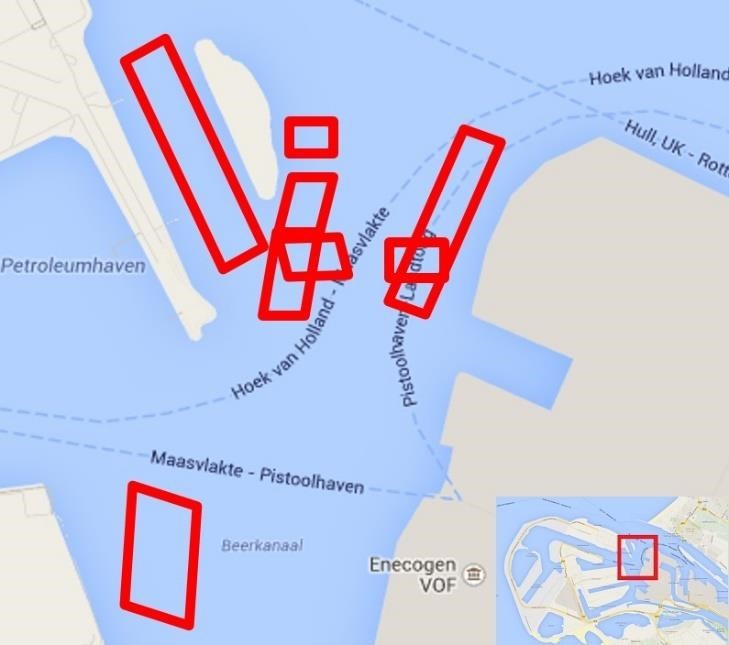 The agitation and consolidation simulations performed on large pressurized consolidation columns in 2012 (Staelens, 2013), demonstrated the Beerkanaal sediment has a potential of remaining loose for long periods of time. The premise for having long time constants in the sediment strength increase, is to generate thick stationary fluidized sediment layers or fluid mud. Initially the goal of this research programme was to investigate what dredging methodologies could be used on the field to make the sediment loose, stationary and navigable for weeks or months. The test results demonstrate what methodologies are suitable, not only to loosen sediment, but also to restore the erosion-deposition equilibrium. 8 test areas within the Beerkanaal, Port of Rotterdam were selected, 2 of them were used as dredging test area. Five dredging tests were performed, two trailing suction hopper dredger tests and three water injection dredging tests. The areas were evaluated using multi beam echo sounder delivering bathymetry maps and Graviprobe drops (Geirnaert, 2013, Kamphuis, 2013, Stark, 2014, Staelens, 2013, Wever, 2014) delivering sediment strength data. All measurements were executed before the dredging test and regularly after the test delivering a time series measurements on each experiment. The experiments demonstrate that making the sediment loose is possible with both dredging methods, but making sediment stationary can be very difficult. 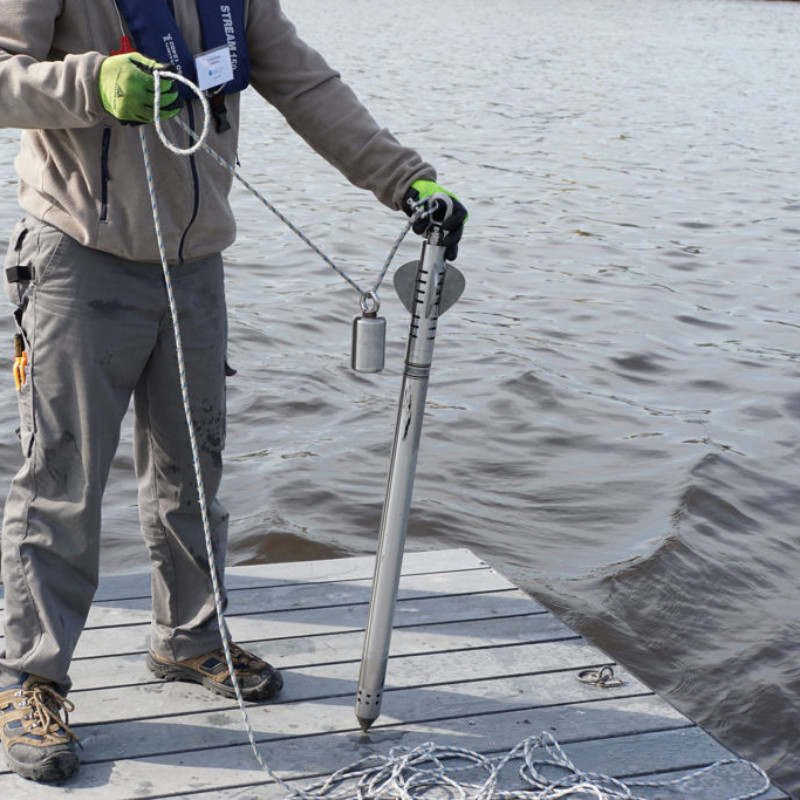