Meet Marlyn, the go-anywhere mapping solution made by surveyors, for surveyors 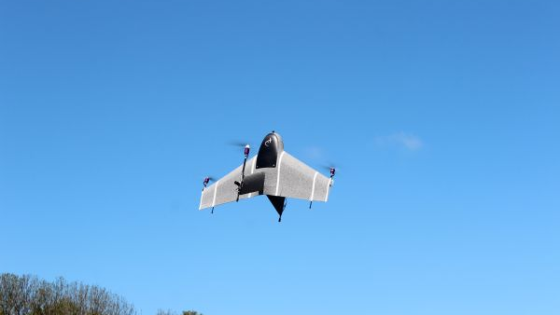 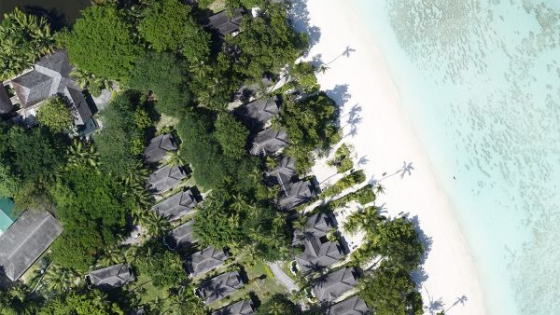 The necessity of VTOL and the desire for high wind resistance

Up until recently, professional end users could choose from two different UAV categories: multirotors and fixed-wing drones. Although fixed-wing solutions offer faster and longer flights, according to operators the damaging belly landings make them a no-go. Furthermore, the availability of space for such a landing is considered a luxury most of the time. On the other hand, multirotors are more flexible with their vertical take-off and landing (VTOL) ability, but they lack endurance and speed. As a result, developing a combination of the two proved to be necessary in order to meet the modern land surveying requirements.

Originating from TU Delft and its highly recognised faculties of aerospace engineering and applied Earth sciences, the founders of Atmos had all the resources needed for this challenge. The team not only focused on designing a robust cross-over by taking the best of both worlds, but did so by considering one of the most demanding desires of end users: wind resistance.

The end result, Marlyn, takes off and lands vertically, even in confined spaces, while flying quickly and efficiently like an aeroplane (Figure 1), thus offering an unprecedented speed of operations. The unique design of the patented hardware enables the drone to withstand wind speeds of up to 6Bft (45km/h), with its four electric motors ensuring controlled and steady hovering. 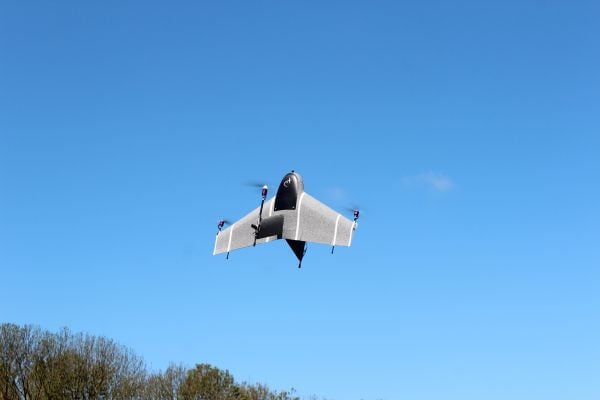 VTOL UAVS And The need for high accuracy and precision

There was a strong consensus among all the professionals interviewed regarding the need for high-quality data that will make the post-processing easier and the outputs (such as digital elevation/surface models and orthophotos) more accurate (Figure 2). After all, for most of the end users, their work is not finished when the drone has landed. Capturing high-resolution images and having precise geotagging is of the utmost importance when converting the aerial imagery into point clouds, ideally as quickly as possible.

To that end, and by taking account of the fact that the optimal integration of payload components and platform is essential, the Atmos engineering team tested multiple sensors before eventually deciding to equip Marlyn with the SONY QX1. The QX1 is an industrial-grade camera that combines an APS-C-sized Exmor CMOS image sensor with a BIONZ X processor to produce high-resolution images (5,456 x 3,632 pixels). The balanced trade-off between resolution and light sensitivity gives the advantage of a longer operational window so that professionals can map without limits. The team is also working on integrating multispectral and thermal cameras for agricultural, environmental and thermal inspection applications.

With regards to geotagging, using ground control points (GCPs) often appears to be the least appealing option for surveyors as the process requires a lot of time in the field and more complex post-processing. To reduce costs and save time, post-processed kinematics (PPK) was chosen over both GCPs and real-time kinematics (RTK), as PPK is a more reliable solution that does not require an extra data link. A full-PPK module guarantees accurate image georeferencing as the satellite positioning is fully augmented with supportive base station/VRS information. By integrating Septentrio’s high-end PPK module, all the GNSS bands are stored and used to achieve full-PPK accuracy, resulting in centimetre-level accuracies. 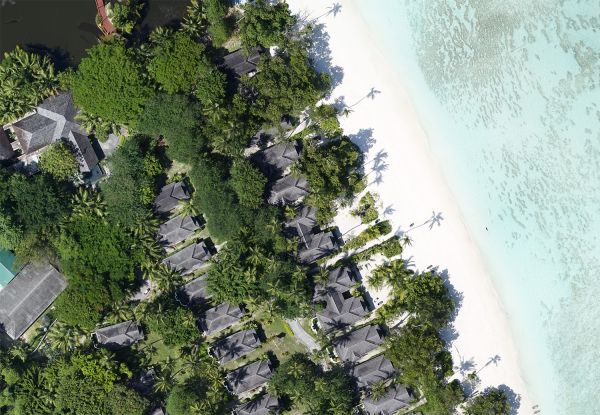