Finding the Link Between Aerial and Terrestrial Lidar Mapping

The beautiful hilltop town of Mondovì in the Piedmont region of Italy required a full 3D model of the area surrounding a proposed bridge construction project. A roadway runs on one side of the ravine. On the other side are the winding streets, alleyways, sidewalks, and stairways of the ancient quarter of Borgato. The challenge in capturing a complete 3D model of this large area is obvious; a vast array of varied conditions that are nearly impossible to adequately capture with aerial or terrestrial techniques. 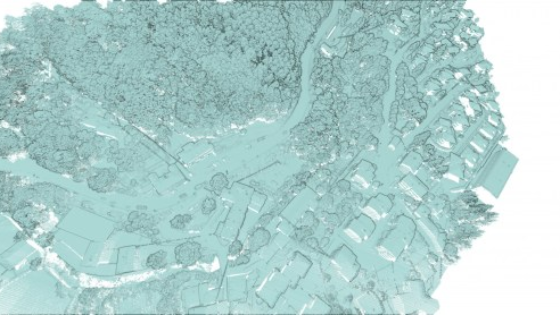 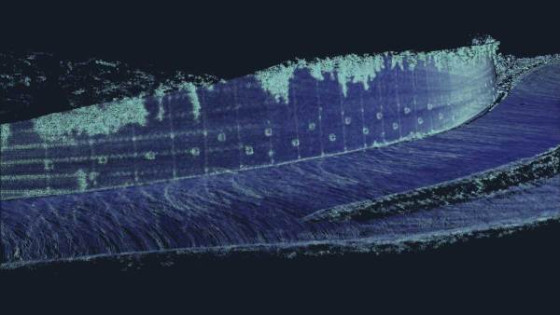 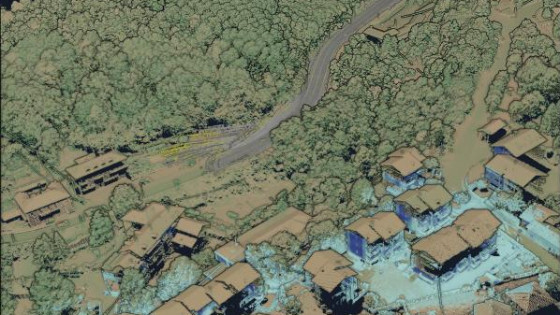 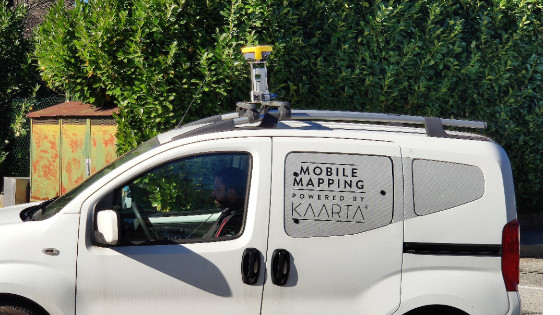 An engineering firm hired GeoMar, an architectural and topographical surveying company, to conduct the survey. Initially, GeoMar scanned the area (approximately 2.0 square kilometers/0.8 square miles) using RIEGL VUX mounted on a helicopter. The fidelity of RIEGL VUX is highly rated by geospatial professionals worldwide, with the resultant scans regarded as ground truth. While the top downfield of view from the air provides excellent data in X and Y planes, the ground-level data in the Z plane is incomplete. Information in or around structures and topographic features at ground level are not collected, resulting in a loss of complete 3D structure. 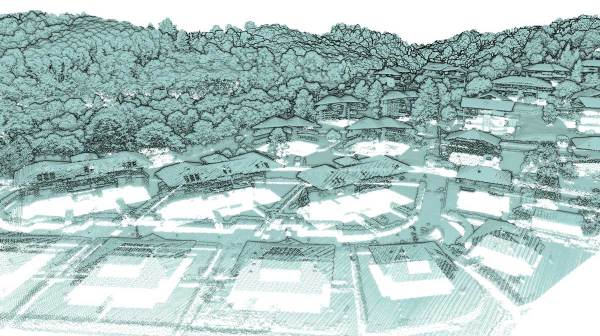 Traditional terrestrial scanning could be used to supplement the aerial top-down view, but the large amount of time consumed by preparation, setup, and scanning was not feasible given the project schedule, terrain, and diverse conditions. Instead, GeoMar required a streamlined solution that would go from start to finish in a much shorter time frame. Having utilized Kaarta Stencil® in a wide array of projects in the past, GeoMar was optimistic Stencil was the right tool for the job.

The Kaarta Solution for Aerial and Terrestrial Lidar Mapping

To enhance the original aerial base map and essentially “bridge the gaps” in data (pun intended), GeoMar’s Alberto Raschieri put Stencil with GNSS capabilities to work. Since 2001, GeoMar has been engaged in the application of new technologies and IT methodologies in the fields of architecture and topography. GeoMar was an early adopter of handheld mobile mapping systems, adding Kaarta Stencil to their toolset in 2017. GeoMar has been an innovator in the many uses and applications for Stencil, continuing to impress clients and product developers alike.

Stencil acquires high accuracy data and is capable of capturing elements that are incomplete or not visible using an aerial method. GeoMar scanned 300 kilometres (900 feet) of the roadway side of the bank using a vehicle-mounted Stencil configuration with a GNSS receiver. Fig 3. Render of Stencil data with detail on retaining wall along the roadway.

GeoMar post-processed the Stencil data using the GNSS data for loop closure and then geo-registered it to the Riegl data to form a complete 3D model. The accuracy of the RIEGL and Stencil data was within 3 cm. 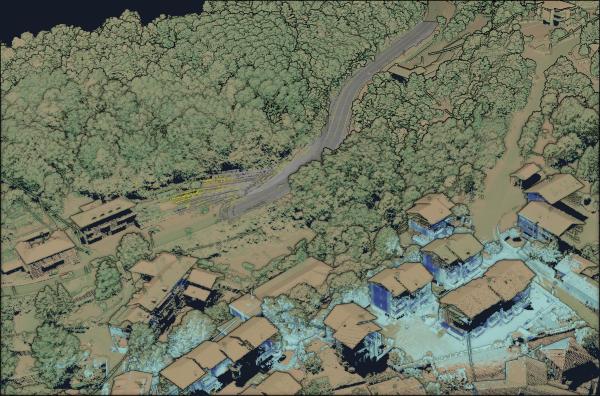 Fig 4. Accuracy of RIEGL DTM and Stencil data corrected with GNSS is within 3 cm.

GeoMar surveyed 1.5 kilometres (.93 miles) of the Borgato side of the bank by hand carrying Stencil, easily navigating all of the areas that needed to be captured. Again GeoMar used GNSS in loop closure to correct for drift and then geo-registered the data. While just driving or walking with Stencil, GeoMar collected the required data in a fraction of the time compared to using total stations or traditional survey equipment.

Using Stencil both handheld and vehicle-mounted allowed greater versatility on scanning viewpoints. Data missed by the aerial mapping, glaringly evident on vertical infrastructures like retaining walls, vegetation, and building facades, was captured easily and accurately in under 30 minutes (20 minutes of walking plus 5 minutes of driving). 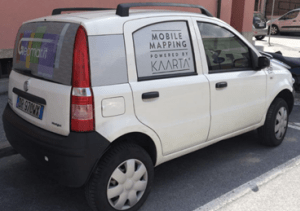 Stencil’s comprehensive data collection (300,000 points per second) eliminated the need for return trips to the field for additional measurements. Due to its portable weight and size, Stencil was managed by a single person without the need for additional equipment or personnel. The time and cost savings associated with its portability, accuracy, and reliability, made Stencil the obvious choice to solve GeoMar’s problem.

Stencil has been a clear winner for GeoMar. As demonstrated in the Mondovì bridge survey project, Stencil provides flexibility and versatility in data collection, with the ability to capture data quickly and efficiently. The system is easily switched between hand-carrying and vehicle mounts for data collection, additional setup changes are not needed.

One of the most important aspects of this project was the complementary nature of both the aerial scanning with the RIEGL system and the hand-carried and vehicle-mounted Stencil. The maximum 3cm difference between the RIEGL data and the Stencil data demonstrates the level of accuracy Stencil is capable of producing even over distances greater than a kilometre.

As accuracy and productivity have increased, so has GeoMar’s scanning services portfolio. They produce prompt deliverables which document the complete 3D scene of a site or project area, a definite value-added product for their clients. GeoMar has built a solid business around Stencil.

Do you want to get in touch with Kaarta after reading this article? 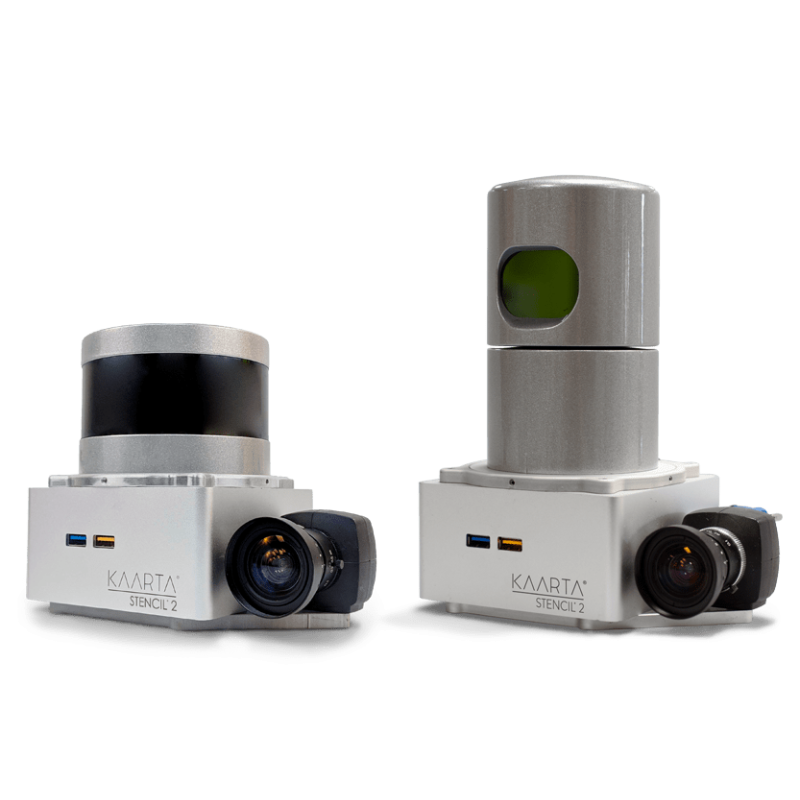