Vermont Gas Systems (VGS), located in South Burlington, VT, serves natural gas to 50,000 customers in three counties in the Northwest corner of the state from the Canadian Border South to Salsbury, VT. Like many small natural gas utilities, VGS had an outdated system of record and an archaic way of updating it that relied on paper workflows and institutional knowledge. Historically, data collection at VGS was an entirely paper process that took many months to complete. Field Inspectors would create detailed field notes during the ‘construction season’ and update the hand and CAD drawings in the winter months. This took a team of five to eight employees an entire year to complete before the cycle began again in the spring as construction season kicked off again. 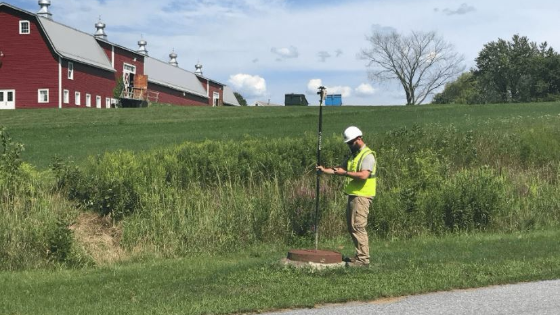 “We would spend eight or nine months installing services and mains with only a vague idea of what happened and when. Then we’d spend the winter figuring out what we did and making a record of it.” 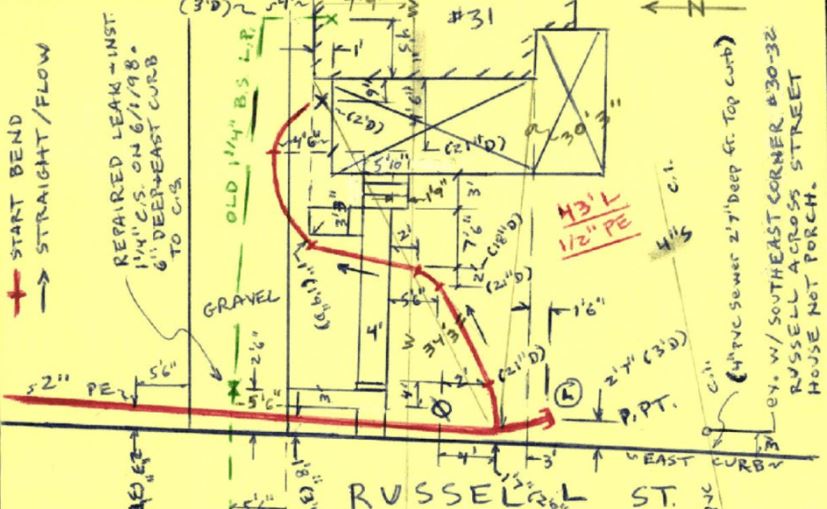 Between 2016 and 2018, VGS developed a series of pilot projects seeking to leverage GIS and GPS technology to accurately capture digital data in a far more timely manner. Multiple vendors were evaluated and considered for ‘off the shelf’ data collection products but nothing seemed to be a good fit for VGS field personnel. Engineering staff experimented using some existing GPS units but found the user interface, required training and overall cost to operate to be prohibitive.

Concurrently, VGS’ GIS Team was building a web mapping platform using Esri’s ArcGIS Online. The field crew was beginning to be comfortable with the suite of Esri field mobile apps they could run on existing phones and tablets.  The ArcGIS Collector app was already being deployed for several inspections. It was much easier to use than previous technology and field users took to it very well. 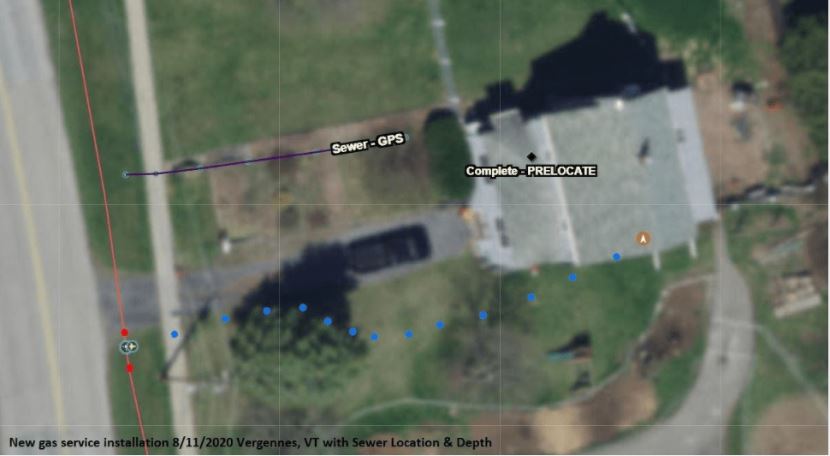 Ensuring positional accuracy of mapping and locating assets was the next challenge. The integrated GPS sensor in the iPhones and iPads used by VGS lacked the level of accuracy required. VGS learned of external GPS receivers that could Bluetooth with their existing devices running Collector.

“We tested and purchased a couple of different submeter GPS units and they generally worked well, but when it came down to it, they still lacked the level of accuracy we wanted to capture. To maximize the effectiveness and productivity of our inspections, we determined survey-grade accuracy positions in the GIS was what we desired. At the same time, we needed the higher accuracy collection system to work seamlessly with our GIS field workflow.” Said Cunningham.

VGS researched survey-grade RTK units that could work with the State of Vermont’s free RTK correction network to give them sub-inch accuracy. They also needed to work seamlessly with Collector running on their various smart devices including iPhones and iPads. The Eos Arrow Gold GNSS RTK units were evaluated and GIS staff secured funding to purchase one unit for a proof of concept pilot project. VGS reached out to Anatum Geomobile Solutions who are high accuracy GPS specialists and Eos Arrow distributors as well as experienced Esri Business Partners. “Having a GPS vendor that also clearly understood the Esri GIS ecosystem and could assist with the workflows was really beneficial and saved us a lot of hassle”.

Anatum Geomobile Solutions had an Arrow Gold unit shipped the next business day and with their help, VGS was up and running with ArcGIS Collector capturing sub-inch data by the end of the week. After a few days of testing and a couple of quick calls to AGS customer support; it only took a couple of weeks to show tangible results. Results were overwhelmingly positive and VGS pulled the trigger and purchased several more units to outfit each inspector with a GPS unit within a matter of months. 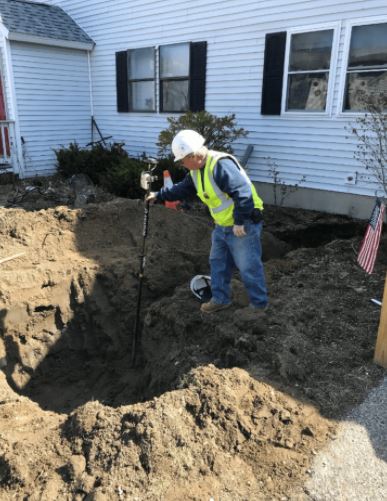 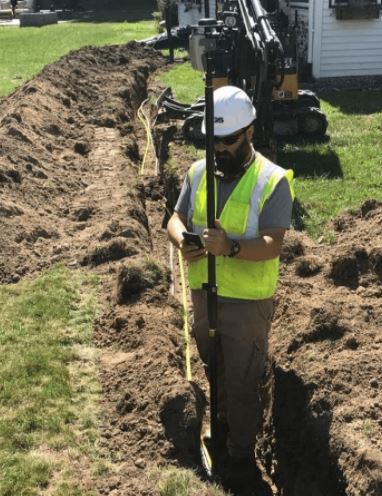 The Eos Arrow Gold Units distributed from Anatum Geomobile were the perfect tool for the job. They were easy to set up, easy to use, and easy to troubleshoot. They worked seamlessly between devices and field inspectors were thrilled to move away from paper field notes. In 2019, VGS deployed five Eos Arrow Gold Units and captured over 90% of all new construction using GPS data with ArcGIS Collector. This improved the quality, timeliness, and accuracy of the data.  It also freed up months of time on the backend of Construction season.

“What used to take five to eight employees were now taking two or three employees half the time. It’s resulted in an incredible amount of time, effort and money saved,” says Cunningham.

By the start of the 2020 construction season, VGS had purchased two more Eos Arrow Gold receivers. The GPS units proved far more versatile than other geospatial tools and technology VGS had previously used and they were soon deployed far beyond the scope of new construction inspections. VGS has deployed Arrow Gold Units for everything from transmission inspections, right-of-way (ROW) / vegetation management, annual compliance inspections, and collecting legacy data on older parts of their system.

GIS and Engineering staff has also collaborated with a local Sewer & Septic Contractor to purchase their own system and develop a GIS programme to document sewer locations and repairs with a level of accuracy and confidence that hasn’t been achievable in the past. Conflicts between sewer and gas utilities can have very dangerous consequences and using high accuracy GPS data, VGS has effectively minimized this risk during installation.

As VGS continues to leverage its investment in GIS; the need for good data will only increase. Accurate, dependable, easy to use GPS units in the hands of skilled field personnel is the most effective and efficient way to gather the best available data on a gas distribution network

Cunningham summed it up, “For us, high accuracy GPS and mobile GIS is an essential tool.  It will become as prevalent as fire extinguishers and leak soap; another tool in an employee’s toolbox to help them do their jobs to the best of their ability.” 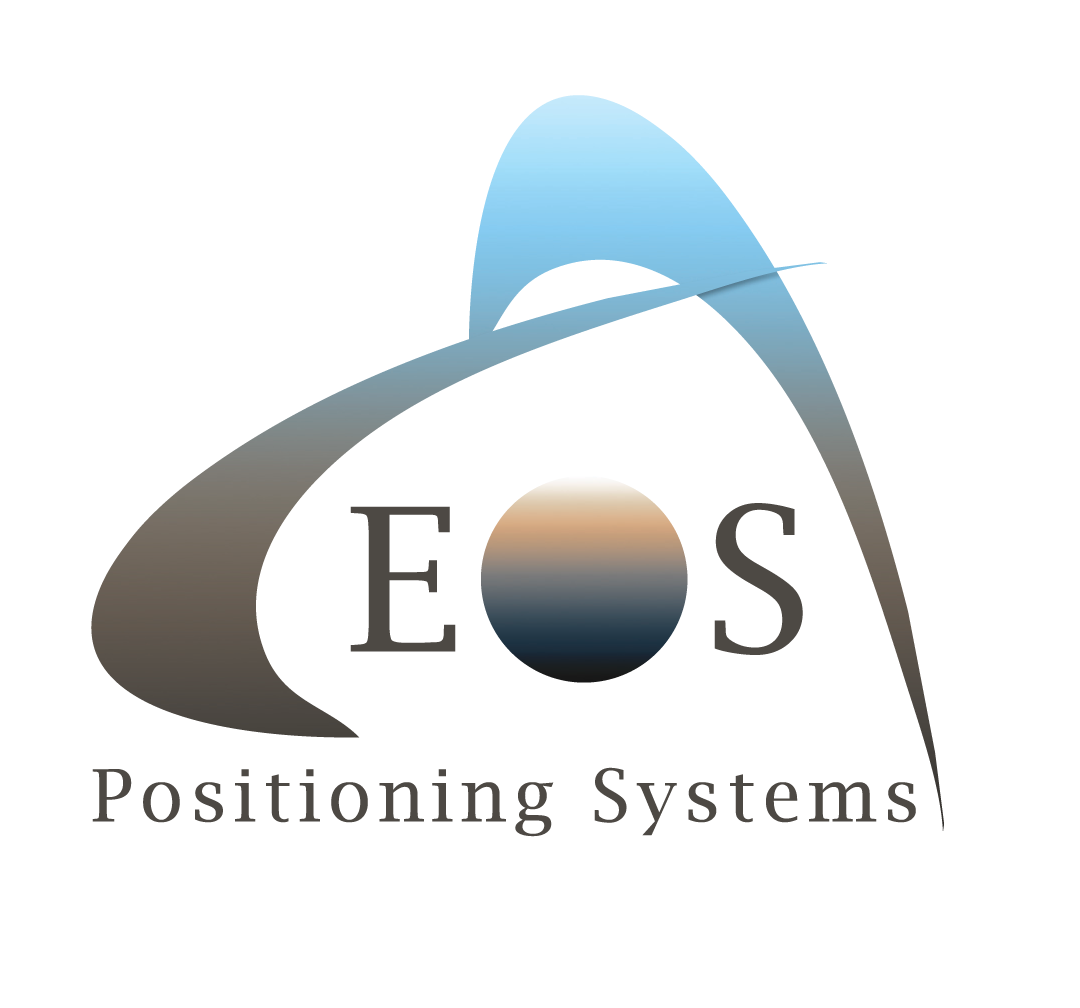 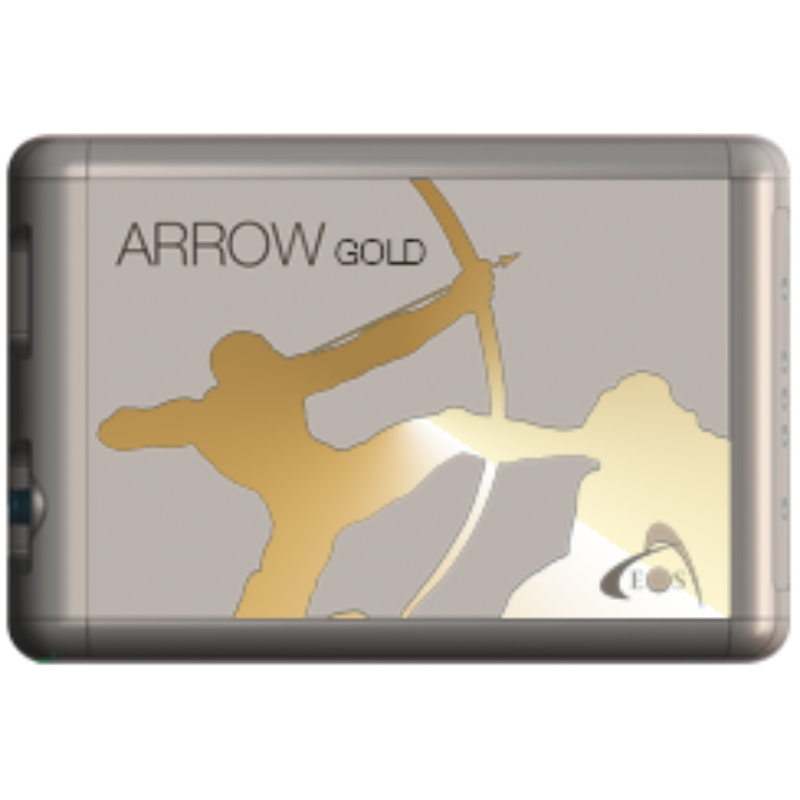