Designed for a Seamless Workflow

The new SWiFT CTDplus Turbidity is the latest in Valeport’s popular range of SWiFT profilers and delivers enhanced accuracy and versatility for those requiring combined CTD measurements and Turbidity observations. 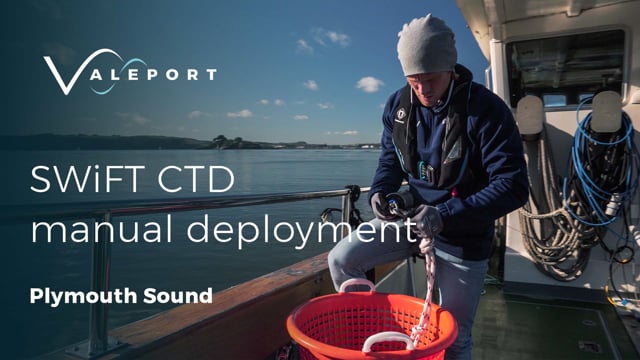 Measured CTD with all the benefits of the SWiFT

Ease of use is at the heart of the SWiFT range and the new SWiFT CTDplus Turbidity not only makes any problematic battery changes a thing of the past and delivers fully automated data transfer with no user input required, it also features Valeport’s signature SWiFT magnetic switch ring. The switching ring is easy to operate even with cold hands, it simply turns through 90 degrees and reassuringly clicks into position. The end cap features user-friendly LED indications for operational status, GPS, battery and Bluetooth® wireless technology.

Using Valeport’s world-leading high-accuracy sensor technology to combine sensors for multiple profiles in a single drop, the SWiFT CTDplus Turbidity features a new fast response temperature probe and operates down to 500m as standard, delivering directly measured Conductivity, Temperature and Depth with Turbidity observations. In addition, the SWiFT CTDplus Turbidity will provide computed Salinity, Density and Sound Velocity. Valeport’s Turbidity technology is essentially two sensors in one. The first is a “classic” nephelometer, using a 90˚ beam angle for turbidity levels between 0 and 2,000 NTU. The second sensor uses Optical Backscatter (OBS) for turbidity levels up to 10,000 NTU. The sensors output data separately and simultaneously at a programmable rate. This means that there is no need to switch ranges as conditions vary. Intelligent sampling and the use of a 24-bit ADC eliminate the need to switch a gain.

Data can be quickly and easily downloaded wirelessly and uses Valeport’s new Ocean software for Windows, iOS and Android. Data can be instantly shared in industry-standard data formats. 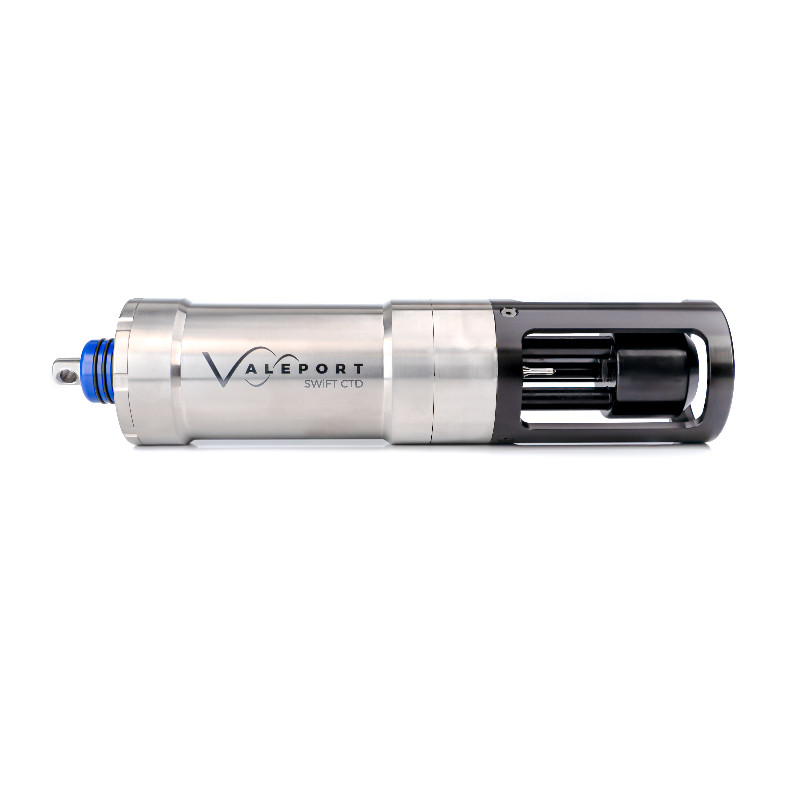 Designed for a Seamless Workflow 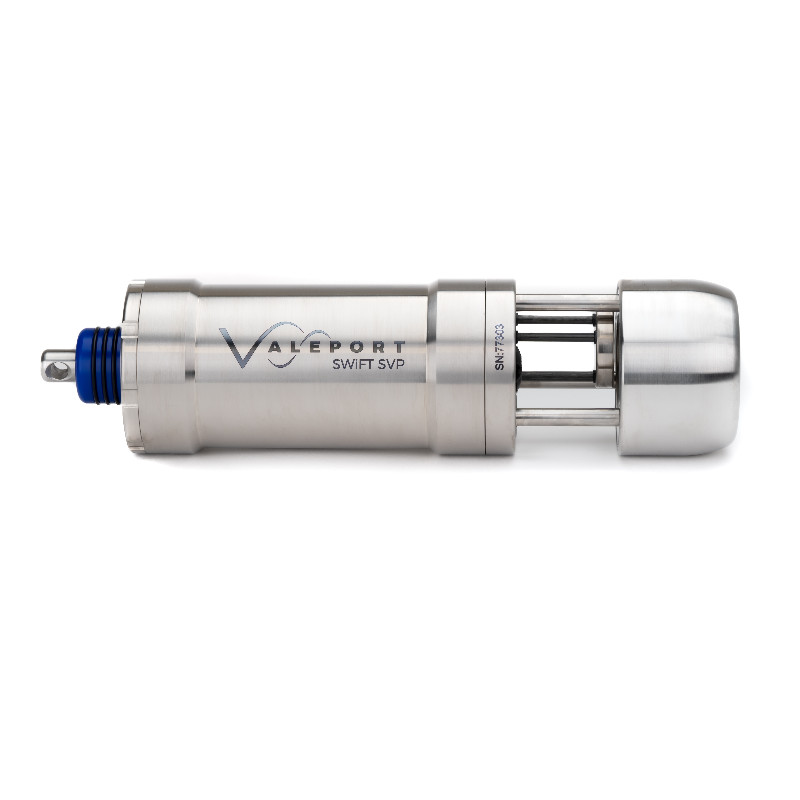 Designed for Coastal, Harbour and Inland Hydrographic Survey Use, the Swift SVP Makes a Seamless Workflow a Reality in a Compact, Robust and Portable Package. 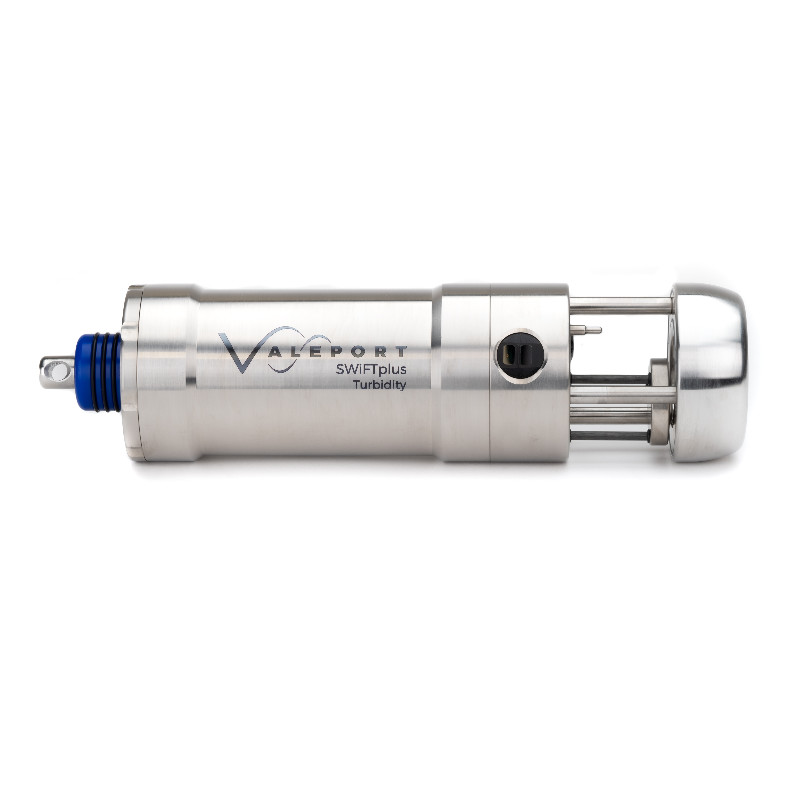 The Package Is Completed With the Convenience of Bluetooth® Connectivity, Rechargeable Battery and an Integral GPS Module to Geo-Locate Each ProﬁLe. 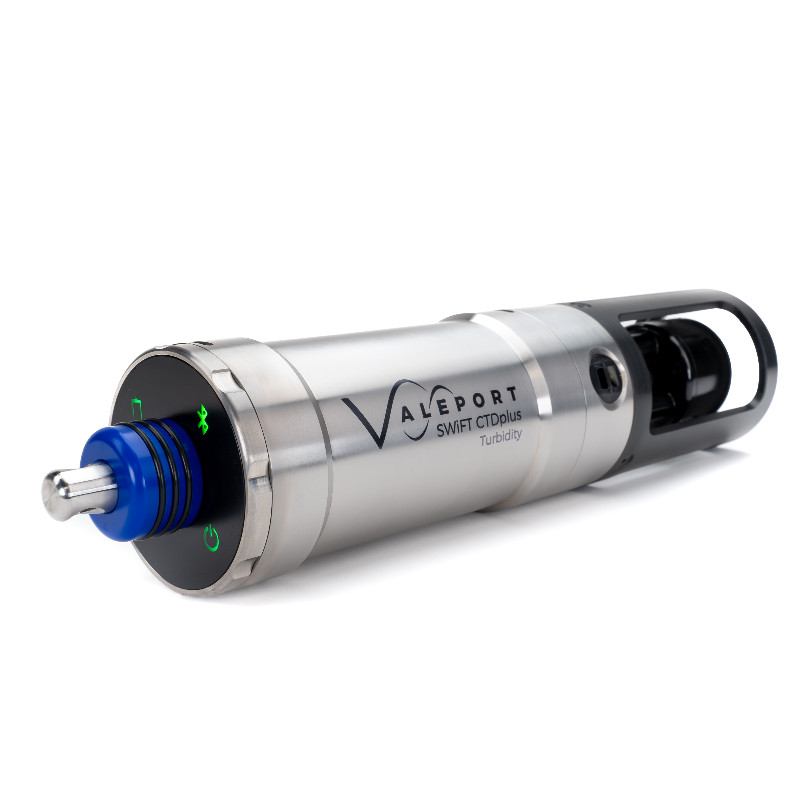 Ask for a quote Contact Valeport Limited to receive a quotation.

Fill in the form below to send out a contact request to Valeport Limited.