What is a Side Scan Sonar?

Very often we get asked questions about different techniques and subjects within various work fields. Every once in a while we get the opportunity to ask those specific questions to a field expert. In this article, your questions will be answered by our technical editor, Christian Panayatov, who works as a hydrographic professional.

What is a Side Scan Sonar?

A Side Scan Sonar is a device designed to provide high definition acoustic images of the seabed. They give a near visual representation of the geological features and general indications of the water bottom interface, the so-called reflectivity of the signal.

Side Scan Sonars are usually lightweight systems, designed for shallow water up to a depth of several hundred meters, and easily transportable. Because of their small size and low weight, their ease of use and the quality of their data make them very attractive to use.

What is a Side Scan Sonar used for?

Side Scan Sonar is a device designed to provide high definition acoustic images of the seafloor. Side Scan Sonar images fully reproduce even the smallest details on the interface (depending on the resolution achievable). They give a near visual representation of the geological features and general indications of the water bottom interface, the so-called reflectivity of the signal.

How does a Side Scan Sonar work?

Side Scan Sonars give a near visual representation of the geological features and general indications of the water bottom interface, the so-called reflectivity of the signal.

A Side Scan Sonar scans the seabed with two side antennas with a very narrow horizontal directivity, around one degree or less. The signal bounces back through the seabed and is recorded for some time, this way it reproduces the structure of small irregularities on the seabed which are better imaged at a specific angle of incidence.

The resolution of the Side Scan Sonar is typically a few tens of centimetres. The frequency range used is in the diapason of hundreds of kHz.

A narrow sound beam is transmitted at a specific angle of incidence and will intercept the bottom along a thin strip, spreading out with distance. Inside the strip, the very short signal transmitted will delimit the area scanned, of very small dimensions, sweeping over the entire area covered. The echo received with time will show the bottom reflectivity along the swathe, and particularly the presence of irregularities or small objects on the seabed. The signal is recorded laterally, hence the name “Side Scan Sonar”. It is added to the earlier recorded signals at previous positions of the Tow Fish and line by line, it creates a genuine image of the seabed.

The resolution of a Side Scan Sonar is typical a few tens of a centimetre. The frequency range used is in the diapason of hundreds of kHz.

How can Side Scan Sonar data be processed?

There are different software packages for processing the Side Scan Sonar data.

The first step is to import your files if there is a GeoTiff image with background bathymetry data, in order to match the lines of the Side Scan Sonar with the GNSS. The matching is done via well visible objects such as boulders. Each line has to be moved because the X, Y, Z positions of the Side Scan Sonar are not as accurate as the data acquired by Multibeam Echosounders. MBES uses GNSS position and Side Scan Sonars use beacons and Ultra Short Base Line USBL systems.

Then lines have to be processed for a Bottom Track option to correctly track the bottom. There are different options for tracking the bottom such as:

The artefact must be removed from the Side Scan Sonar line either by smoothing it or making it transparent.

If you are not satisfied with the length or the width of the Side Scan Sonar line you can use options that trim the beginning or end of the line or adjusting the range of the port or starboard side by cutting the data.

The essential processing of the Side Scan Sonar data is setting the right gain parameters.

What is a Tow Fish?

A tow fish is a device that is towed by a cable behind a ship, attached to a winch system, installed at the aft of a ship. Such a device could be a Side Scan Sonar, Magnetometer or Gradiometer. These devices need to be used very close to the seabed in order to yield excellent results and therefor they are towed from the aft of the ship. The advantage of the towed devices, working close to the sea bottom is the low ambient noise level and the small values of the absorption coefficient. This configuration makes them work in good stability and noise condition at a specific angle of incidence. A Side Scan Sonar is usually towed at approximately 10% of the sonar operating range elevation above the seabed.

Towed devices must be made of a material suited to great depths and high pressure which requires robust housing and electric cables with a length of several hundred meters long. This calls out for the use of a large ''Fish'' towed at low speed.

Tow Fishes are usually of small dimensions and weight, easily deployed by small teams from coastal boats. Line by line, they create a genuine image of the seabed. 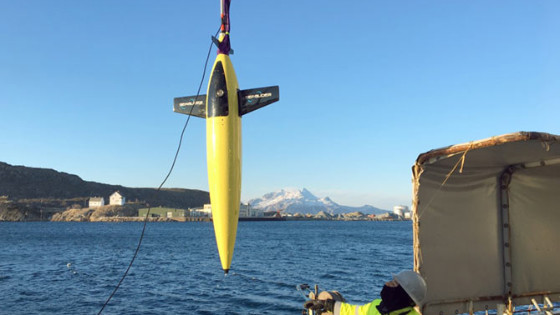 Kongsberg Maritime's Seaglider is being sent out on a six-month autonomous mission in the sea between Bodø, the edg 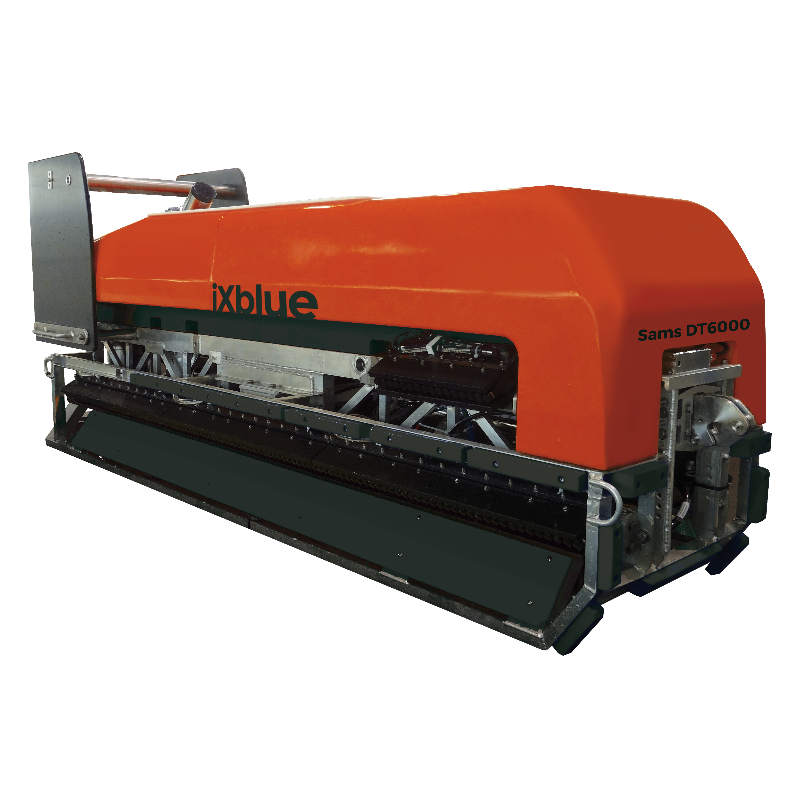