LiDAR vegetation penetration capability enables concentration camp visualisation. The island of Alderney, a British crown dependency located 10 miles off the coast of France, was once home to a German SS concentration camp. Professor of Conflict Archaeology and Genocide Investigation at Staffordshire University in the UK, Caroline Sturdy Colls travelled with her team to the island to investigate the camp. 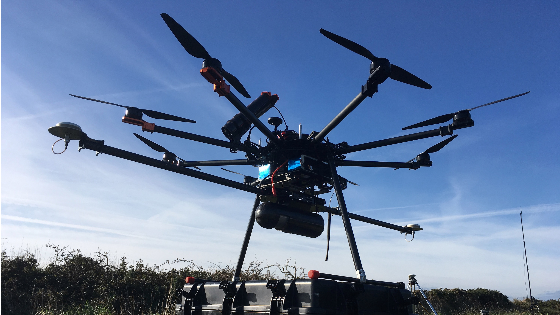 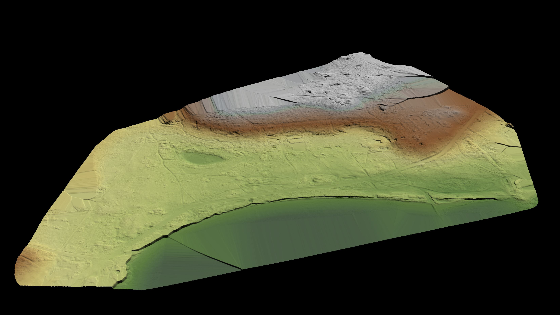 The investigation and the surprising results were the subjects of a documentary 'Adolf Island' produced by the Smithsonian Channel. The documentary showcased Routescene’s 3D mapping technology and demonstrated how LiDAR is currently being used in industries such as archaeology, forensics and heritage to create a bare earth model to identify structures without disturbing or obstructing protected land. 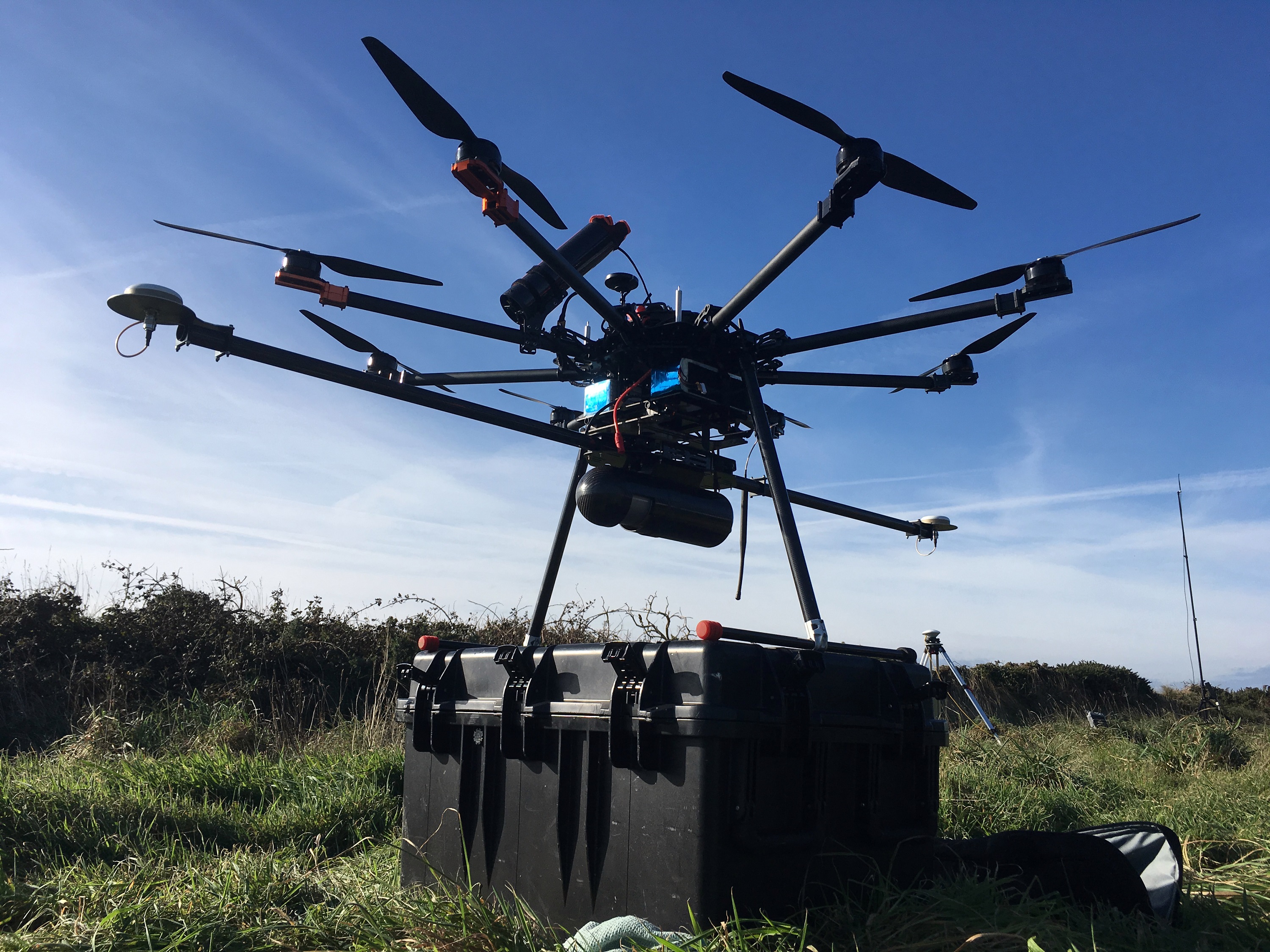 Routescene’s technology uncovers the full extent of the gravesite

Routescene customer and frequent collaborator, Flythru, was contacted by Professor Sturdy Colls to conduct a UAV LiDAR survey of the sites at Alderney. Sylt, the concentration camp built and run by the SS, and Longy Common, a graveyard, were chosen based on records from a German War Graves Commission investigation from 1960. 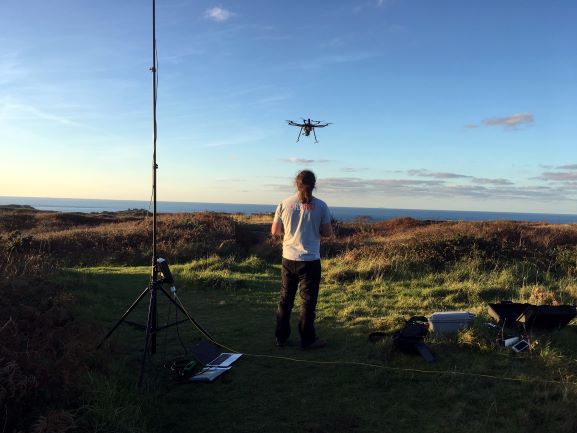 The terrain was covered in thick vegetation

Flythru used Routescene's integrated UAV LiDAR system. LiDAR is a remote sensing technology which measures the height of the ground surface and other landscape features using laser pulses. Designed for use on drones, Routescene's LidarPod comprises a carefully selected array of sensors including the Velodyne HDL32 LiDAR scanner. With a scan rate of up to 1.4 million points per second from 32 different lasers angled in a 40-degree field of view, this sensor enables high-resolution vegetation penetration. This helps users uncover ground features which are not easily visible from the ground or are obstructed by thick vegetation.

Michael May from Flythru commented, “We have been using the Routescene UAV LiDAR system, which includes the LidarPod and LidarViewer, for over 3 years now. For applications where we need to penetrate vegetation, it has proved to be a valuable tool. The number of laser hits we achieve on the ground is unparalleled with up to 400pts/m2 through thick vegetation. This equipment is ideal to survey sites which are overgrown or woods and forests which are inaccessible using conventional survey methods. Without UAV LiDAR it would have taken weeks to survey the Alderney sites. Due to the thick cover of vegetation, it would not have been possible to visually detect the structures we found. With Routescene's system on the UAV, we achieved these results in a couple of 15-minute flights.”

The data gathered was processed on-site immediately after the UAV survey using LidarViewer, Routescene's 3D processing and visualisation software. Using the Bare Earth Tool within LidarViewer the team quickly and easily removed all the non-ground points to reveal the surface below and produce a Digital Terrain Model (DTM). The DTM exposed previously undiscovered features that had been completely obscured by the vegetation covering the site. The Bare Earth Tool is newly available in the Routescene LidarViewer software package. Designed specifically for heritage applications like this, it considerably reduces the amount of time it takes to digitally remove all features above ground level. This allows artefacts covered by vegetation to be revealed in the DTM.

Michael added, “When you are on-site you need to visually present results as quickly as possible to establish if you have captured the results you need. We had limited time on-site on this project and needed to quickly assess the findings. The data processing with LidarViewer is so quick and easy you can present data within minutes.”

Routescene founder and CEO Gert Riemersma commented, “We are proud the Routescene system is being used for such historically and socially important work. The system has proven to be ideal due to its' portability and ease of use on such difficult sites. Combined with its' high level of accuracy, ability to penetrate vegetation and process the data on-site is a real advantage.”

In addition to using UAV LiDAR, Professor Caroline Sturdy Colls also used photogrammetry, a different remote sensing technique in which hundreds (sometimes thousands) of photographs are taken of a site and stitched together to create an overall three-dimensional model.

Ground Penetrating Radar (GPR), which sends radio waves into the ground and allows artefacts under the ground to be detected, was also used. Overlaying all the results from the three different techniques provided an accurate, highly detailed 3D digital model of the camp, highlighting features of interest both above and below ground for further investigation.

Lidar image of the site with vegetation removed

Professor Sturdy Colls said, “The LiDAR and photogrammetry UAV surveys that Flythru completed on Alderney assisted us greatly in our research. The overgrown vegetation and the size of the sites that we were investigating made ground-based surveys difficult and using UAV was the obvious choice. Flythru were knowledgeable, competent and friendly and explained every step in the process. Health and safety and securing permissions were at the forefront of their approach. The results were better than we could have hoped for. At SS concentration Camp Sylt many additional structural elements were identified in the LiDAR survey that was previously hidden behind dense vegetation. This allowed us to complete, for the first time, a digital reconstruction of this important site". 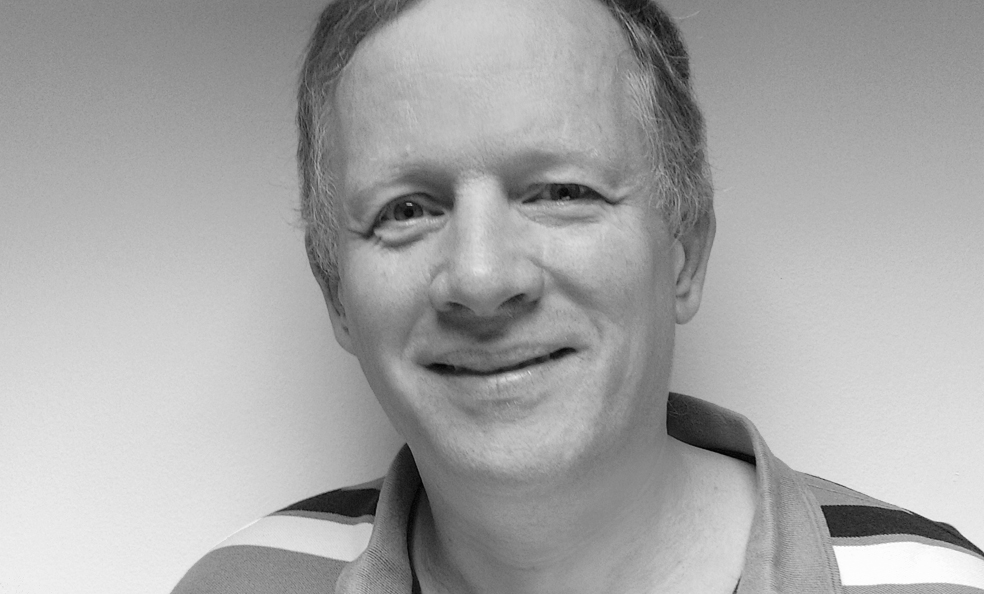 Gert Riemersma, CTO of Routescene, has 20 years experience as a hydrographic surveyor and a private pilot since 1986; worked with LiDAR since 2008 and UAV LiDAR since 2013. He is the CTO and founder of Routescene. We are proud the Routescene system is being used for such historically and socially important work. The system has proven to be ideal due to its' portability and ease of use on such difficult sites. Combined with its high level of accuracy, ability to penetrate vegetation and process the data on-site are a real advantage. 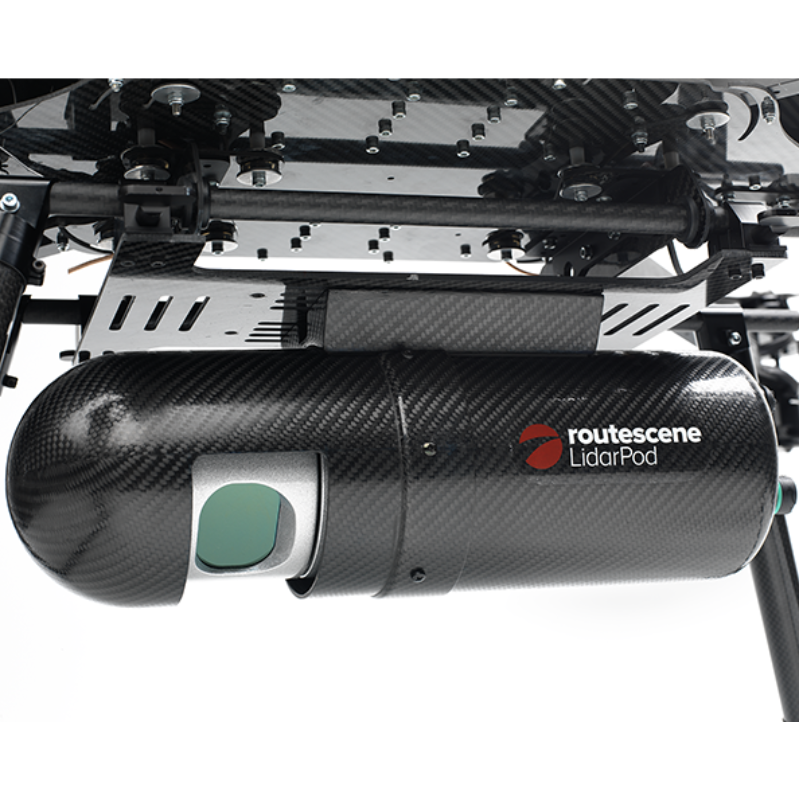