IP-S3 HD1 - Multiplying the productivity of highway road maintenance FUTABA Consultant Co., Ltd. headquartered in Iwaki-City with three branch offices in Fukushima and one in Tsukuba-city, Ibaraki, performs many construction survey projects, mainly in northeastern and eastern Japan. FUTABA is not only utilizing new technologies but also passionately developing their own innovations. 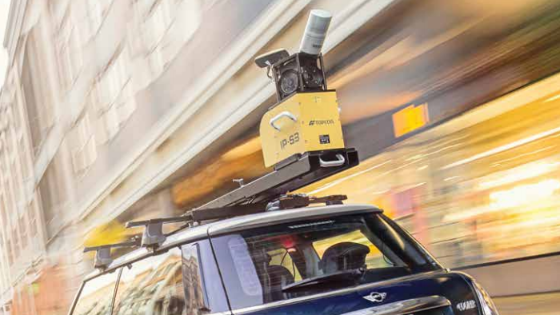 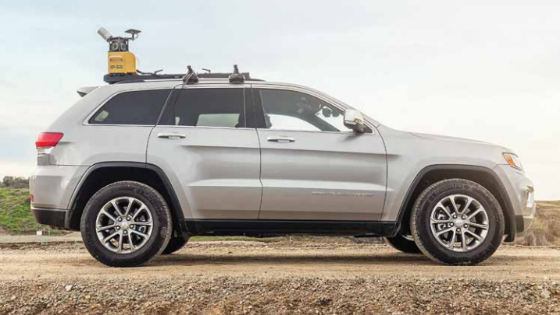 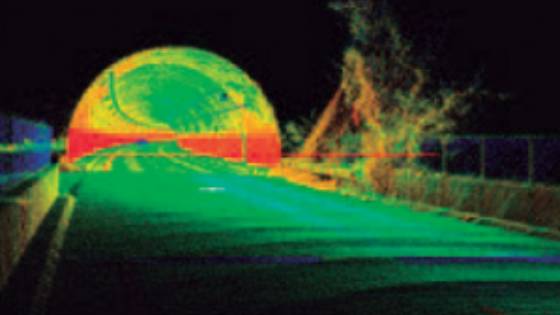 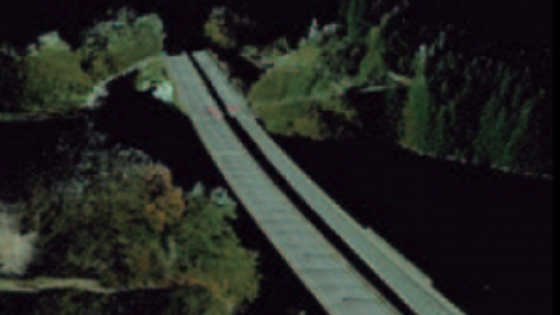 Efficient survey operation and contributing to the community

Yuichi Miura, director and survey general manager of FUTABA, explained that FUTABA has been seeking contributions towards the recovery of the local community since the Great East Japan Earthquake of 2011. Miura said, "We believed our mission as a surveying company was to create precise base map data as soon as possible by surveying the large affected areas quickly and with high-density scans. At that time, we were already using 3D scanners but we decided to make a bigger contribution to the local community by using the IP-S3 HD1 and increase our survey operational efficiency more than ever."

FUTABA was tasked with surveying large areas of all highway roads in Fukushima as well as inspecting road surface elements such as centerline, traffic signs, safety facilities, road surface shape and so on. The inspection process is traditionally done with images recorded by video cameras on patrol cars. This conventional method provides only limited information due to the one-directional, one-time recording nature of video cameras, so it takes more time to complete the inspection and sometimes results in traffic obstruction. FUTABA managed to secure the project by proposing the use of the IP-S3 HD1 scanner. Additionally, it was noted FUTABA’s Topcon 3D GLS-1000 scanner and more recently purchased the GLS-2000 enabled the company to rely on many years of experience to create their own work guidelines, which was favourably evaluated by the awarding party.

"The IP-S3 HD1 solved all the problems that we had. Since the IP-S3 HD1 system can acquire 360-degree panorama images, position data, and related 3D scanned data at the same time — we don't have to control the lane of the roads anymore. Now we can get long distance data in a very short time. - Kazuhiko Sumiya, survey deputy general manager of FUTABA

Kazuhiko Sumiya, survey deputy general manager of FUTABA, said, "The IP-S3 HD1 solved all the problems that we had. Since the IP-S3 HD1 system can acquire 360-degree panorama images, position data, and related 3D scanned data at the same time — we don't have to control the lane of the roads anymore. Now we can get long distance data in a very short time. In addition, we can see the detailed location, position and shape of objects captured by the data. That is very appreciated by our client." Sumiya explained that acquiring data with the IP-S3 HD1 has changed the way their clients work. They are now using panorama images instead of the conventional maps during maintenance and construction project meetings between clients and the divisions of FUTABA.

Sumiya said, "The information data that IP-S3 HD1 can acquire is massive, so inspection projects have become much more efficient. Also, for other projects, the high-density 3D scan data is used for designing the alignment, cross-section and the ground plan. We believe the IP-S3 HD1 can be used not only for road maintenance but also disaster inspection, ageing facility inspection, remodelling progress inspection, before and after the construction comparison, etc."

FUTABA designed a "Total 3D Survey System" to deliver large-scale, high-density 3D data such as digitalized maps, images, etc. by using 3D laser scanners (GLS-2000), mobile mapping systems (IP-S3 HD1) and photogrammetry (UAV). Miura said, "It is very easy to imagine how it will be fully utilized for surveys of ICT Construction or "i-Construction" *, which is now expanding. We would like to propose this system not only to our clients but also to construction companies in other areas and construction machine rental companies to make partnerships with. We trust how the IP-S3 HD1 operates as one of the most important instruments in our system."

FUTABA is promoting the "FUTABA MMS Caravan" project they opened on their website showing measured panorama images. FUTABA also provided the acquired data of this project to the local government and volunteered services for the recovery of the damaged area. 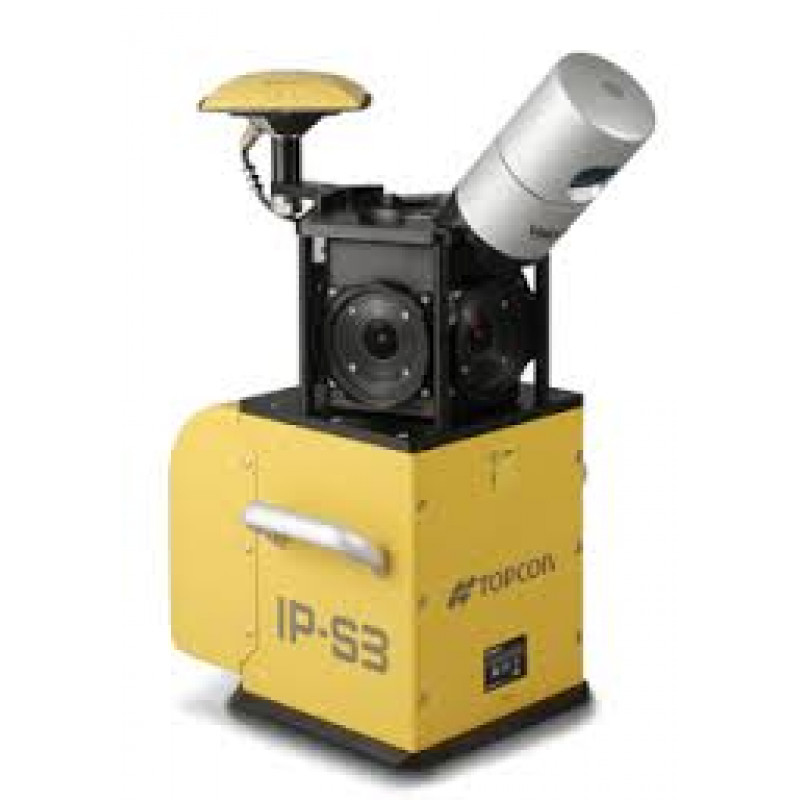 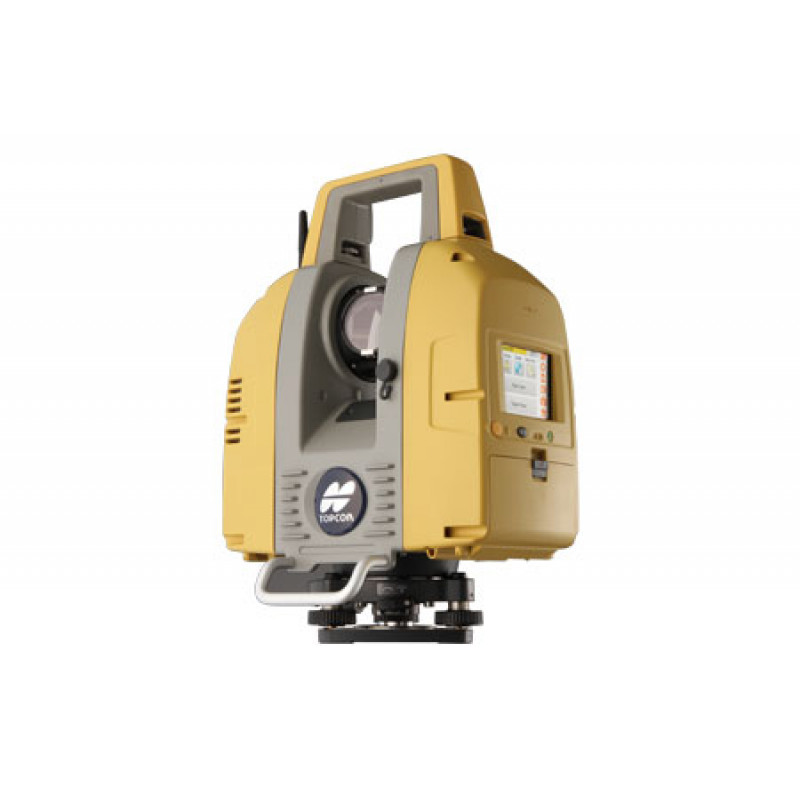