UAV Photogrammetry as an Alternative to Classic Terrestrial Surveying Techniques

Terrestrial surveying is both challenging and complex. Traditionally, surveying professionals have relied on tools such as total stations, GPS receivers, and ground laser scanners to acquire high-resolution spatial data on land surface topography. But with continual advancements in unmanned aerial technologies over the past few years, drones have emerged as a prominent surveying and mapping tool. 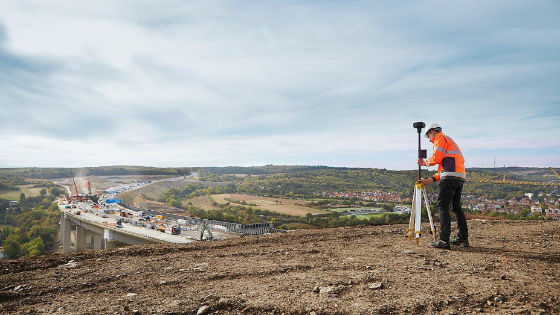 One of the biggest advantages of photogrammetric mapping with UAVs is that it allows land surveyors to accomplish more in less time. Surveying jobs that would typically take weeks to complete can be finished in a matter of days with UAVs. As such, using UAVs can prove to be significantly cheaper for many projects.

And since UAVs can be deployed rapidly, just about anywhere, their use eliminates the need of sending surveying crew into hazardous areas, like rooftops, ledges, roadways, unstable soil, and steep embankments. Even inaccessible features, such as cellphone towers and treetops, can be mapped easily through the use of UAVs.

Can UAVs be called effective tools for terrestrial surveying?

Keeping the many advantages of UAV photogrammetry aside, surveying is a job that mandates a high degree of accuracy. And reported accuracies from UAVs have commonly fallen short of their theoretical potential.

Yes, says a report published in the Journal of Unmanned Vehicle Systems (Dec 2019). With leading-edge unmanned hardware and conscientious data processing, UAV mapping is accurate enough to supplement or replace terrestrial survey methods for many applications, the researchers contend.

To support their hypothesis, the researchers triangulated a 4-acre church site seven times using a DJI Inspire 2 drone equipped with a high-precision PPK GNSS system and a Zenmuse X4S camera. The site contained both smooth surfaces that drone data is known to model well (parking lots, fields, and rooftops) as well as features that are not expected to model well with aerial photogrammetry (walls, overhead wires, and the ground under vegetation). The researchers used data from stereo image pairs to fill in the missed or distorted features.

And even though the UAVs high-end positioning system meant that precision depended little on ground control, the team collected 23 well-distributed control points to compute the transformation for redundancy and to provide enough data for meaningful statistics.

Aerial data collection was completed in half a day of field time with another day and a half of processing work. Conventional surveying and data processing, meanwhile, took three days to complete. With only a 2 cm vertical root mean squared error (RMSE), UAV mapping turned out to be consistently and sufficiently accurate to be used for many applications typical of terrestrial surveying. The researchers also observed that the accuracy improved when the UAV was flown at a lower altitude (albeit with diminishing returns). Had this been a typical terrestrial surveying project, using UAVs would have resulted in a 33 per cent time savings and a 58 per cent cost savings.

The researchers further studied the economic viability of UAV mapping by conducting a rooftop survey for a solar panel installation. The team collected aerial data on three grocery store rooftops, ranging between 3 acres and 7 acres, in a single day. Without putting any worker on the roof, all features were extracted in stereo, including gas lines, roof vents, HVAC units, skylights, and electrical panels. While conventional terrestrial surveying would have taken 12 days from the project’s kickoff to the final delivery, ‘flight to delivery’ took only 7 days –realizing a 41 per cent cost savings and a 58 per cent savings in time.

In another example, the team collected aerial data for a full topographic–planimetric survey from a 260-acre golf course in one day. If classical methods were to be deployed, three field crews would have taken 30 days to collect this data, leading to significant downtime of the course. Indeed, some heavily vegetated areas on the course required conventional surveying, but the UAV was able to map many semi-obscured locations via stereo compilation by selecting a suitable stereo model. Effectively, the entire site was mapped in 15 days at a cost savings of 75 per cent and time savings of 50 per cent.

UAVs are a Valuable Addition in a Land Surveyor’s Toolkit

To sum up, UAVs today have become an extremely valuable addition in a land surveyor’s toolkit and are increasingly supplementing or replacing terrestrial survey methods for many applications. A next-generation mapping UAV such as the DJI Phantom 4 RTK is already allowing surveyors to achieve centimetre-level data accuracy while requiring fewer control points. And with powerful, mapping software such as the DJI Terra enabling 2D orthomosaics and 3D models with enhanced absolute accuracy, surveying professionals are able to get the desired output quality for critical projects.

If you wish to read the complete report with detailed testing methodology and accuracy results, access it for free here.

Do you want to get in touch with DJI ENTERPRISE after reading this article? 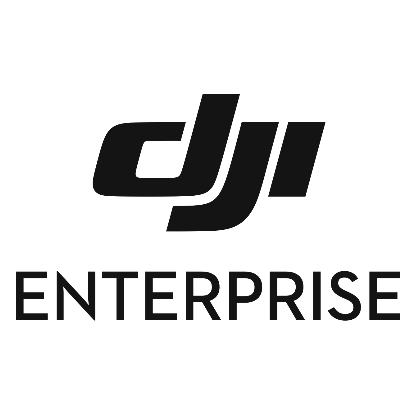 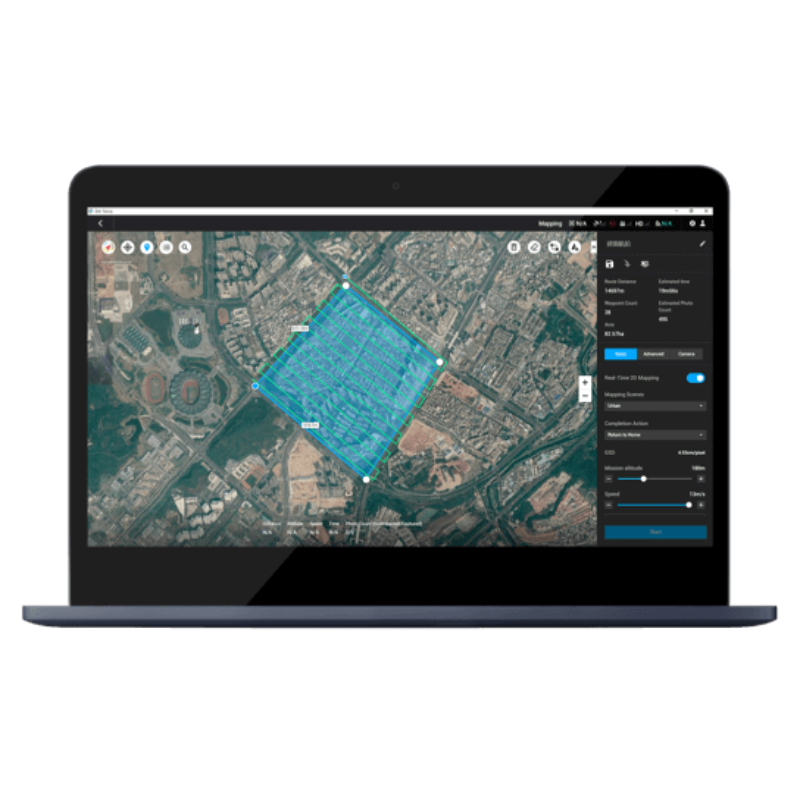 Make the World Your Digital Asset 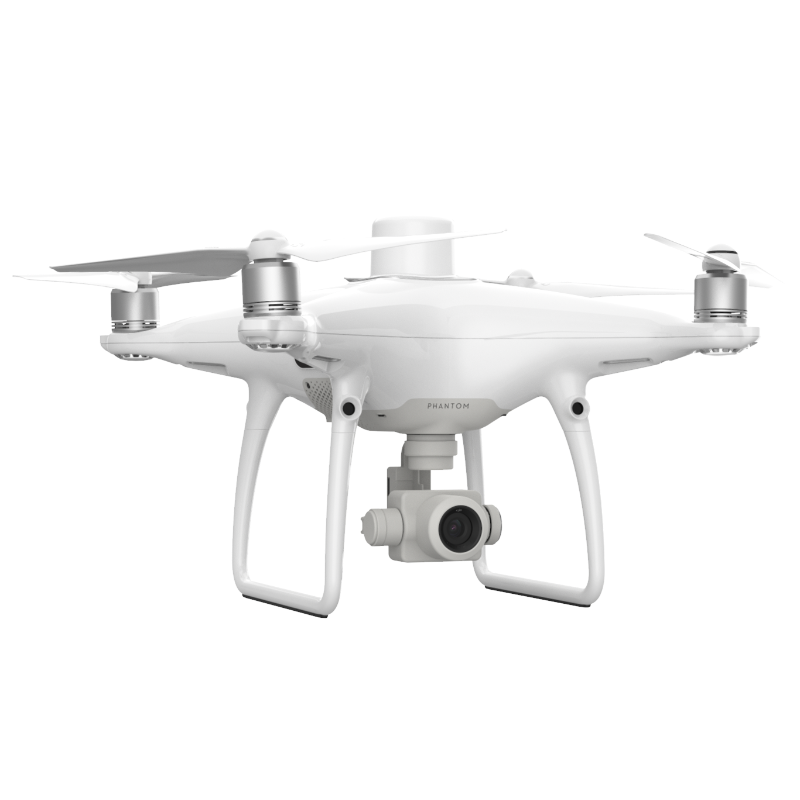 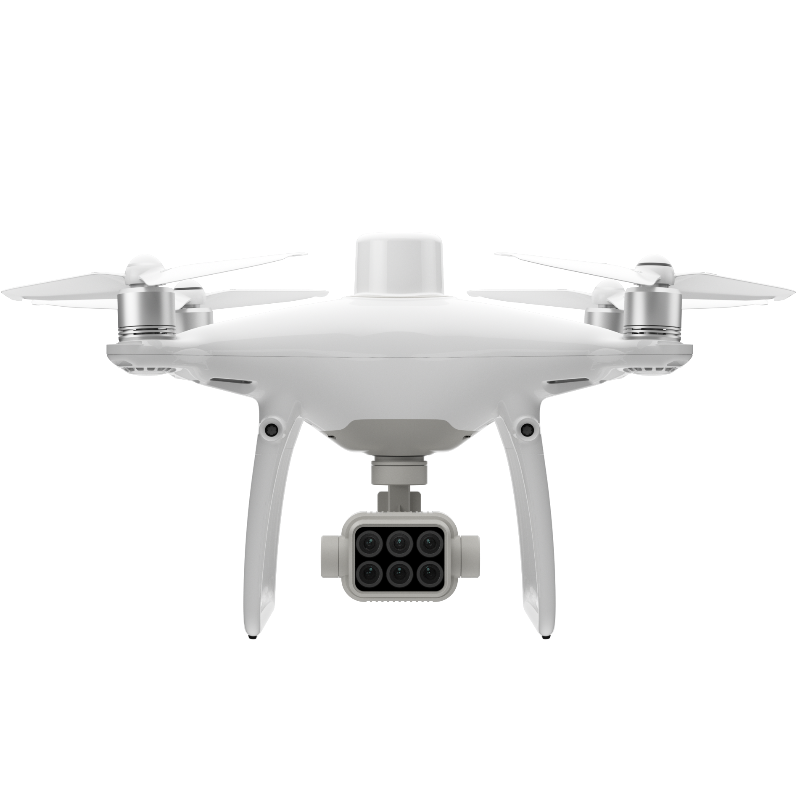