Scientists from GEOMAR Helmholtz Centre for Ocean Research Kiel have installed a network of seafloor sensors off the coast of northern Chile, where some of the most powerful earthquakes on the planet originate. Their goal? Measure seafloor motion with millimeter accuracy in order to better understand earthquake and tsunami risk. 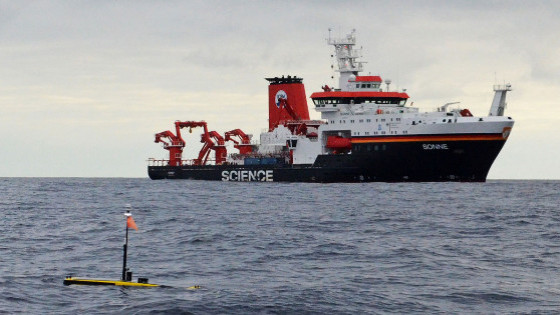 On land, we can measure crustal deformation with millimeter accuracy, and our understanding of earthquakes has advanced significantly over the past decade as a result. But the satellite-based GPS technique used on land doesn’t work in the ocean. Enter seafloor geodesy, an emerging scientific field that uses newly developed marine technology to measure crustal deformation on the seafloor at millimeter-scale resolution.

Scientists from GEOMAR Helmholtz Centre for Ocean Research Kiel are pursuing this cutting-edge science and have set their sights on an undersea fault off the coast of northern Chile, where some of the most powerful earthquakes on the planet originate. There, they have installed a seafloor geodetic network called GeoSEA (Geodetic Earthquake Observatory on the SEAfloor) at depths ranging from 2600 – 6000 meters. Once installed, the next challenge is how to collect the seafloor data more frequently in a cost-effective way.

The GeoSEA network consists of autonomous monitoring transponders (AMTs) from Sonardyne installed on 4 meters high tripods. These seafloor stations were installed in three areas along the Nazca-South American plate boundary, an area identified to be in the latest stage of the seismic cycle.

The other key component of the network is the Wave Glider. Operating autonomously at the surface, the vehicle holds position above the seafloor stations, monitors system health, uploads data from the seafloor node, and transfers it back to shore via satellite—allowing the research vessel to focus on other more valuable tasks. The seafloor station of the GeoSEA network, with autonomous seafloor transponders installed on 4m high tripods.

The installation of the GeoSEA network with 23 seafloor stations was completed in December 2015, with some stations placed at seafloor depths up to 6000 meters. Once the stations were installed, communication to all stations and within the network was confirmed. Data from all stations were successfully uploaded to the Wave Glider and/or a HPT modem lowered into the water from the research vessel.

Dr. Heidrun Kopp, Chief Scientist at GEOMAR, said retrieving data with a Wave Glider was an important first step to proving out the capability of the network. “In the future, as we think about other seafloor geodesy projects in remote places, these would not be possible without the Wave Glider. It will become more and more crucial to our projects; without it we will not be able to do the science that we want to do.”

In the future, GEOMAR plans to use Wave Gliders to upload data in near real-time. With regular information from the sensors, scientists will be able to monitor changes in the deformation pattern, and, in the event of a major earthquake, rapidly acquire information on the processes that occurred.

Dr. Kopp also sees future projects where the Wave Glider could be deployed opportunistically, rather than having to wait for a full-scale research vessel to go to the area of interest. This would be an advantage in terms of the speed at which research could be conducted and open up new projects previously too expensive to pursue. “In the long run, the next evolutionary step of seafloor geodesy would be to have a connection with the onshore geodetic network. This will require a benchmark at the sea surface, which is where the Wave Gliders come in. I’m very confident that within a few years we will be looking around the globe at a number of seafloor geodetic networks, and there will be a fleet of Wave Gliders acting as the surface node of that network.”

“I’m very confident that within a few years we will be looking around the globe at a number of seafloor geodetic networks, and there will be a fleet of Wave Gliders acting as the surface node of that network.” 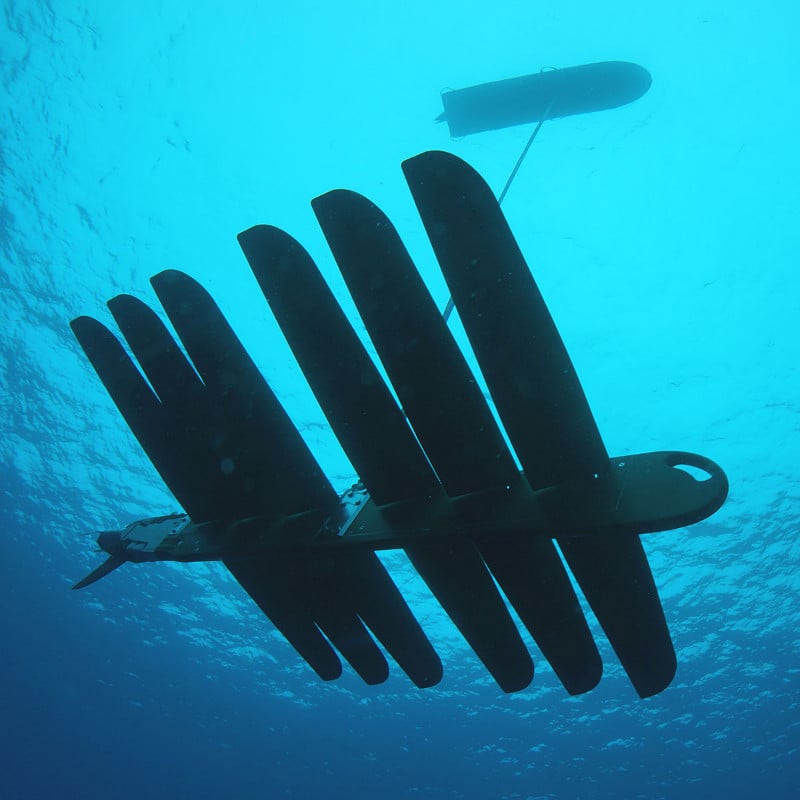