The vMS3D is a mobile mapping system combining the best of inertial, GNSS, and SLAM technologies. 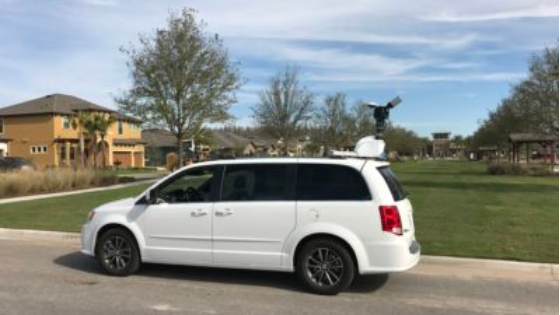 VIAMETRIS has just launched a new solution: the vMS3D, a mobile mapping system combining the best of inertial, GNSS, and SLAM technologies to offer an innovative solution with attractive performance/ price ratio.

vMS3D, mounted on a vehicle

The Best of GNSS, Inertial, and SLAM

The vMS3D solution takes into account the advantages and disadvantages of each technology, depending on their conditions of use:

With an integrated INS like the Ellipse-D, offering a single communication interface and built-in synchronization to the GNSS and LiDAR, we have been able to concentrate on our SLAM expertise

The principle uses either image or LiDAR based localization to determine the distance between the sensor and surrounding objects. Feature-based SLAM uses corners or particular shapes to calculate the position of the sensor. However, in areas without feature to locate, such as land fields or wide open area, this approach falls short,” said Jérôme Ninot, President and Founder of VIAmetris.