Almost one-fifth of the way through the 21st century, it’s hard to imagine technology still being able to supplant manual work of any kind. After all, heavy machinery is on the verge of autonomous operation and is increasingly being controlled by GNSS-based systems; concrete buckets and mixers have largely given way to pump trucks with hundreds of feet of reach; even the simple hammer has been all but eliminated by pneumatic nail guns. 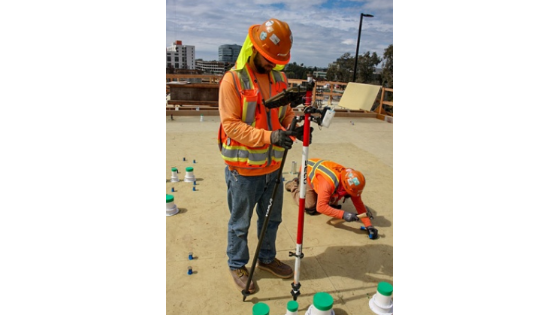 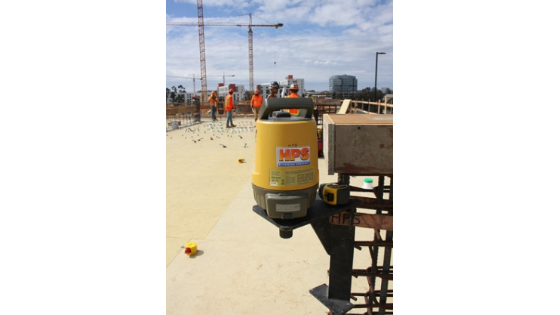 Yet on many worksites throughout the world, layout for a structure’s mechanicals (water, gas, waste, etc.) is still done using a measuring tape, a string and a lumber crayon. Not so for HPS Mechanical which is well into its fourth year embracing layout technology based on a robotic total station. Currently working a student housing project near San Diego, the company has both dramatically streamlined its workflow (replacing an approach that would have taken four to five times longer) and reduced manpower needs (resulting in a savings of almost $200,000) on that multi-phase job alone. It has also led by example, recently convincing an electrical contractor working alongside them — actually, one of the largest ECs on the west coast — to adapt the same solution which has proven so successful for HPS. Great minds think alike.

Located in the San Diego community of La Jolla, the University of California San Diego (UCSD) has everything a college student could want: a solid US News and World Report national ranking (41st); affordable in-state tuition; and a truly idyllic location, less than a mile from the Pacific coast. Largely because of those selling points — and others — the university has enjoyed impressive growth over the years, increasing by 33% over the last decade alone. To accommodate that steady increase, they’ve undertaken a series of expansions, the most recent of which is a $211 million graduate student housing complex called the Mesa Nuevo East and West Campus Housing project. Working as a subcontractor to joint venture GC Hensel Phelps/Mithun, Bakersfield-based HPS is providing all the mechanical layout and installation. According to Les DenHerder, HPS’s president, the project is sizeable.

“We’ve already completed two previous phases which included a total of eight structures ranging from five to 12 stories in height,” he said. “The third phase, which we are on now, has a total of six buildings with heights from three to 12 stories. To keep production up, we are shuttling between a couple of buildings simultaneously, doing a layout for hot and cold water, waste and gas. In the past, the layout of this type was a fairly slow, labour-intensive process, in which a crew, working off a drawing, would determine each point using a tape measure and string. If we were still using that method, it’s questionable whether we would even bid a job as huge as this at all. But if we did, it would have demanded a much larger workforce and probably still have taken longer.”

To put HPS’s layout effort at Mesa Nuevo into perspective, one has to appreciate just how many points need to be laid out to get every sleeve and insert in its exact position. Sleeves, for those not familiar with the process, are devices affixed to the deck which, after the concrete is poured leave an opening in the slab — in this case for pipes to pass from one floor to the next. Inserts are smaller devices with threads at the bottom which, once the form is stripped, will allow pipe hangers to be threaded into the slab from below.

According to Shawn Hanson, project superintendent for HPS at the Nuevo site, collectively between all the structures, each floor averaged about 1,175 individual points for those sleeves and inserts.

“For all the buildings that will make up this entire complex, there are 109 floors that need to be laid out in advance of slab pouring,” he said. “Running the numbers, that’s 128,075 points for the entire project. A huge undertaking — if done in the traditional manner.”

Fortunately for HPS, some research they conducted in 2014 and a subsequent call to Topo Element Equipment, the San Juan Capistrano-based Topcon dealer for survey equipment, introduced them to the Topcon LN-100 Layout Navigator.

“Chad Dickey, our sales rep from Topo Element has been outstanding since day one,” he said. “He came out and set the first unit up in our parking lot and really helped us get familiar with it. Anytime we need anything, he is quick to respond, mostly with an onsite visit. The LN-100 is genuinely easy to operate but, when people ask how the learning curve was for us, I like to joke and say that for me the first six months were tough, but for all these young guys it was only a couple days.”

“But more importantly, it would have been a manpower issue; we would have needed six or seven guys up here laying out tapes in areas that would have needed to be sectioned off. Compare that to what we are doing here now: working alone, James Benson, our rod man, has located more than 300 points today. And, unless something interrupts the workflow onsite, that’s a typical day’s work for him.” -  Les DenHerder, HPS’s president

Far More With Much Less

The LN-100 from Topcon Positioning Systems (Livermore, Calif.) combines ease of use with high-level accuracy in a single robotic solution. Designed to couple with a prism pole and touch-screen controller (in HPS’s case, an iPad), it allows onsite personnel to select a point on the screen, walk to it, and, when the instrument locks onto the prism center on it with the pole and then mark the position. The impact it has had on HPS’s operation has been dramatic, said DenHerder.

“This project would have easily taken four to five times as long,” he said.

He added that, when put in financial terms, the benefits they’ve realized since going with the robotic total station solution are stark and measurable. “On the five buildings we just completed, we probably saved close to $200,000 in labour. The LN-100 cost us $11,000 — in anybody’s book that’s an impressive return on investment.”

“A huge undertaking — if done in the traditional manner.” - Shawn Hanson, project superintendent for HPS

The path to the LN-100’s performance begins with office staff taking the existing CAD drawing, identifying riser points, saving the drawing as a file and exporting it to the layout software of their choice. There, control points are established, all relevant points are plotted and the file is exported for use by crews in the field.

“For controllers, we use iPads,” said James Benson, HPS’s plumbing foreman. “We simply download the file from Dropbox, create a ‘new’ drawing, import the points into Topcon MAGNET Construct software, establish control and get to work collecting points, marking them and moving on. It’s super quick and accurate.”

While the package provided by Topo Element Equipment worked well for them, HPS still made a couple of changes that they feel improve upon the solution even further. For example, they have the rod’s prism located near the bottom of the rod rather than the top as is usually the case, a move they feel further improves accuracies. Other modifications made include the manner in which the instrument is mounted.

“We tried using it on the supplied tripod, but the decks we work tend to have a bit of movement to them,” said Hanson. “To remedy that, we find a cluster of rebar that is firmly attached to concrete and strap the instrument to that. It’s worked great for us.”

"And layout for us has literally become a one-person operation." - James Benson, HPS’s plumbing foreman

Up Against the Wall

The accuracies mentioned above that HPS is getting from use of the LN-100 cannot be overstated. Hanson said that, despite many of the sleeves being on the larger side and some of the walls being smaller, they have had no problems — in those cases consistently getting to within 1/8” to 1/16” of either side of the wall.

“And layout for us has literally become a one-person operation,” added Benson. “The only time we deviate from that is when we get a call that the GC is dropping a load of rebar and we need to get everything in immediately. In that case, two of us will be doing layout, with me doing sleeves and a second person following behind me doing inserts.”

HPS’s level of satisfaction with the LN-100 solution had not gone unnoticed at the Mesa Nuevo site. Other trades working alongside them saw the ease with which they were marking points and were impressed.

“For a long time, a large electrical contractor working the job with us saw what we were doing on a daily basis, yet couldn’t bring themselves to embrace the technology,” said Hanson. “But they must have finally realized that the results were too solid to ignore. They recently made a purchase of five LN-100s of their own, and our guys are helping them get up to speed with them. It’s hard not to see the benefits this technology can bring.”

The new housing complex is expected to be fully opened in 2020. 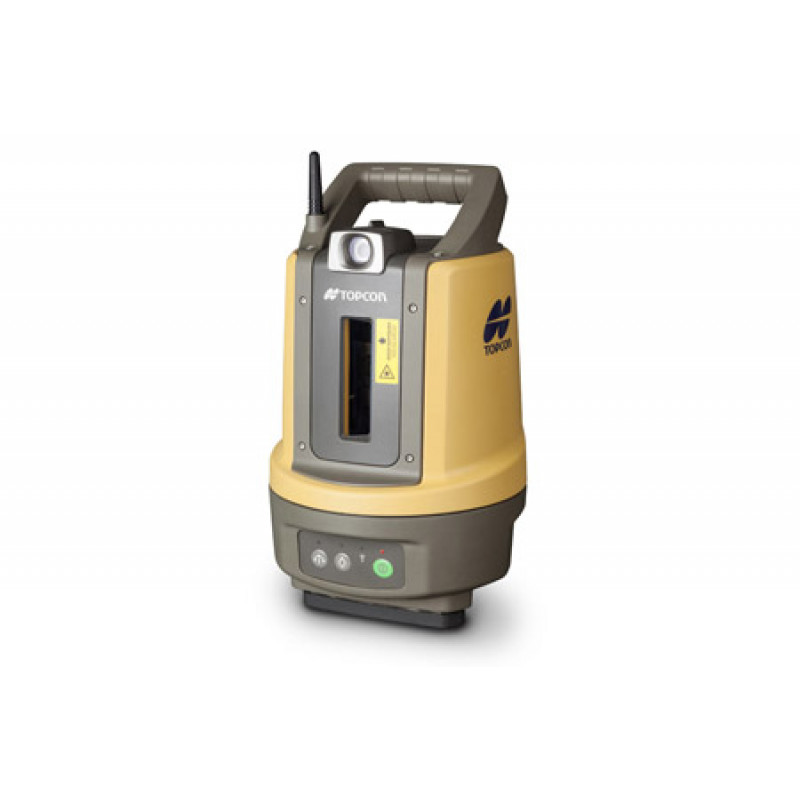 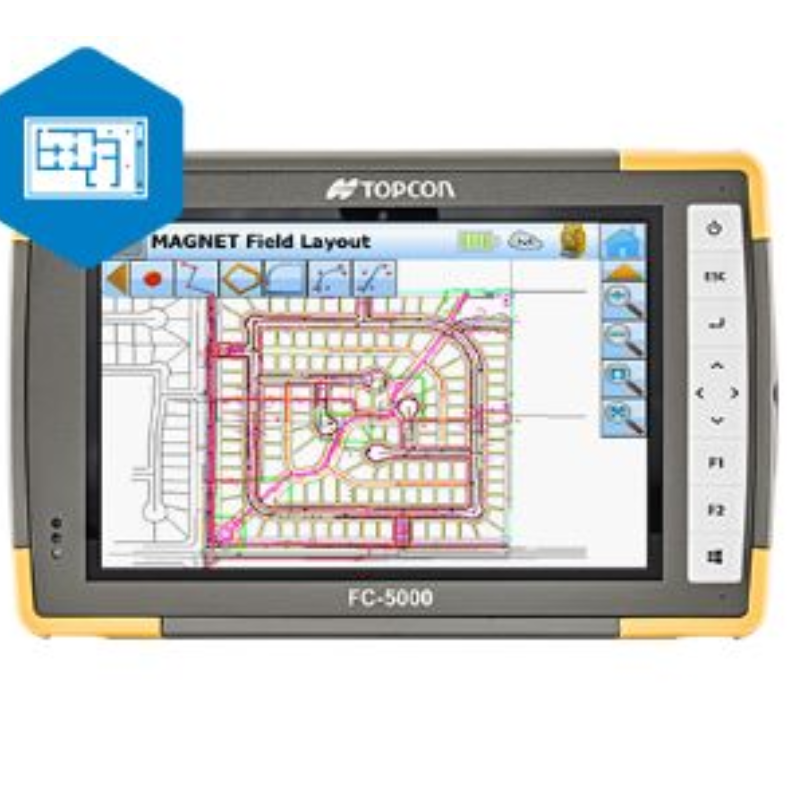 Mobile app for control of total stations and GNSS

Mobile app for control of total stations and GNSS