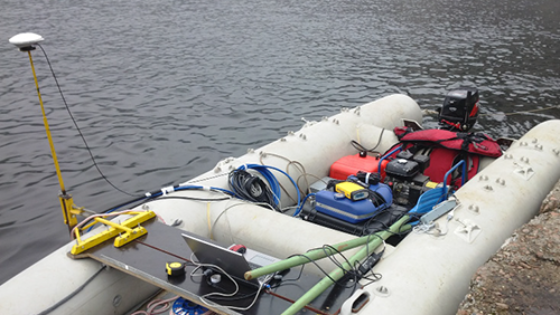 Over the last couple of days I have had my first hands-on experience with the Seabat T20-P.

I am an experienced surveyor with experience from many different installations and jobs. The Seabat T20-P was installed and interfaced on board two different vessels. The first was one a quite old former navy river patrol (approx. 20m). We used a pole installation over the starboard side with a head tilt of about 25 degrees.

The second installation was on a 4 meter RIB with a pole installation over the starboard side, but this time without tilt head. Power was provided by a portable generator. In both scenarios the motion sensor was installed directly on the sonar head and the GPS antenna installed on the pole directly above the sonar head. 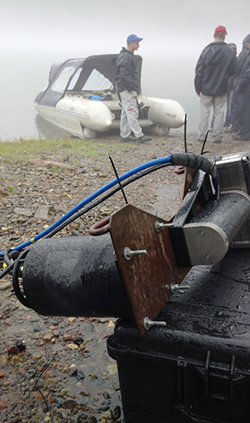 Motion sensor and sonar head mounted on a pole 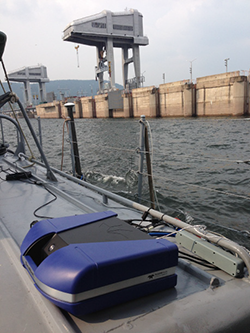 Motion sensor and sonar head mounted on a pole

INSTALLING THE SEABAT T20-P:
In the following, I will describe my experience installing the SeaBat T20-P. It was delivered in two solid Peli cases, which were really easy to handle. We checked in the cases when flying from St. Petersburg to Krasnoyarsk. The wheels and handles did make life much easier for us, transporting the equipment to the survey location.

As we started to install the SeaBat T20-P, the bracket felt very light and at the same time sturdy. The transducers were mounted in the bracket frame in something like 60 seconds. 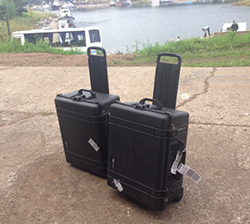 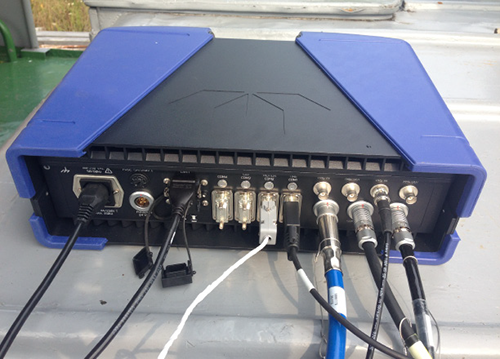 Interfacing external sensors to the sonar processor and to the I/O module is not new, but the time tagging and broadcasting of time tagged sensor data via network, via the new so-called RRIO (RESON Remote IO), is great. Using RRIO to broadcast external sensor data literally enables you to operate the sonar and collect data from a laptop with only a single network cable connected. Using my laptop caused no problems. It is plug and play. Install the SeaBat T20-P Software User Interface, set the IP address, start the SeaBat T20-P Software User Interface, connect and the T20-P is ready to work.

The SeaBat T20-P Portable Sonar Processor (PSP) has four COM-ports available for interfacing of external sensors (motion, time etc.). After configuring the PSP, the external sensors are very easily set up in the PDS2000 software. I didn’t have to worry about further time synchronization of my laptop.

RUBBER DINGHY (RIB):
As seen on the pictures, an installation was made on a pole over the side from a small rubber dinghy. The reason this went well, is because the motion sensor was mounted directly on the sonar head.

DATA QUALITY:
The primary purpose of the installation was to monitor underwater structures and the data quality was good. We saw good data repeatability between survey lines. Especially in shallow water, we saw a lot of fine details on the structures. We were operating the sonar in depths to about 100 meters and when we started losing detections on the outer beams at 400kHz, we easily altered - on the fly - the transmit frequency to obtain best possible data coverage. 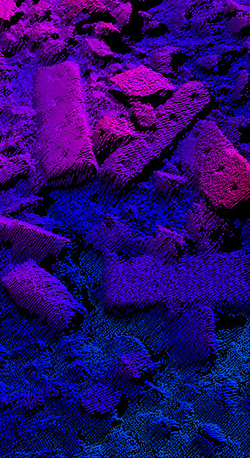 CONCLUSION:
The overall look and feel to the product, packaging, assembly quality etc. is very positive. Its size and weight alone makes it easy to handle and easy to deploy. Mounting of the motion sensor directly on the sonar head is great for pole installations. Interfacing is really straightforward and it was a completely new feeling to be operating a complete survey system from a simple laptop on the aft deck under a tarpaulin with the sonar processor itself exposed to wind and weather.

I believe this product has a great future. It has a very professional feel to it and the impression is that the product includes many small details, which have been considered in the design process. 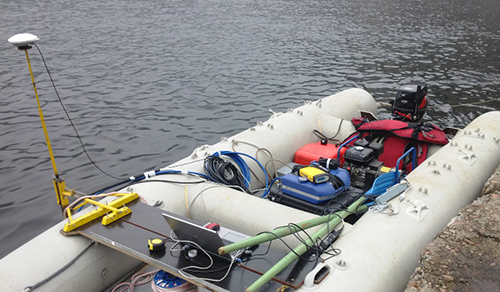 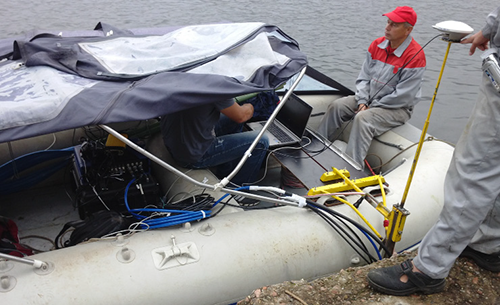 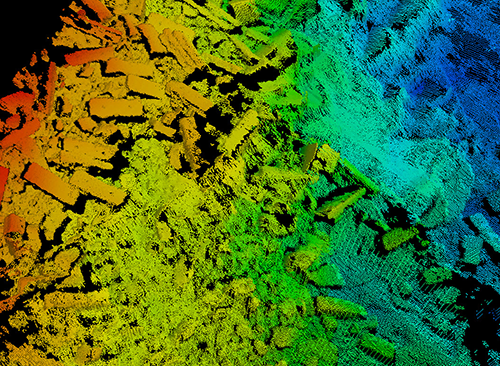 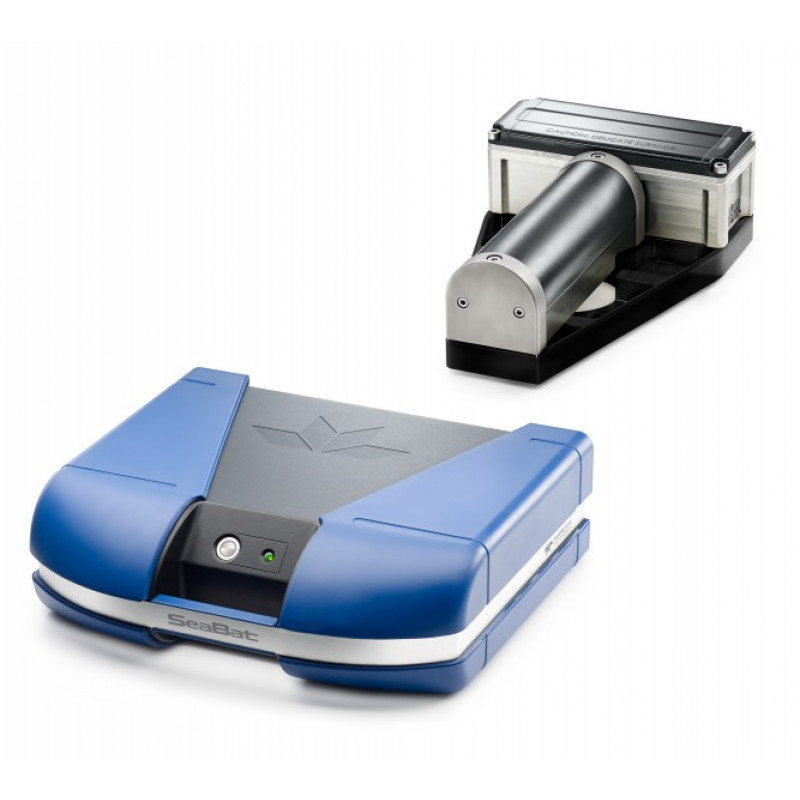