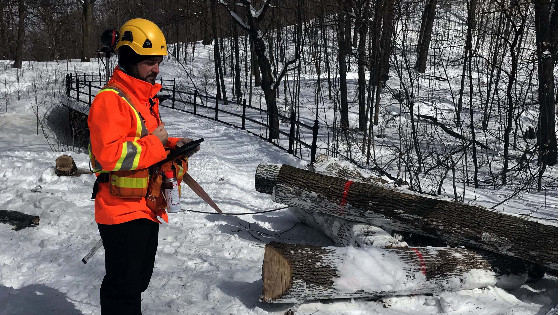 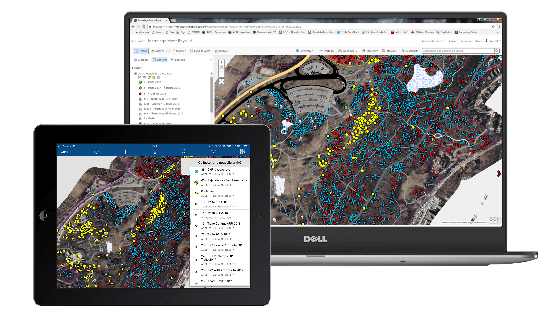 The City of Montreal is known for its landscape. More than 200,000 ash trees make up nearly half of the city’s treescape, and one quarter of those (or 50,000 trees) are on public lands.

The ash tree has an iconic, traditional shape, like a large and strong broccoli stalk jutting out of the ground. The city’s forestry division takes pride in preserving Montreal’s 50,000 ash trees for tourism and recreational parks, including the Mount Royal, part of the Monteregian Hills. Doing so aligns with its mission to protect, manage, and develop the city’s green spaces.

That’s why the discovery of the emerald ash borer in 2011 was so devastating.

The Problem: Avoiding the Slaughter of 50,000 Ash Trees

By U.S. Department of Agriculture (emerald ash borer 3) [CC BY 2.0 or Public domain], via Wikimedia Commons

Native to Asia, the emerald ash borer takes its name from its appearance and behavior. Metallic green in color and about the size of a red kidney bean, this shiny green beetle lays its eggs — up to 300 per beetle— on the bark of the ash tree. The larvae then dig an “S” shaped furrow into the wood, resulting in malnutrition, dead branches and, eventually, tree death. The emerald ash borer cannot be eradicated.

“We don’t have the ability to eradicate the emerald ash borer,” Montreal Forestry Inspector Daniel Pilote said. “All we can do is treat healthy ash trees to slow the spread of the insect, cut down the ones that are too affected, and spread the cuts over a few years.”

Faced with cutting down 50,000 ash trees, Montreal searched for an alternative. The city wanted to selectively reforest each ash tree. That would mean cutting down the hardest-hit trees and planting a resistant sapling, which the insect does not attack, in its place.

But it would also mean treating tens of thousands of trees not marked for reforestation.

Treatment comes by way of TreeAzin, a legal pesticide that mitigates the spread and ash-tree mortality rate caused by the emerald ash borer. A single dose of TreeAzin lasts for two years. This meant Montreal could reforest its entire population of ash trees over time, as long as it could treat 25,000 trees per year.

The issue was the city’s legacy workflow, which allowed for the treatment of just 500 trees per year.

In 2011 when the beetle was first discovered, Montreal was using consumer-off-the-shelf Garmin GPS units to inventory its trees. Along with the Garmin units, field crews would take ArcMap exports, printed from Excel, into the field to collect handwritten notes about the position and status of each ash tree. The workflow allowed for the treatment of only 500 trees per year. And more problems arose immediately.

First, the process was time consuming. At a rate of 500 trees per year, it would take the city 100 years to treat every public ash tree.

Second, the Garmin GPS coordinates were often wrong. A tree’s location could be up to 15 meters off. In the best case, which were residential areas, the tree could appear on the wrong side of the street. In the worst case, which were heavily forested areas like Mount Royal, an ash tree could not be distinguished from its neighboring trees.

“Where there is a street address, it’s possible to tie a tree to that address,” Pilote said. “But in a forest where thousands of ash trees could be in one dense environment, the forestry team needed to capture the GPS location of each tree to ensure they could return to it in the future.”

Without the ability to return to a tree confidently, the city could not know which trees it had treated or not.

To accurately treat the emerald ash borer and prevent the spread and death of trees, Montreal needed a more sophisticated field workflow that eliminated errors, increased the confidence of tree locations, and allowed for greater per-annum treatment of ash trees with TreeAzin.

“Two years ago, we went with the Arrow, and it’s much more accurate than the Garmin. Now, we are sure we will get back to the same tree at the same exact spot.”

The Solution: Pesticide Treatment with Collector and Arrow 100 on iPads

In 2015, Montreal deployed iPads to the field with Esri’s Collector for ArcGIS. The field-to-office real-time data collection instantly standardized data collection, eliminated costly transcription errors, and increased the productivity of field work. But the accuracy of the tree inventory was still not up to par.

Aware that Collector could work with more advanced GPS / GNSS units, Pilote purchased the Arrow 100 receivers from Eos Positioning Systems. Eos is a Canadian GNSS manufacturer based in Montreal, as well as an Esri Silver Partner and ArcGIS Online Specialty Partner. The Eos Arrow 100 GNSS receiver, designed with foresters in mind, uses the free WAAS differential correction satellites to provide high-accuracy location data in real time to Collector running on the iPads.

Tree locations are collected to within 50cm of estimated accuracy in residential areas. This gives Montreal’s forestry team high confidence they revisit and treat the right tree.

With this level of speed and accuracy, the city was able to increase the accuracy of its inventory, improve the speed of its field work, and confidently treat each tree based on highly accurate diameter and location measurements. By having the location of each ash tree confirmed to a submeter or meter-level accuracy, the field crews could precisely inventory, measure, treat, and return to each of its 50,000 public ash trees — in a fraction of the time of the legacy workflow.

The new solution provided, on average, an accuracy that was reliable to within:

“Now with Collector and Arrow, we are able to nearly eliminate the number of errors in the field,” Pilote said.

Tree points and attributes, such as diameter, are transferred in real-time from iPad to PC through ArcGIS Online.

The Results: Workforce is 6300% More Efficient with Arrow, Collector and iPad

Montreal increased its pesticide efficiency by over 6,000% thanks to a high-accuracy, mobile GIS workflow.

In just a few years, Montreal went from treating 500 trees per year in 2011 to treating a record 32,000 trees per year in 2017. That’s an increase of 6,300%. Today, the city has 13 Arrow 100 receivers in the field. Thanks to the ease of use of technology, the city was able to provide its seasonally changing workforce with easy-to-use, reliable high-accuracy data collection tools.

“The speed from going to a cloud-based solution has let us gain efficiencies in both inspection and treatment,” Pilote said. “It’s very efficient with the tablet and Arrow to take care of every single tree, in its exact location.”

Trees to be treated are marked with a blue color, for odd years, or green color for even years.

“The treatment is good for two years, so we treat half the trees one year and the other half the other year,” Pilote said.

Meanwhile, a selection of the hardest-hit trees are earmarked to be cut down and reforested with a sustainable, resistant sapling that the insect does not attack.

The city anticipates a complete reforestation will occur within the next two decades. In 2017 alone, 5,000 ash trees were replaced with one of more than 100 sustainable alternative species. The forestry team selectively identifies ash trees for replacement, which ensures a long-term reforestation process that, over the course of decades, will eventually replace all susceptible ash trees with resistant alternatives.

Today, Montreal can treat every ash tree on public land. It has also provided outreach to residents with ash trees on private property, providing resources for treating and/or cutting down and reforesting private trees and getting rid of infected wood.

Within the next 30 years, every ash tree in Montreal will be replaced with a sustainable alternative. The long-term project scope allows the city to sustainably, affordably, and environmentally conscientiously reforest its entire ash-tree inventory. The gradual shift allows for Montreal to reduce the financial cost of cutting down 50,000 ash trees all at once.

For now, the city will continue to fight the emerald ash borer one tree at a time. They are also investing in a tree production plan for replacement species at the municipal nursery, and establishing a long-term protection plan for the complete 200,000 private and public inventory of all remaining Montreal ash trees. They are also re-evaluating the strategy for removing infected wood killed during the fight against the emerald ash borer.

Although the emerald ash borer cannot be eradicated, Pilote is hopeful that an eco-friendly solution may be discovered before the entire reforestation project is completed: “I have hope and faith that this will happen.” 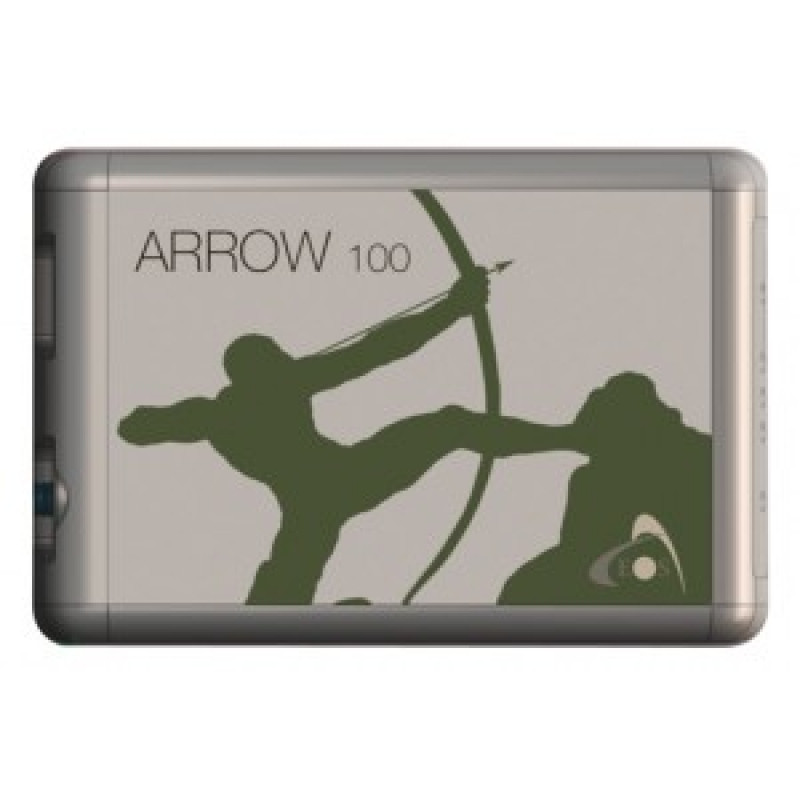