We live in the era of Big Data. This is a time when anyone can find out almost anything instantly by searching the internet. Thanks to online map applications, we can look at most places on the planet from the comfort of an armchair. To be more accurate, we can see most places on the planet’s land surface: oceans cover 71% of the planet’s surface, yet maps or survey data about marine features such as the seafloor are almost completely non-existent. 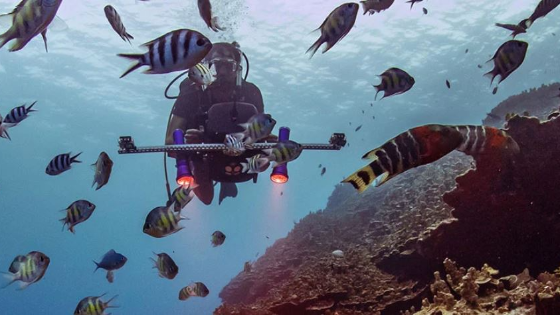 It’s true that, for navigation, sailors are well served with charts. But if detailed information is needed about a seafloor location, about its flora and fauna, or how pollutants affect the seafloor, there is today very little available.

Now planblue, a start-up company spin-off from the Max Planck Institute of Microbiology in Bremen, Germany, has taken on the mission of enabling data-rich surveys of the seafloor. Using technology innovations in underwater hyperspectral imaging, data science and artificial intelligence (AI), planblue promises to revolutionize the practice of marine surveying in two ways:

As planblue says, its technology makes the invisible visible, and one component in the operation of the unique planblue underwater camera is played by an Xsens MTi-30 motion sensor.

The planblue technology is a combination of:

And the planblue technology accelerates seafloor mapping because camera operation will be so simple and because the georeferenced images captured by the camera can be processed and tagged automatically by the AI software.

The operation of the camera is simple because the positioning and orientation of the camera unit are accurately estimated at all times. planblue’s camera unit features a device as part of its navigation system which precisely measures up to 400 times a second the camera’s acceleration in three dimensions, its rate-of-turn in three dimensions, and its orientation relative to magnetic North or South.

This device, the MTi-30 AHRS (Attitude and Heading Reference System) from Xsens, provides accurate outputs and maintains stable measurement over time and temperature thanks to proprietary calibration and compensation software implemented by Xsens.

The continuous stream of outputs from the MTi-30 enable the planblue post-processing software to tag every frame with attitude and heading information. This means that vibrations and slight tilting or inclination of the camera can be cancelled out in software, producing a map of the seafloor over the scanned surface.

The survey is also georeferenced. Underwater, the camera cannot receive satellite positioning signals. So to locate the camera precisely, each filming operation starts from a known location on the surface of the sea, acquired by reference to GPS or another satellite positioning system. By a process of dead reckoning based on the data of numerous sensors, including the Xsens inertial sensor module, along with acoustic measurements, the camera’s travel relative to this known starting point can be accurately calculated.

In any mapping or surveying operation, the accuracy of the measurements produced by the motion sensor is of the highest importance. As Nils Öhlmann, development engineer at planblue, says, the company’s decision to use the MTi-30 was driven in large part by the accuracy and stability of the sensor’s outputs. He adds, ‘The MT Software Suite which Xsens provides to developers makes it easy to integrate the sensor’s outputs into our camera system. As a start-up company, we are in a phase of rapid development and improvement of our technology. It is really helpful for us that we can implement the Xsens motion-tracking element of our camera design quickly in each new iteration of our hyperspectral camera unit.’

As awareness of the capabilities of the planblue technology grows, the company is fielding more and more requests from organizations involved in conservation, renewable energy generation, marine infrastructure development and others for detailed seafloor surveys. planblue’s success seems assured, as it works to meet the rising demand for its rapid, accurate and detailed images of the undiscovered marine environment.

The MTi-30 AHRS is part of Xsens MTi 10-series. The 10-series is based on an industry-proven, cost-effective MEMS-based orientation sensor, and has an integrated, full-featured sensor fusion algorithm with easy to use SDK.

Do you want to get in touch with Xsens after reading this article? 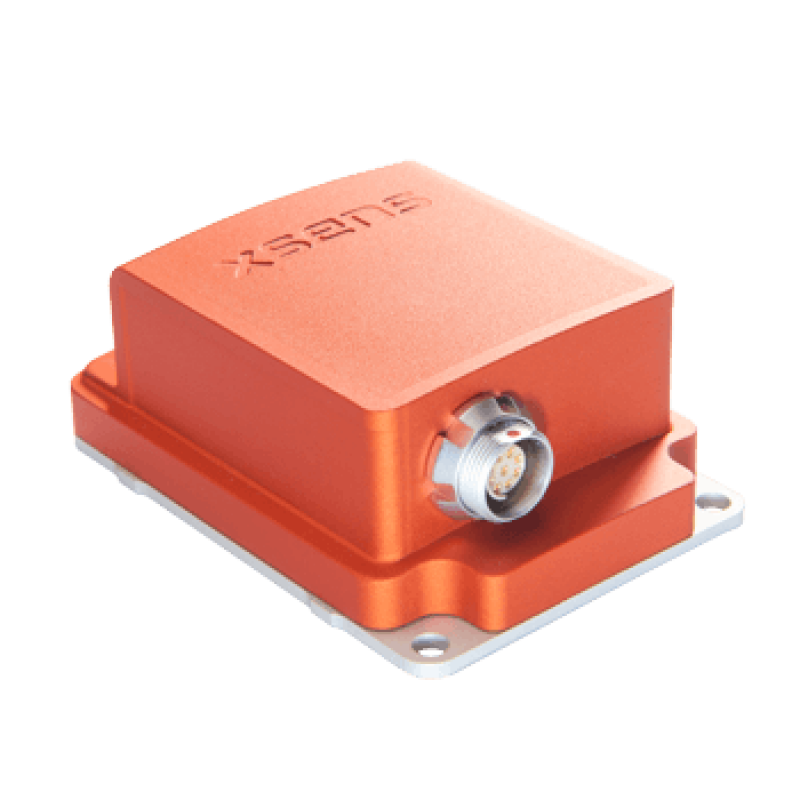 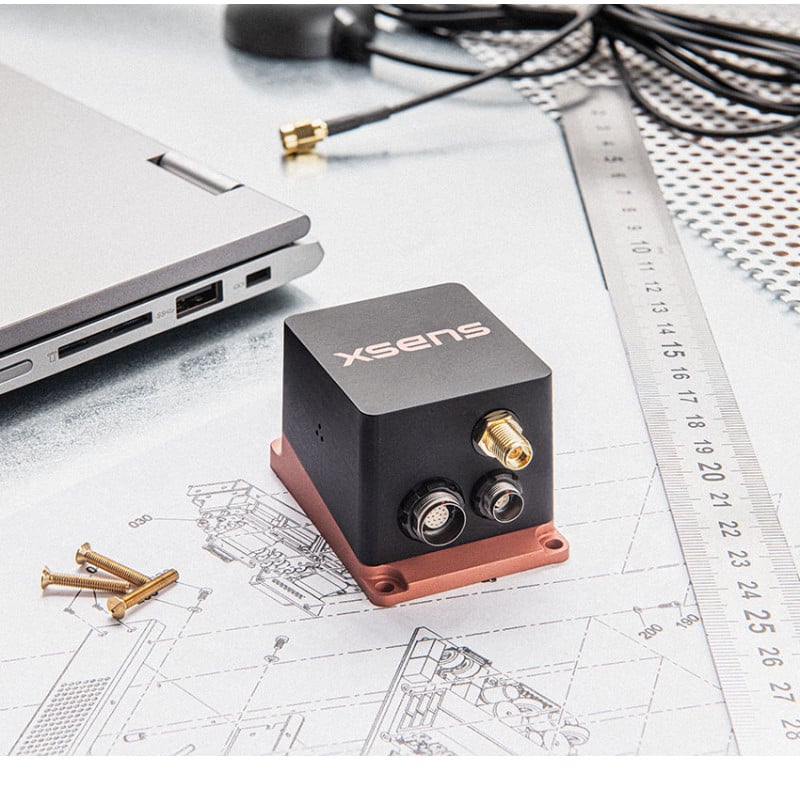 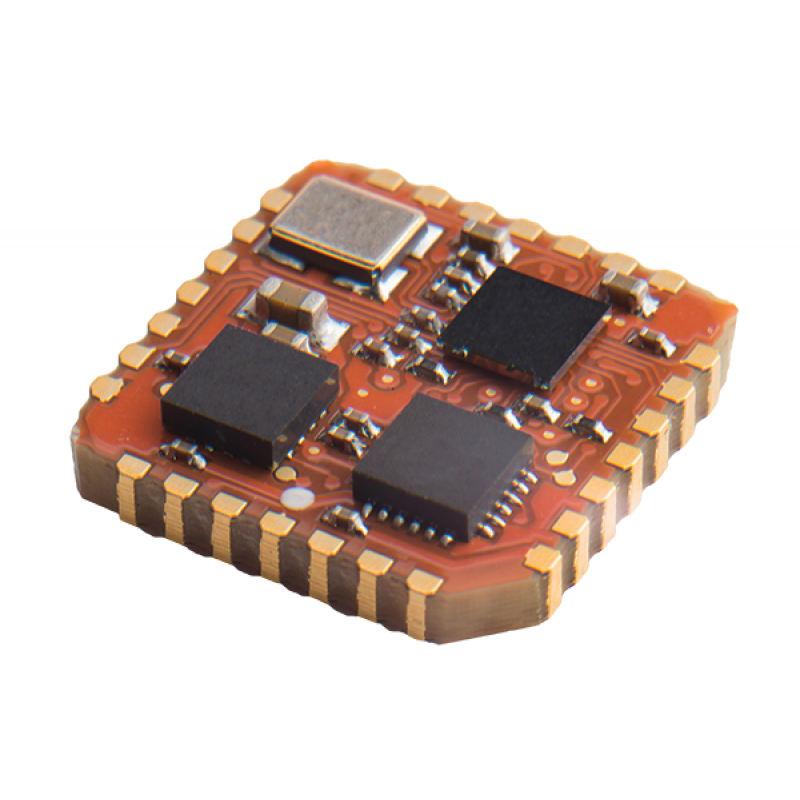