Lidar Technology Helps to Reveal Hotspots of Radiation in Chernobyl

Routescene's 3D mapping solution used to create a map of radioactive hotspots in Chernobyl’s Red Forest. It’s been over three decades since reactor Number 4 at the Chernobyl Nuclear Power Plant in Ukraine melted down, leading to the world’s worst civilian nuclear disaster in history. Now, a team of multidisciplinary researchers have used Routescene’s UAV LiDAR technology to map radioactive hotspots in greater detail than ever before. 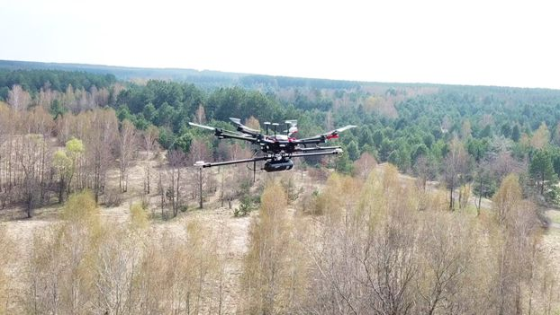 It’s been over three decades since reactor Number 4 at the Chernobyl Nuclear Power Plant in Ukraine melted down, leading to the world’s worst civilian nuclear disaster in history. Now, a team of multidisciplinary researchers have used Routescene’s UAV LiDAR technology to map radioactive hotspots in greater detail than ever before.

Professor Tom Scott, from the School of Physics at the University of Bristol, UK, led a group of researchers from the UK's National Centre for Nuclear Robotics (NCNR) to conduct surveys on multiple sites of interest within the Exclusion Zone which surrounds the damaged reactor. The surveyed sites included Buriakivka village, a settlement abandoned following contamination from the power plant accident, and the “Red Forest”, a natural woodland area located the closest to the reactor, hence the most heavily contaminated. 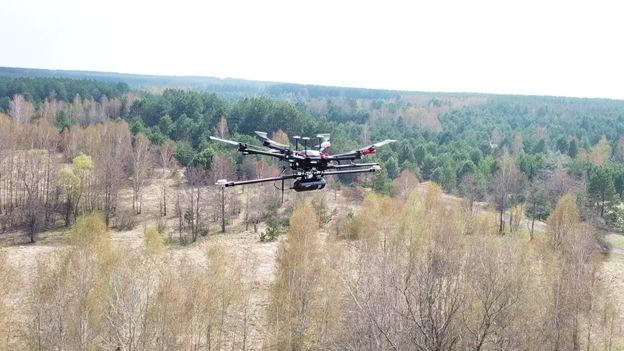 Working closely with local Ukrainian authorities, the team operated Unmanned Aerial Vehicles (UAVs) to perform a series of radiation mapping surveys. Routescene’s lightweight LidarPod was flown on a DJI M600 hexacopter drone over the sites of interest. The point cloud data collected was processing using Routescene's LidarViewer Pro software to generate a detailed Digital Terrain Model (DTM) and was overlaid with the results from a gamma spectrometer survey, undertaken to measure radiation intensity, to locate the exact sites of the radiation hotspots.

Routescene’s lightweight LiDAR technology was chosen as the team “Required high-resolution terrain and building models as inputs to a hotspot identification algorithm. It was also very useful to capture the 3D shape of some buildings ,” says Dr Kieran Wood, Senior Research Associate at the University of Bristol.

“The algorithm converts the aerial radiation intensity recorded by a UAV survey into a ground intensity map. This process is heavily affected by the distance between the airborne radiation sensor and the ground/buildings,” explains Kieran, “Hence high accuracy LiDAR-based models were essential”. 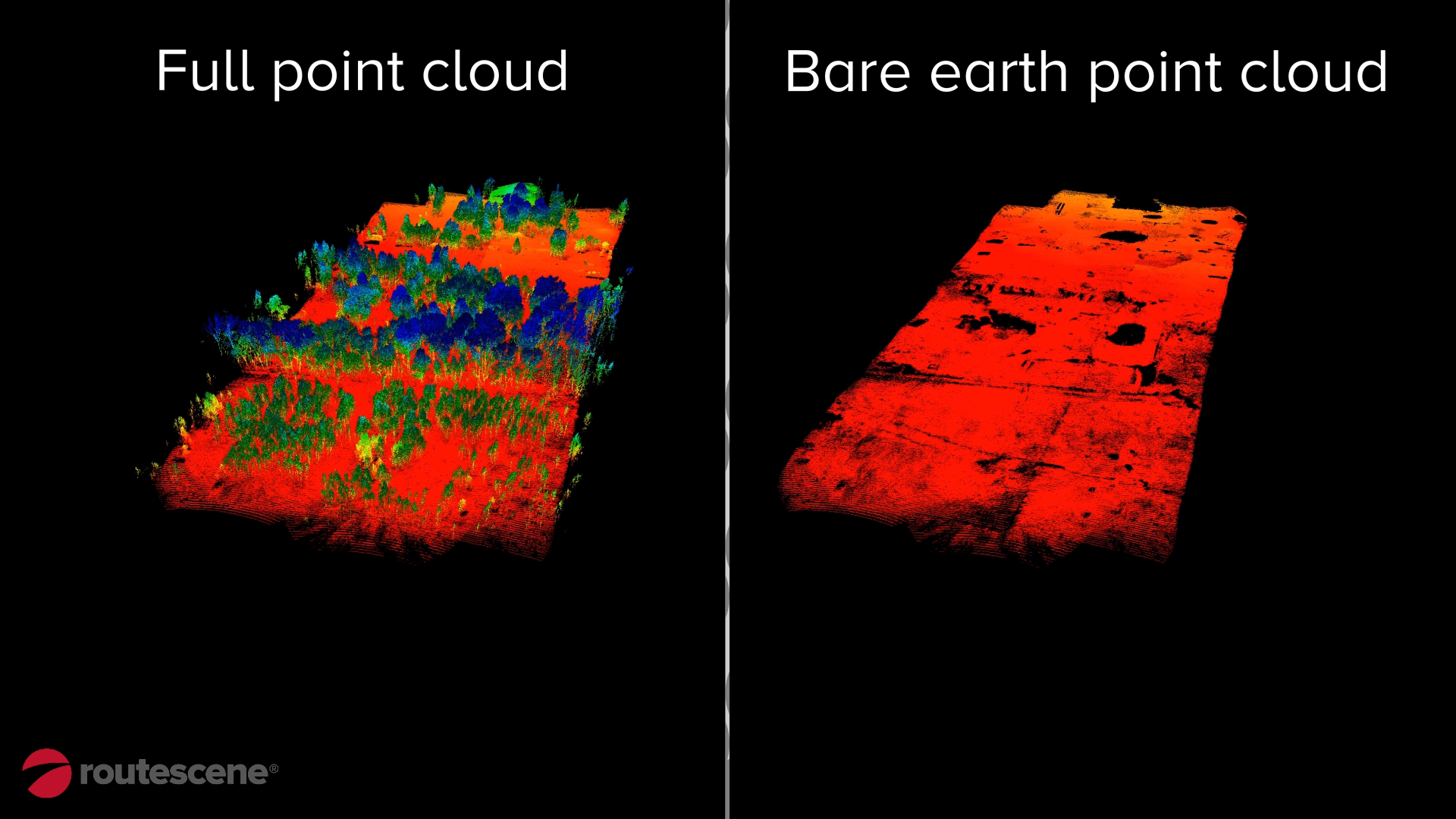 Routescene’s LidarPod includes a carefully selected array of sensors delivering survey-grade high-resolution results. Up to 1.4 million data points per second are collected from 32 different lasers angled in a 40-degree field of view. Crucially, the Routescene solution enabled the researchers to conduct operations and complete real-time QA monitoring at a safe distance from the radioactive sites, keeping them from harm.

Over ten days, the researchers deployed fixed-wing drones to fly multiple missions over the sites of interest. They coarsely mapped a grid over an area measuring about 6 square miles. Routescene’s remote-sensing LiDAR technology was then used to create a detailed 3D map of specific areas of interest.

Using the data obtained from the surveys, the researchers were able to create the most detailed map of radiation in the forest to date. The data also revealed radiation anomalies at previously unsuspected locations.

While the general widespread radiation contamination in the Red Forest was already known, the results revealed that the radioactivity was unevenly disturbed. Although radiation intensity had reduced in some areas, other areas remain highly contaminated confirming continued danger to anyone accessing those areas. 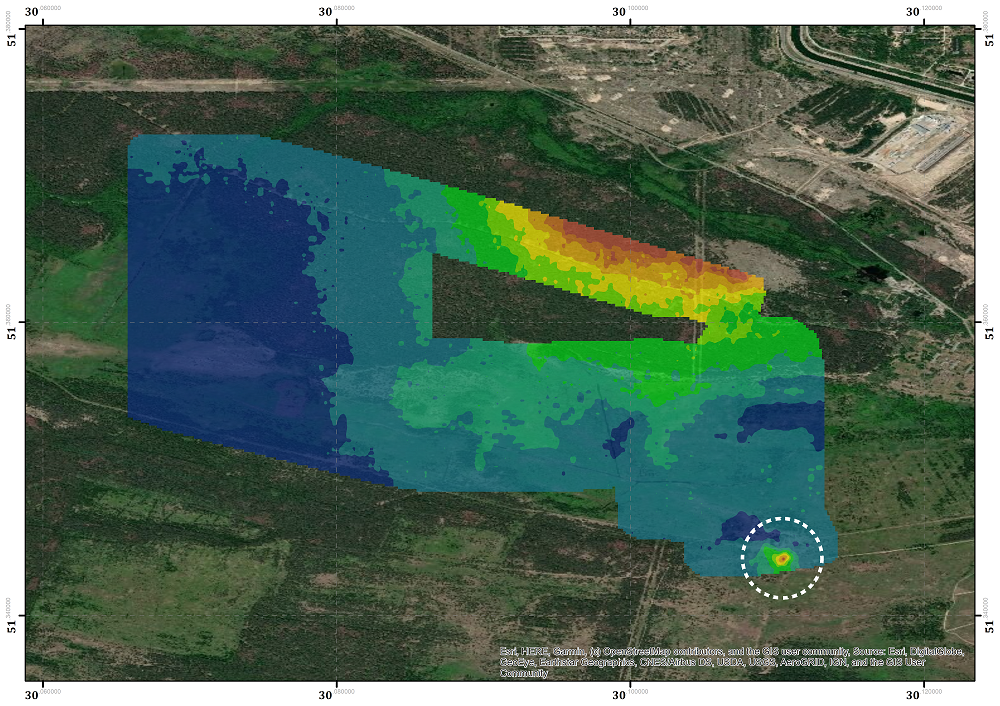 Map of Red Forest including the area of unexpected high radiation levels. Credits to University of Bristol/NCNR

The researchers detected one unexpected hotspot in the ruins of a facility that was used to separate contaminated waste during clean-up efforts immediately after the accident. Tiny fragments of spent nuclear fuel, found at an old mechanical sorting facility was emitting so much radiation that exposure for just a few hours would dose a person with as much radiation as is usually absorbed over an entire year, Professor Tom Scott told the BBC.

This recent expedition to the Red Forest was the first in a series of surveys that NCNR will conduct in Ukraine over the next year. The new maps will help officials prevent risks to visitors to the area and the full results will be published soon. 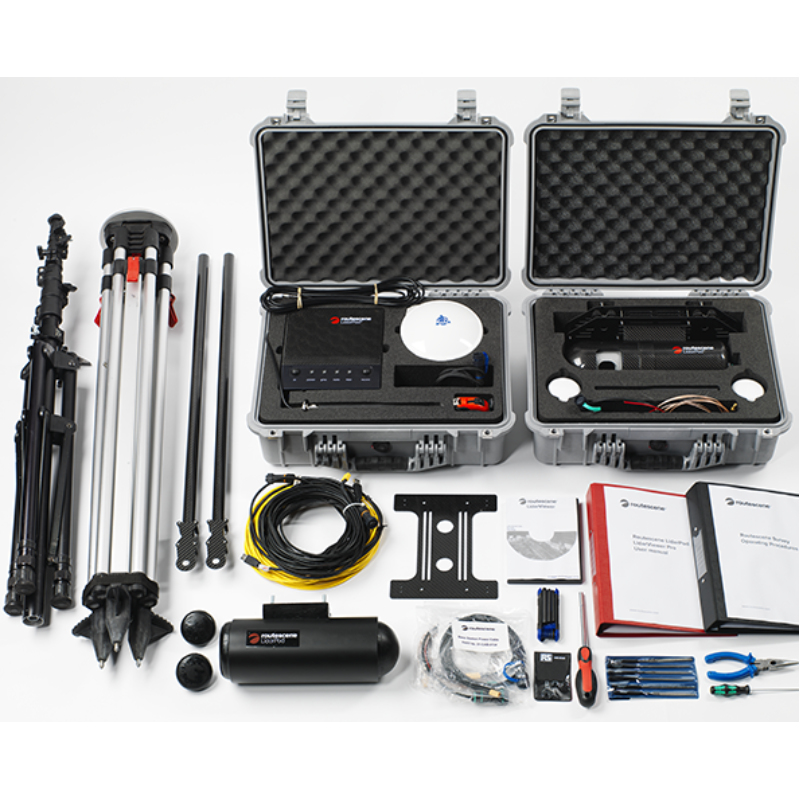