Scientists from the Dublin Institute for Advanced Studies (DIAS) have undertaken a 21-day marine science mission, deploying 18 ocean-bottom seismometers (OBSs) at a series of locations on the floor of the North Atlantic Ocean. The OBSs function as sensors are to record the tiny vibrations of the Earth caused by seismic waves, generated by earthquakes and ocean waves, and will record these vibrations for the next 18 months. The intended outcome of this mission is to collect data that will enable the DIAS scientists to better understand the activity under and on the ocean floor along Ireland’s west coast, contributing to tsunami and earthquake detection. 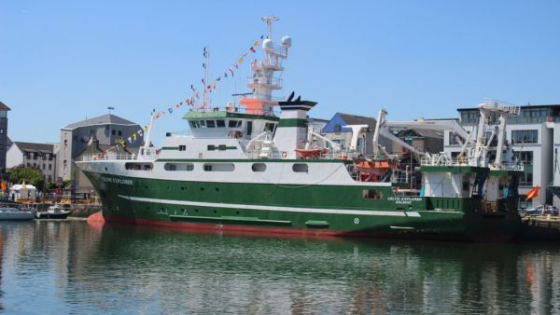 Through deploying the OBSs in this project, along with other sensors that measure acoustics, absolute water pressure and temperature as part of a broader Deep Ocean Listening program, scientists aim to discover how the structure of the tectonic plate varies across the North Atlantic, as well as what occurs beneath the plate. They also hope to determine whether there lays an enormous hot plume beneath Iceland, responsible for the volcanoes, and in the Giant’s Causeway in the past.

The OBS deployment is part of the SEA-SEIS (Structure, Evolution And Seismicity of the Irish offshore). This network covers the entire Irish offshore, with some devices also located in United Kingdom and Icelandic waters. The OBSs are provided by the Irish Insitu Marine Laboratory for Geosystems Research (iMARL), hosted by DIAS. This project is co-funded by Science Foundation Ireland, Geological Survey Ireland and the Marine Institute. 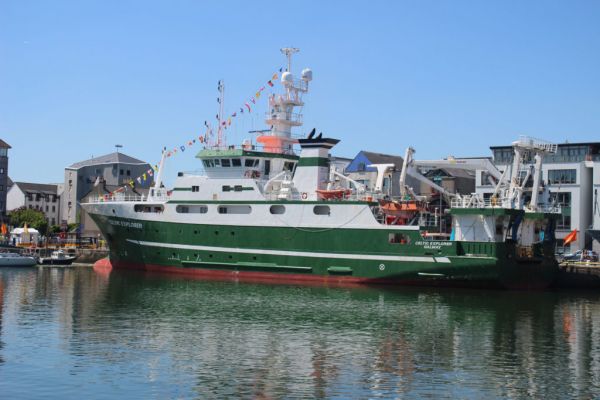 The manufacturer of the OBSs used in the SEA-SEIS expedition is Umwelt- und Meerestechnik Kiel (K.U.M.), a German company whose name translates to Environmental and Marine Engineering Kiel. Founded in 1997, K.U.M. has developed and delivered products and services to the marine research and maritime science sector for over 20 years. A major focus for K.U.M. has been the development of OBSs for the detection of subsea seismic movements, otherwise known as seaquakes. K.U.M. develop three kinds of ocean-bottom OBSs - the Lobster, Nammu and Isopod. The OBSs chosen for the SEA-SEIS expedition were the Nammu, the smallest broadband OBS currently available. These are sophisticated devices able to operate at huge pressures and are both easy to deploy and self-installing on the seafloor. Arne Schwenk, physicist and developer at K.U.M, invented the device used to deploy the Nammu OBSs, and was one of the experts on the marine expedition.

These instruments are formulated from titanium and offer a light, corrosion-free, pressure-proof material to enable deep-sea data capture operations for depths of up to 6000m, ideal for this SEA-SEIS mission which includes locations with 4000m depths. Nammu are next-generation broadband OBSs with an increased signal-noise ratio and up to 40% less power consumption, along with four seismic channels (three components of the ground displacement and one broadband hydrophone), with 32 bit recording at 250 samples per second. They also have a GPS unit and a range of other technical features. This type of OBS was ideal for the SEA-SEIS mission due to the ability to capture data at this depth for up to three years, enabling deployment in remote locations. 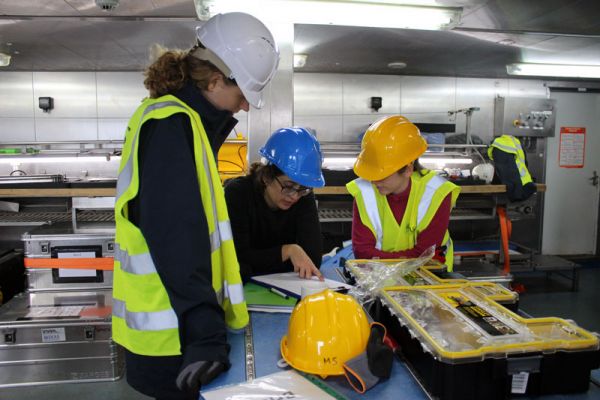 The voyage was scheduled to commence on 17 September 2018, with the crew setting sail deep into Ireland’s Atlantic waters a day later than planned due to 5 metre waves caused by stormy conditions. The team sailed on the largest research vessel in the Marine Institute’s fleet, the RV Celtic Explore, for a variety of functions including acoustic, oceanographic, hydrographic and geological investigations. The vessel is based in Galway, an ideal starting point for marine research and exploration in the North Atlantic.

The crew onboard the Celtic Explorer included Sergei Lebedev, the principal scientific investigator on the SEA-SEIS team and assistant professor of seismology, as well as Mick Smyth, iMARL Technical Lead at DIAS. There were also a number of PhD students including Janneke de Laat, Laura Bérdi (Geology), Clara Gómez Garcia (Geophysics) and Raffaele Bonadio (Seismology), all undertaking their research projects at DIAS. Along with the scientists and doctoral students, there were a couple of other crewmembers on the voyage, including Daniel Farrell, who joined the voyage to document the mission through photos and a detailed daily blog. Renowned sound artist David Stalling was aboard to work on the Aerial/Sparks project that creates a series of broadcasting experiences to deepen the connections between artistic and scientific research. The project is a collaboration between the Marine Institute in Ireland and esteemed artists, and will result in several standalone artworks for radio broadcast in Ireland and Europe.

With 18 seismometers aboard, the team travelled south to reach the first deployment location around midnight on day two, roughly 350km south of Fastnet Lighthouse, the southern-most tip of Ireland. By day three of the expedition, the first OBS, named Allód in honour of an ancient Irish god of the sea, was smoothly deployed. All 18 OBSs were named by school students via a seismometer naming competition run by DIAS, resulting in a fantastic range of names honouring marine scientists, Irish and ocean mythology, along with some witty pop culture references.

By day four of the expedition, the crew had deployed OBSs 2 and 3, the three most southerly devices in the network, followed by 4 and 5 in the next 24 hours. Weather conditions improved and wave height was below 2 metres, making all onboard activities like sleeping, walking and working much easier. The mission was now 150km west of Ireland. A further three deployments occurred on day six, and by day seven, the crew were halfway through, having deployed a total of nine OBSs. From here, the vessel turned northwest from Ireland, sailing toward Iceland to deploy at more remote locations amid predictions of rough weather, strong winds and waves of around 5 to 6 metres. 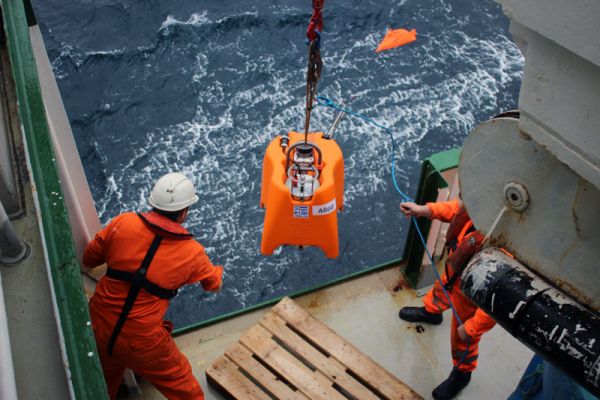 Approximately 250km southeast of Iceland, two more OBSs were deployed. Despite predictions, the sky threatens but doesn’t break, although waves were consistently large disrupting everyone’s sleep. The ocean conditions on the following day resulted in bow waves that slowed the ship down significantly, with a 12-hour journey taking 18 hours instead. Day nine wasn’t all bad though. After having spotted dozens of dolphins throughout the journey, the crew were rewarded with sightings of whales, likely fin whales, recognisable even from a distance for their distinctive spray signature when surfacing. The ship continued west, about 250km south of Iceland.

Day ten saw the ship reach the furthest planned OBS deployment location from Ireland, directly south of Iceland around 1,000km into the North Atlantic. By now, thirteen OBSs have been deployed. The rough conditions and severe storms in the North Atlantic are typical for that time of year, although they did have the unfortunate effect of making the work environment unsafe. Waves of over 4 metres, plus challenging ocean conditions thanks to storms, made work difficult at times so the crew were forced to consider changing the order of locations to avoid storms as much as possible. Weather prediction is of course a critical component of deep-sea expedition intelligence. The crew gathered nightly to assess the forecast for the subsequent few days, but the accuracy of the predictions were low, with serious storms and high waves predicted throughout the journey. Despite a couple of nights of strong, high waves and two occasions in which the ship’s planned voyage was delayed, overall the weather conditions were deemed favourable by the crew considering the time of year, which also meant the expedition was able to be completed slightly ahead of schedule. 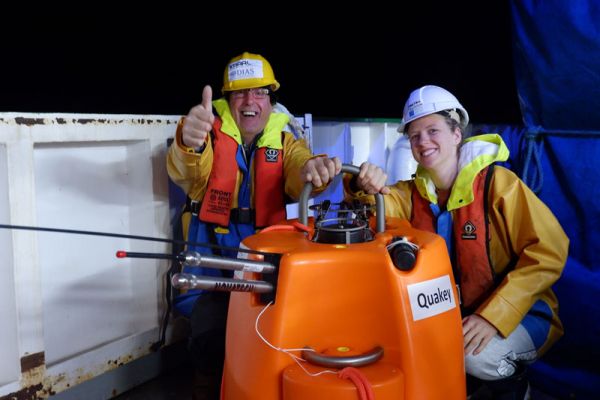 In the middle of the Atlantic, however, nothing can be taken for granted. At one stage, the vessel passed beyond the range of the telecommunications satellite, resulting in no Internet access on day eleven and twelve. This cut off all communication with the SEA-SIAS team on land, as well as friends and family of the crew. At the same time, high waves and rough weather conditions meant that the best course of action was for the Celtic Explorer to hold its position for two days and weather the storm. Their patience was rewarded when a pod of between ten and fifteen pilot whales surfaced near the ship. By the end of day twelve, 767km west of Ireland, the 15th OBS was deployed with only three more to go. The ship was on the home straight.

Janneke de Laat, PhD student at DIAS, will be the first person to use the data collected by the K.U.M. OBSs. The project is also being embedded into curriculums for much younger students at primary schools around Ireland thanks to lesson plans developed by the Marine Institute. In parallel, the SEA-SEIS team on the Celtic Explorer spoke to young school students during the voyage via video links about the expedition and life at sea. What a great way to engage young people in STEM, generating excitement and interest in marine themes, and sharing knowledge and insights into scientific research.

The SEA-SEIS project bridges science, the arts, and especially education  with its strong commitment to developing junior researchers with an inclusive approach to primary school education in which students are engaged in the expedition at different points, through naming the OBSs and ongoing video links. This competition might seem light-hearted, but it’s actually a really clever way to pique the interest of and involve school students in this kind of work and keep them engaged in marine science throughout the project. I can imagine them excited to receive updates and find out how well, and what kind, of insights ‘their’ OBS has collected following the 18-month data collection phase. 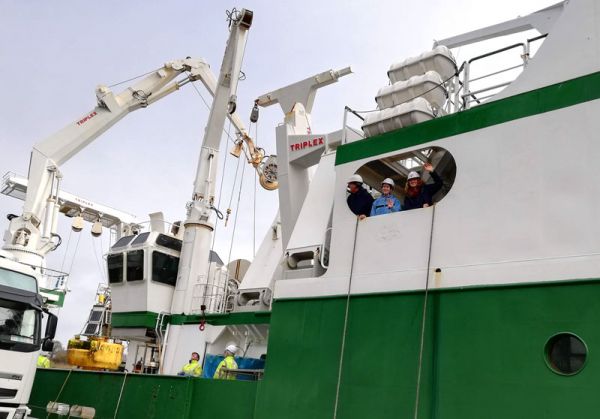 When the 18 months are up, another marine expedition will sail out to retrieve the OBSs. An acoustic signal will be sent to each OBS, which will then detach from its anchor and rise slowly to the ocean surface. The OBS, data logger and battery are encased within a titanium pressure tube, which is fixed within a shock-resistant foam shell, to ensure buoyancy and protect them from the pressure. As well as the breadth of seismic data the OBSs will generate, including important evidence to inform tsunami and earthquake prediction, there will be educational and creative outcomes that impact school students and the Aerial/Sparks project, which speaks to the value of collaborations like these.

Do you want to get in touch with K.U.M. Umwelt- und Meerestechnik Kiel GmbH after reading this article? 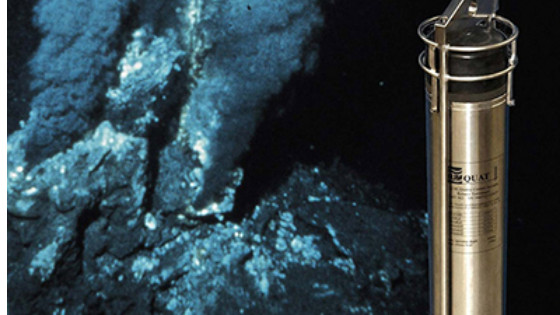