How to Overcome GNSS Signal Denial

GNSS (global navigation satellite system) signal denial is an issue that has many implications for individuals and organizations that rely on accurate positioning and heading on a daily basis. In fact, even critical infrastructures such as finance, communications, or power grids rely on such signals for the synchronization of internal clocks between different systems. 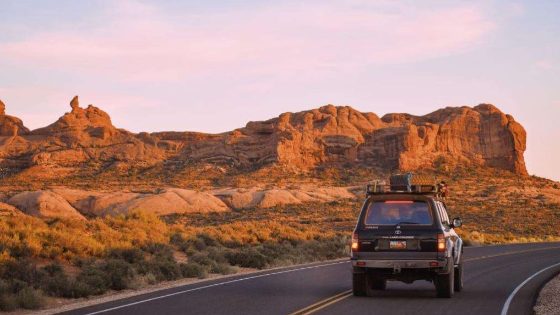 GNSS denial can come in many forms, but the most common scenario occurs in densely populated urban environments, with tall buildings blocking direct line of sight with satellite signals. This can result in positioning errors in the hundreds of meters, meaning alternative solutions must be used to overcome this challenge.

While existing technologies provide a certain level of accuracy good enough for its purpose, DARPA and other research centres have been working for decades on alternative solutions that are more accurate but can also apply in a variety of situations.

GNSS jamming is very common. Small and easy to plug into a vehicle’s lighter port, it emits radio signals that overpower the already weak GNSS signal in the surrounding area. Though illegal, such devices are easy to find online.

In the case where a receiver is facing a simple signal jamming from an unknown source, anti-jamming antennas have been designed specifically to overcome this challenge.

In practice, by the time the GNSS signal from the exosphere reaches a receiver, its signal is weak. Anti-jamming antennas protect GNSS receivers from interference, spoofing, and signal jamming by combining one or multiple of the following approaches:

Modern smartphones are equipped with Assisted GPS (A-GPS) capability, relying on both a GNSS receiver and cellular location data to get a position. A-GPS bypasses the typical warm-up period of time before getting a fix and is less power-hungry, but is also less accurate than traditional GNSS receivers.

A modern smartphone will periodically switch between the GNSS receiver and cellular data to get positioning in real-time, to save on energy, or when there is no data connection.

The accuracy of cell tower positioning is rather poor, such that when the GNSS signal is not usable, the accuracy drops to as much as  100 meters error in densely populated urban areas.

In theory, short of accessing GPS signals, one could use cell tower triangulation to get an accurate fix. In practice, however, cell towers do not cover the globe, which would limit the area where this technique could be used.

Dead reckoning is perhaps the most common solution to maintain an accurate position under GNSS signal denial.

Various technologies are commonly in use (MEMS, FOG, DFOG, RLG, etc), but the overall concept remains unchanged: calculating your position based on an initial reference integrated with speed and direction over time through the use of accelerometers and gyroscopes.

Currently, most military vehicles (tanks, planes, boats, etc) are equipped with a GNSS/INS (inertial navigation system) solution that caters for both situations whether the GNSS signal is available or not.

Dead reckoning is subject to errors and approximation, that compounds over time and distance. Regularly resetting its position with a known reference point is necessary to mitigate such a problem in lower performance systems.

Celestial navigation is perhaps the most ancient form of navigation, its existence predating 200 BC with the invention of the astrolabe.

Nowadays, its use is limited to space applications due to its exorbitant cost, and American firms are fast losing ground to foreign companies building modern star tracker devices at a more affordable price.

To work, a star tracker tracks a single point of reference (sun, moon or bright stars), using various sensors and star scanners in conjunction with a starfield database. The different sensors will compare star patterns observed by the spacecraft with known star patterns in the database to determine the orientation and positioning of a spacecraft. 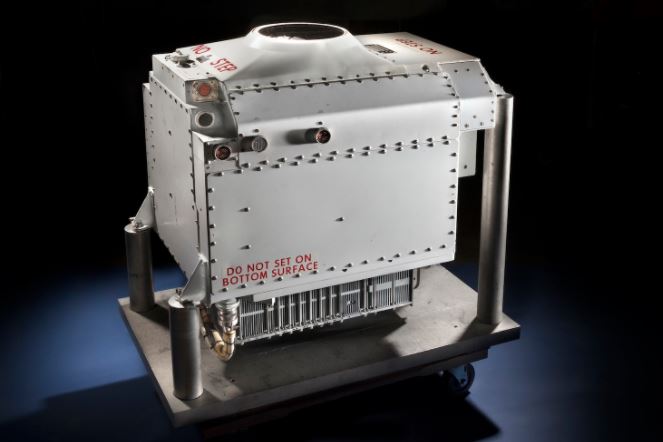 Famously used on the SR-71 Blackbird, the Nortronics NAS-14V2 Astro-inertial Navigation System, called “R2-D2” by its crew and maintainers, was “making an ever-widening circular search pattern to find and fix three of any of 64 mapped stars in its memory, and compares their locations to a Julian calendar and a highly accurate chronometer”, according to former pilot Richard Graham. 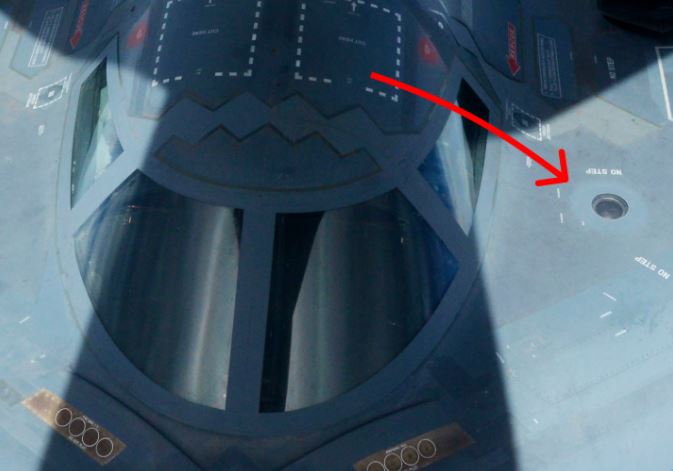 Technically speaking, it would be possible to create a “virtual GPS”, relying on a network of planes using astronavigation and beaming their location to receivers on the ground, just like current satellites.

Today, the Massachusetts Institute of Technology is working on a Miniature Star Tracker (MST) concept, an all-optical star tracker and angular rate sensor with a low SWaP-C (size, weight, power, and cost) in mind.

A lot is expected from this mature technology in the coming years, increasing miniaturization efforts and driving costs down.

First considered in the ’70s by John Brett and later used on the US Navy Ohio-class Trident submarines, gravity gradiometry measures changes in the acceleration between two or more points due to gravity

The difference in acceleration between two points divided by their respective distance gives the gravity gradient, then used to map the ocean floor and avoid possible underwater mountains or irregularities.

A Full Tensor Gravity Gradiometry (FTG) uses multiple accelerometers to measure the same gravity gradient, but in all directions (latitude, longitude, and altitude). 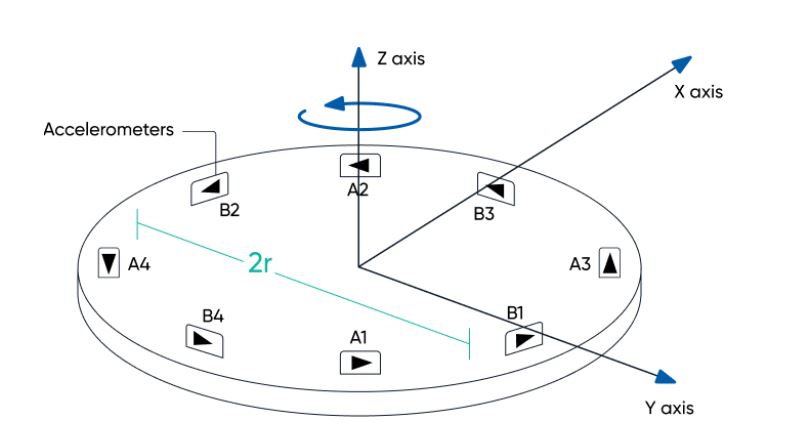 The technology has greatly improved over the years, notably in conjunction with MEMS technology, reducing the size of the gravity gradiometer, focusing on torsion balance rather than a differential accelerometer.

However today, challenges associated with gravity gradiometry are still overwhelming, and its use is limited to obstacle avoidance for submarines, not precise navigation. Therefore, it must be used in combination with an INS that can give the submarine a trajectory to follow.

Since 2004, western armed forces around the world, among which the US Army, are equipped with a Defense Advanced GPS Receiver (DAGR), a dual-frequency handheld device allowing troops to get a fix on their position by decoding the encrypted P(Y)-code GNSS signals. 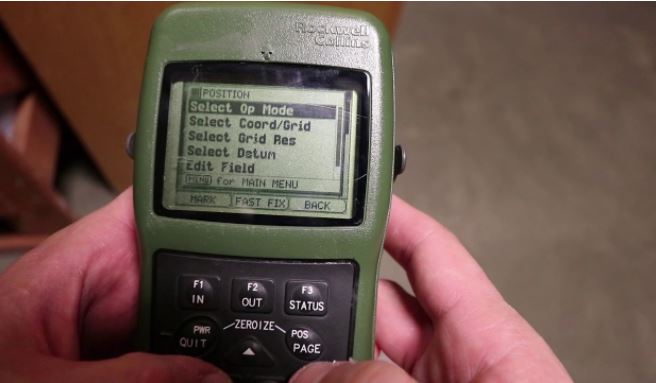 The device has proven its use over the years, but with the increasing threat of navigation warfare, DARPA, alongside three US defence contractors, is currently running a programme named Military GPS User Equipment (MGUE) aimed at updating and providing performance improvements to the DAGR. 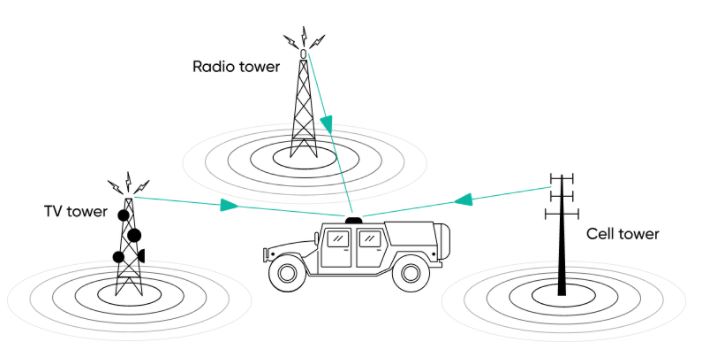 One organization actively working on this concept is BAE Systems who published its Navigation via Signals of Opportunity (NAVSOP) research paper in 2015, receiving a prestigious award from the Institute of Navigation.

However, the technology is currently still in its infancy, with no commercial release planned in the near future.

Micro-PNT is a portfolio of diverse efforts in the micro-electromechanical systems (MEMS) technology field, focusing on extreme miniaturization, self-calibrating, and atom-based inertial sensors to achieve the ultimate goal of self-contained chip-scale inertial navigation.

Among other achievements, DARPA researchers at the University of Michigan have created a Timing Inertial Measurement Unit (TIMU) containing three gyroscopes, three accelerometers, and a highly accurate master clock on a single chip smaller than a penny. 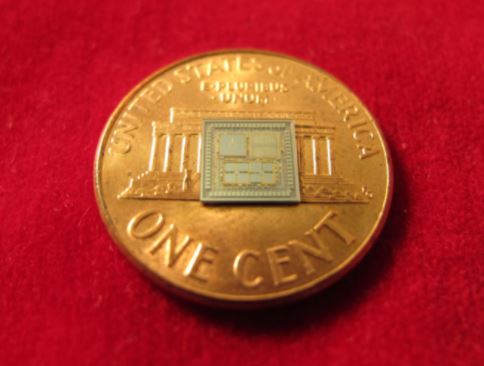 Other projects as part of the new micro-PNT initiatives focus on increasing the dynamic range of inertial sensors (MRIG), reduce the long-term drift in clocks and inertial sensors (PASCAL), and provide a universal and flexible platform for the testing and evaluation of components developed within the comprehensive micro-PNT programme (PALADIN). The dismounted PNT device is a scalable and upgradable GPS receiver that sends secure PNT data wired or wirelessly to a smartphone, which provides the Soldier with a familiar, simple interface for important PNT information.

While DAPS will provide Assured PNT, it will also alert the Dismounted Leader when the GPS solution may not meet the mission and or situational needs. The main benefit of DAPS is to distribute PNT data to multiple systems on a Soldier platform and replace DAGR and heavy equipment for Soldiers on the ground.

Additionally, Dismounted PNT includes the development and integration of multiple sensors for non-GPS augmentations. Receiver software can be upgraded to acquire Pseudolite signals to provide additional protection for military GPS in denied environments.

Moreover, by measuring how the Earth’s magnetic field acceleration and position are affecting individual atoms (reduced in temperature), navigation without satellites would not only be possible but up to 1,000 times more accurate than current solutions.

It goes without saying that this technology is nowhere near completion, and will take years or even decades to lead to any practical application.

Pseudolite, short for “pseudo-satellite”, is a technique using various transceivers combined together to create a local, ground-based alternative to a GNSS system. Instead of using satellites, the solution instead relies on transceivers acting as satellites.

One of its main benefits is that the system does not rely upon other measurement sources to determine pseudolite locations. For example, contrary to a satellite network, a precise atomic clock is not needed for the system to function accurately.

This solution can scatter transceivers without particular accuracy, yet through proper calibration achieve centimetre-level resolution.

The concept is sometimes referred to as a Self-Calibrating Pseudolite Array (SCPA) and was first considered for Mars exploration applications at the start of the century.

Loran-C, a hyperbolic low-frequency radio navigation system, allows a user to get an accurate position within 100 feet by calculating the difference in timing between two or more beacon signals.

The system fell into obsolescence in the 2010s due to the overwhelming benefits of GNSS, with everyone shutting down their beacon over time. However, the increasing concern about the over-reliance on the GNSS and its known weaknesses (interference, jamming, spoofing, destruction) forced a number of countries and armed forces to reconsider a terrestrial radio navigation solution: eLoran. 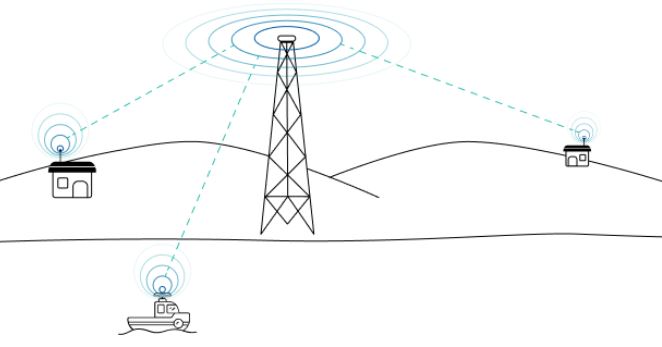 The improved performance of eLoran relies on a similar approach used for GNSS, calculating the timing difference between a signal emitted from a beacon and a known fixed ground location. The differential correction provided is then fed back to the eLoran transmitter to correct its own signal.

The eLoran signal is more powerful than the GNSS signal, therefore far less likely to be jammed or spoofed by an enemy entity. However, eLoran only works in two dimensions (no altitude data), and its low-frequency radio waves make it unlikely to be used by smartphones, requiring too big of an antenna to be practical.

The eLoran system did not receive the required funding for its development in 2018, but The Department of Homeland Security is calling for its construction as a backup to the GNSS system.

DARPA is financing the Fast Lightweight Autonomy (FLA) programme, aiming at developing advanced algorithms designed to turn small, off-the-shelf drones into autonomous vehicles without the assistance of remote pilot, GNSS guidance, communications link, or pre-programmed map of the area. The program successfully completed its phase 2 in 2018.

Existing solutions such as inertial navigation systems and anti-jamming antennas are mature enough to give accurate and reliable information to those who depend on an accurate position at all times.

However, such technologies still face some limitations related to drift and cost and edge-case situations.

Upcoming technologies aim at tackling such issues, being smaller, more accurate, cheaper, and completely independent from any GNSS outage. But we still have a long way to go. 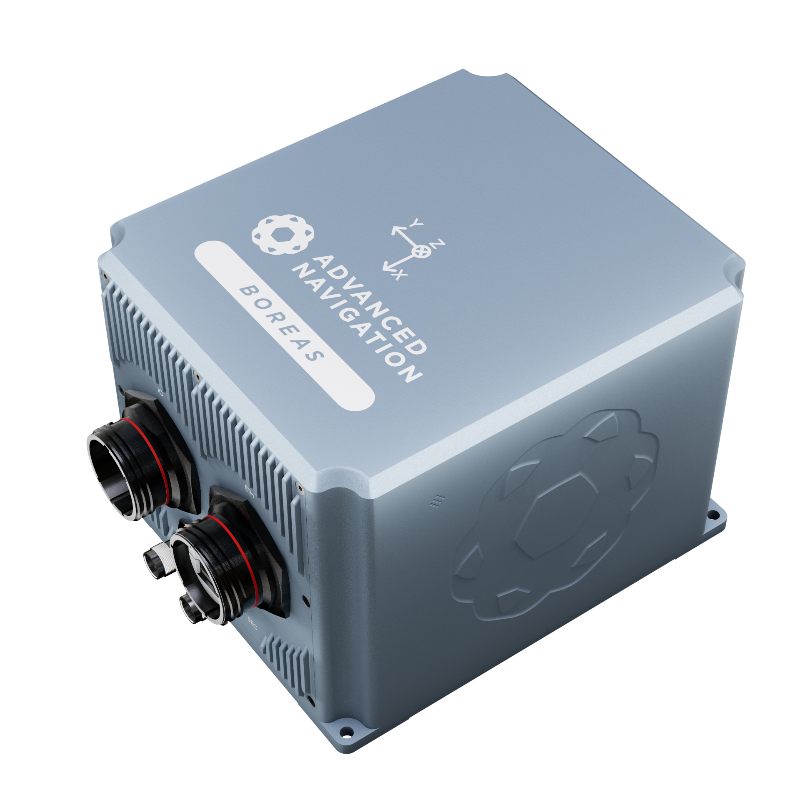 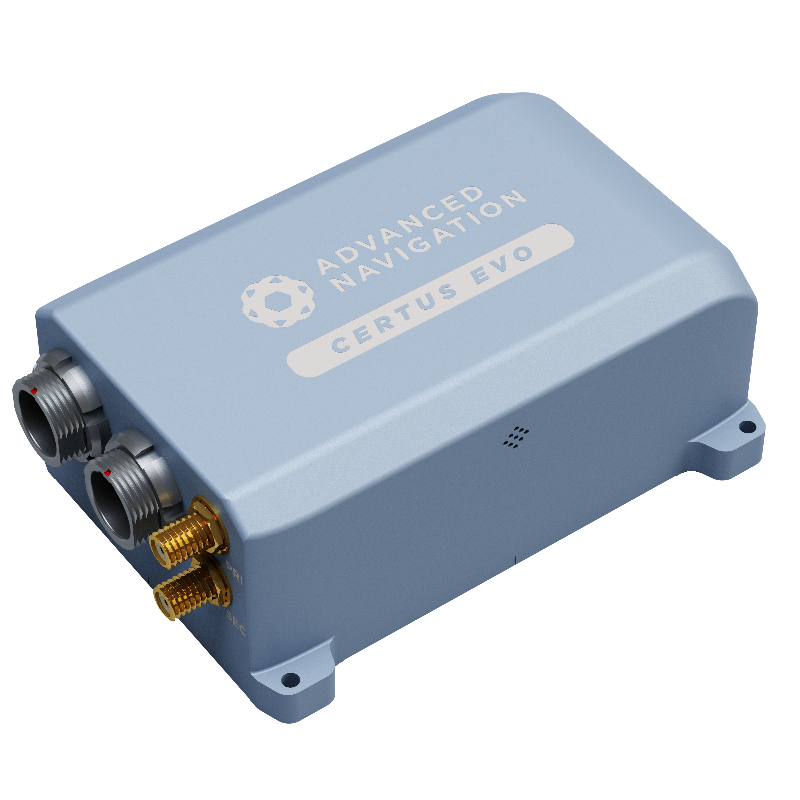