It was an opportunity that couldn’t be refused when Emesent’s, Jeremy Sofonia, was invited to participate in the National Geographic series, “Buried Secrets of WWII”. Called upon for his experience in drone and LiDAR mapping, Hovermap imaged a WWII battlefield in the central highlight lands of Papua New Guinea. 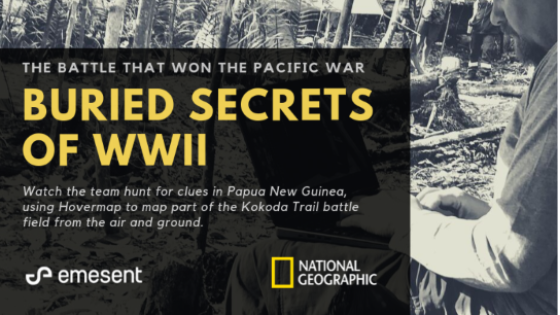 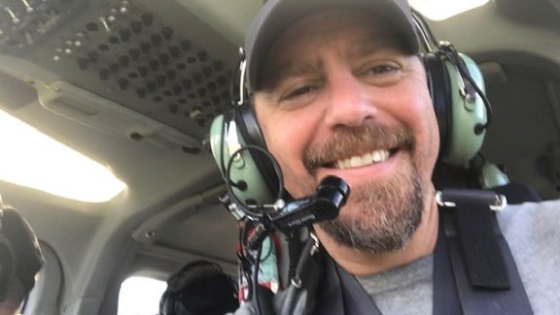 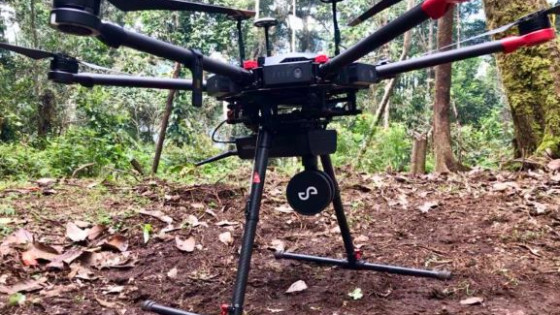 Filmed on location at Eora Creek, Hovermap played a crucial role in identifying areas for targeted ground exploration to uncover archaeological evidence and key insights to the Pacific War.

Hovermap’s LiDAR technology enables detailed scanning, even penetrating through the dense forest canopies of such environments.  Through mapping the forest landscape, fighting positions and encampments were among the various sites that were identified and revealed vital clues that helped the team re-tell this story of the Pacific War.

“What a great experience to work with the Brook Lapping production team on a National Geographic documentary. Papua New Guinea is amazing, and to be on a WWII battlefield, with artifacts still on the ground, was very humbling. It is critical to preserve the history of such events and re-tell the stories of the bravery, and sacrifice, of those who served. It was certainly a challenging environment to work in and brought to life some of the challenges that were faced.” – Jeremy Sofonia

Do you want to get in touch with Emesent after reading this article?