The NORBIT WINGHEAD is an integrated Multibeam with Applanix POSMV OceanMaster GNSS/IMU system. Instead of performing multiple standalone calibrations to determine gyrocompass heading alignment, a single Heading Alignment was conducted in the NORBIT GUI software. 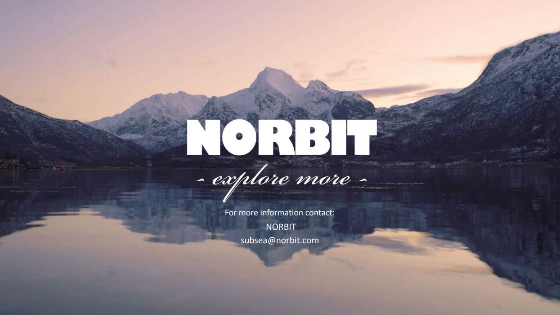 The exercise was jointly carried out between NORBIT and our official reseller for Malaysia, Geohydrocean Services Sdn Bhd (GHOS) between May 4-8, 2021 at Malacca, Malaysia. A vessel of opportunity was sourced on-site and rapidly mobilised within a couple of hours with the NORBIT WINGHEAD system. The NORBIT WINGHEAD is integrated with a POSMV OceanMaster GNSS/IMU system and is transported in two 21” pelican cases, complete with cables and Sonar Interface Unit (SIU). 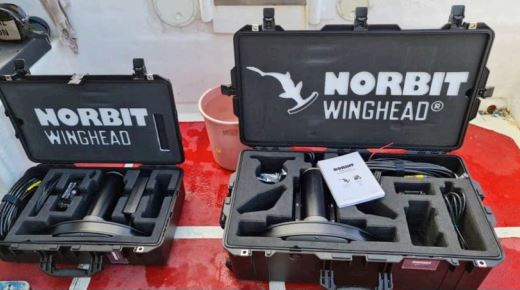 The Dual Head system was mounted on an over the side aluminium pole mounted on a swivel secured to the vessel. The vessel was approximately 9m in length and 2.5m in breadth. The NORBIT WINGHEAD dual-head was mounted on a NORBIT angled 37.5° bracket (see overleaf picture) with the receiver array facing forward. An optional 10° angle bracket is also available. 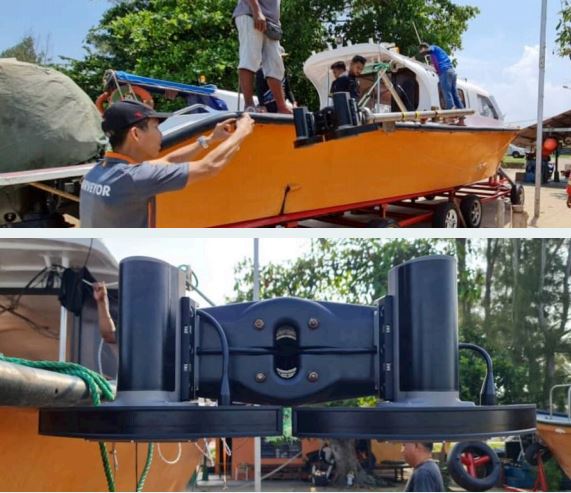 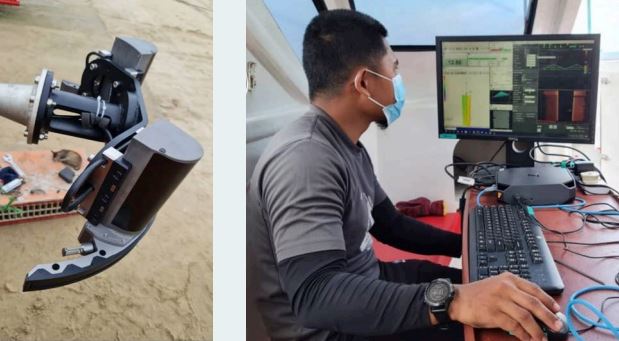 The NORBIT WINGHEAD is an integrated Multibeam with Applanix POSMV OceanMaster GNSS/IMU system. Instead of performing multiple standalone calibrations to determine gyrocompass heading alignment, a single Heading Alignment was conducted in the NORBIT GUI software.

A seabed feature of interest was also surveyed to demonstrate the high-resolution capability of the NORBIT WINGHEAD system. 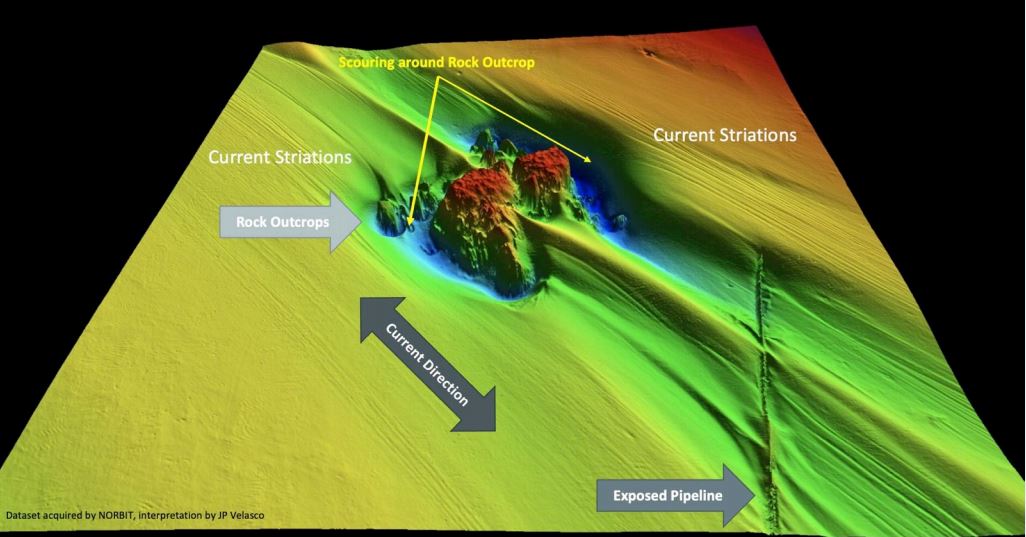 The NORBIT WINGHEAD is a versatile high-resolution next-generation Multibeam Echosounder (MBES) designed with the upgradable capability to meet future requirements. The design platform allows for expansion with future technological advancement. The NORBIT WINGHEAD being a compact MBES is easily transportable by any form of commercial transportation and deployed to any vessel of opportunity with either a locally manufactured over the side pole or the NORBIT PORTUS pole setup.

For a more permanent installation, a hull mount configuration is available with a standalone POSMV OceanMaster IMU installed on the vessel’s Central of Gravity (COG). As demonstrated from the sea trial, the NORBIT WINGHEAD is capable to deliver a high daily production yield, thus minimise the vessel’s operational hours on-site and yet deliver high-resolution seabed mapping in a compact system, especially with the NORBIT Data Acquisition Software(DCT). For information on Dual Head swath coverage, please contact NORBIT. 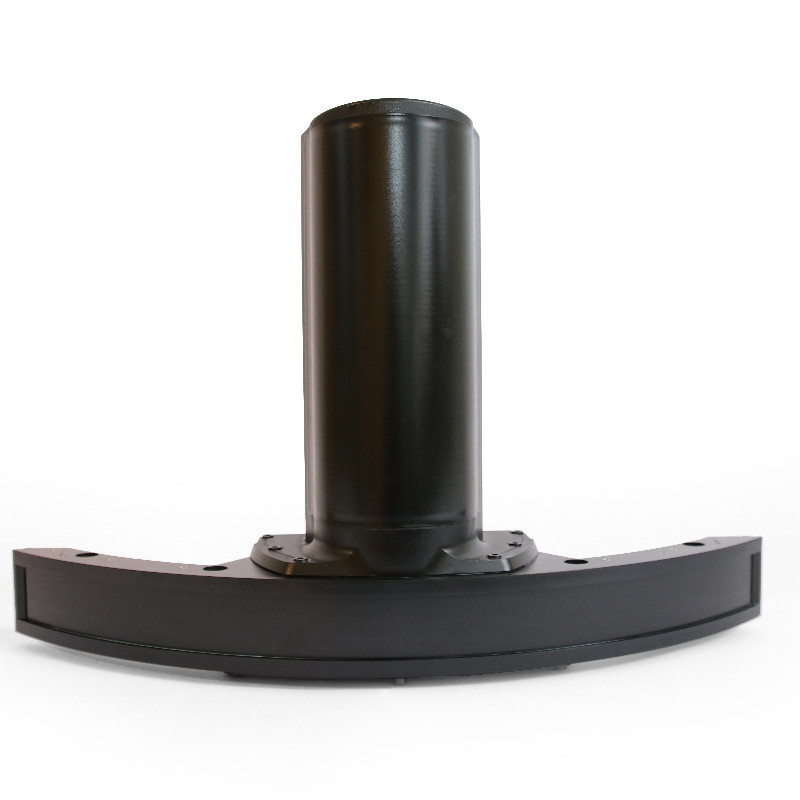 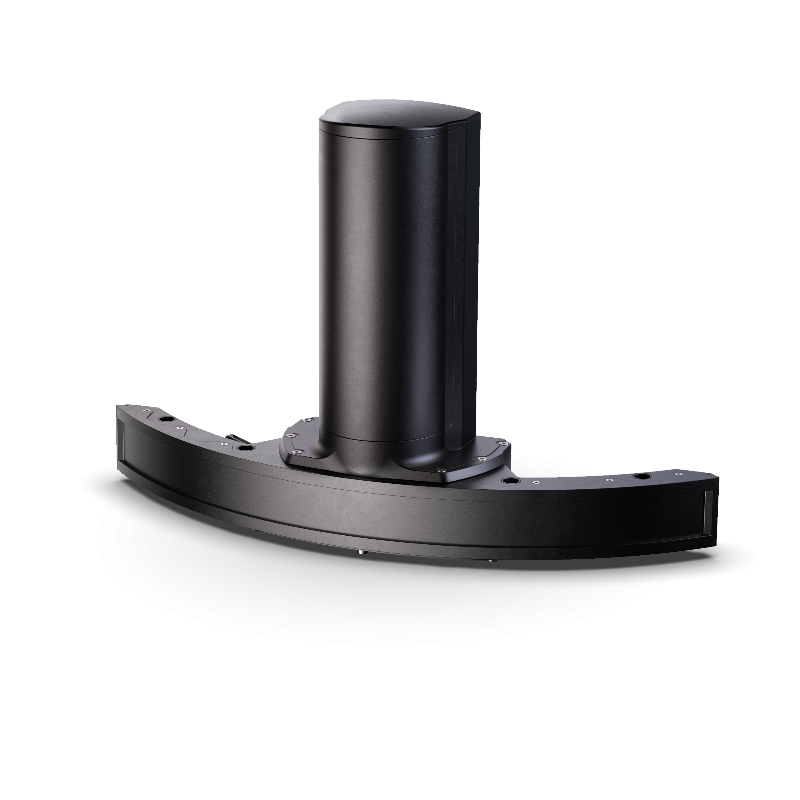 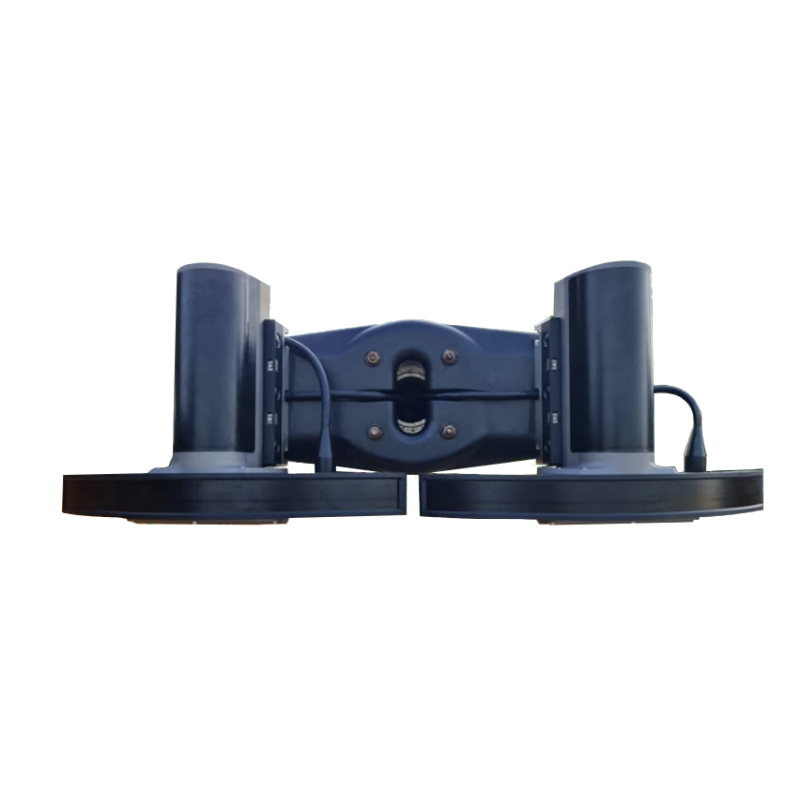