Forestry is a huge contributor to the Swedish economy. But getting landowners to agree on new legal boundaries is expensive. This has created a private market for validating existing property lines 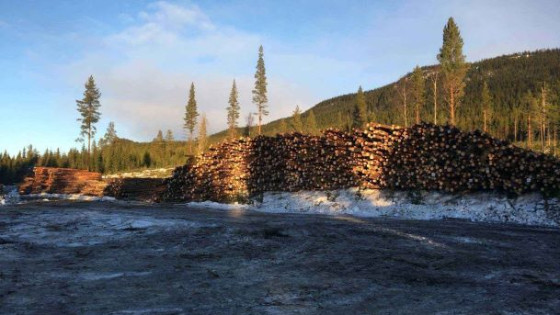 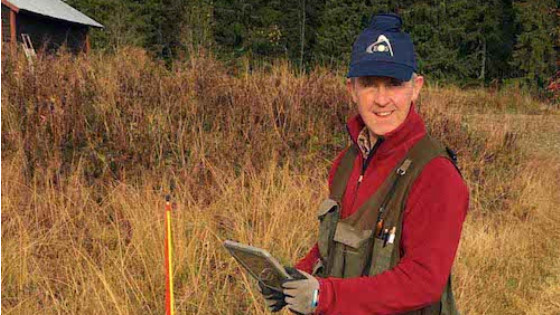 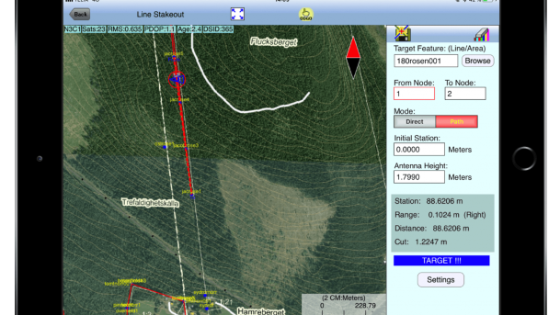 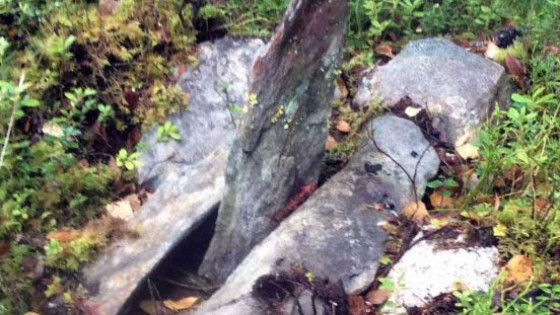 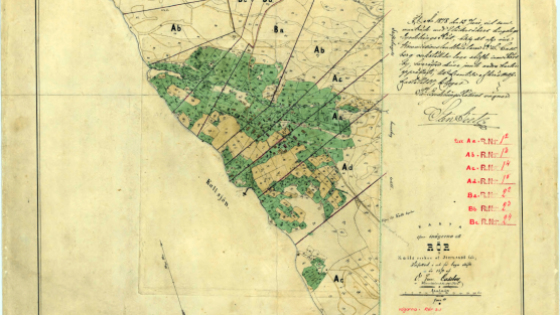 Swedish boundaries have always been something of a puzzle. This creates implications for the forestry industry, which relies on boundaries to dictate foresting rights. Locating them becomes a challenge.

''Forestry is a huge contributor to the Swedish economy. But getting landowners to agree on new legal boundaries is expensive. This has created a private market for validating existing property lines''

MittNorr Skog & Fastighet AB provides property services to Swedish foresters. Services range from locating parcel boundaries to evaluating and managing resources. “We simply must know which land we are managing,” MittNorr Co-Founder Håkan Bergstedt says. Since the discontinuation of private boundary location services in 2017, MittNorr has become an integral part of the private sector’s mission to clean up boundary services in Sweden.

A Brief Look at the Long History of Forestry in Sweden

Swedish boundaries have always been something of a puzzle.

In 1628, the government established the Swedish Land Registry, called Lantmäteriet, to create an archive of legally accepted parcel boundaries. But due to parcels shifting over the years, digitized maps could be as much as 20 meters off.

This creates implications for the forestry industry, which relies on boundaries to dictate foresting rights. Today, forestry still plays a big role in the Swedish economy.

“That’s the biggest problem,” Bergstedt said. “Oftentimes when I come to a boundary, it can be overgrown, or you see an old pole on the bottom of the wetlands, and you wonder if this is possibly the property marker.”

Until recently, Lantmäteriet provided landowners with services to help locate and mark property markers. But when this service ended in 2017, landowners turned to private companies, such as MittNorr, to verify their parcel lines.

“If they cannot agree on the boundary, then the registry can be brought in to create a new line,” Bergstedt said. “But this is the last possible choice. It is really quite expensive. And we haven’t had it happen to us yet.”

Find and Record Property Markers in the Woods

Swedish land parcels are big, often 200 meters by 2,500 meters. They typically have four corners (or more) that can be located as starting points for verifying boundaries.

To get started, Bergstedt will locate at least two of the parcel’s corners. This gives him a starting line to walk. As he walks the line, Bergstedt verifies he is in fact on the parcel boundary by locating property markers at set intervals, such as 100 meters. Finding a stone pile or wooden pole in the right spot helps him verify the path he is walking is indeed the legal boundary line.

But finding property markers from the 1800s is not always easy. In the places Bergstedt expects to find a marker, the stones have often disappeared under thick vegetation or sunk under the wetlands.

“It’s hard to know if a stone pile we’ve found is really a marking,” Bergstedt said. “In the past two days, I found 30 markers. About 20 of them were impossible to see at first.”

To verify he’s found a legal property marker, Bergstedt checks the historic maps. The date of the map gives him a clue as to where he should be looking for the property marker.

“If the map was made between a certain period, such as 1870, then I know it could be 180 meters before I find the next property marker,” Bergstedt said. “If it was made later, then it would normally be 100 meters.”

The distance between markings is one of the clearest ways to verify a legal marker along the path.

“There is some detective-ing involved,” Bergstedt said. “Normally I don’t know the measurement until I check the forest.”

Another way to tell if a marker is true is if it is situated on top of wooden coal.

“Lantmäteriet sometimes put wooden coal under the stone pile when it was made back in the days,” Bergstedt said. “Wooden coal stays possible to identify for a very long time. So when you find a stone pile with charcoal under it you can be sure it is a true marker.''

Bergstedt can typically locate the legal marker. But in cases where he can’t, he simply walks the line until he reaches a subsequent property marker.

The Arrow 100 shows me time after time how extremely accurate the measurements were that they [the original boundary markers] have made.

“It’s hard to know if a stone pile we’ve found is really a marking. In the past two days, I found 30 markers. About 20 of them were impossible to see at first.”

Acquiring more Precise Data Under Dense Canopy in the Forest

“In the beginning, we used simple methods to establish boundary lines,” Bergstedt said. “Pretty soon we got stuck.”

First, the Garmin Astro 320 GPS unit they were using didn’t provide high enough accuracy. Under the dense canopy, GPS accuracy can be difficult to sustain.

Bergstedt solved this by testing a trial GNSS receiver that could connect to the Swedish RTK network. But while the trial receiver improved accuracy, its connection time was long.

“We had to spend a lot of time to get a positional fix in the woods,” Bergstedt said. “It is often impossible to get positional fixes under heavy canopy. If I find a boundary marking, I need the position of it. If I don’t get a position fix at that particular spot, I need to do a lot of measurements from the closest places where I can get fixes to calculate the position of the boundary marking.”

Already under-impressed with the user interface of the trial receiver, which ran on an old Windows Mobile version, Bergstedt started looking for a better solution. Since he was already bringing his iPads into the field (to use as a WiFi router, because the trial receiver couldn’t receive LTE), he looked for an iPad-compatible solution.

This particular map from 1878 is from “Laga skifte,” the name of the campaign when this land was legally split into parcels in 1878. (It is also Bergstedt’s home village.) This type of map is used for digitizing if it is necessary to mark a corner that is not found in the woods.

Using the Arrow 100 GNSS for Forestry with Dense Canopy

He consulted a GNSS expert, Ingemar Engström, who works with Forest IT Design in Gothenburg.

“Ingemar helped me, and it ended up that we selected the Arrow 100, with DGNSS corrections,” he Bergstedt said.

Made by Canadian manufacturer and GNSS innovator Eos Positioning Systems® (Eos), the Arrow 100 is iOS compatible, so it worked with their iPads. In addition, they could use the Arrow 100 for forestry to provide submeter accuracy by connecting to the Swedish RTK network, SWEPOS.

“The [EGNOS] satellites are so far south, that we need a clear view of the south to receive the signals well,” Bergstedt said. “So we primarily use the Arrow 100 with DGNSS corrections from SWEPOS to provide submeter accuracy — even under dense canopy.”

Bergstedt also looked for a data-collection mobile app that could capture the mapped data from the Arrow 100. He considered other apps, and though both could get the job done, he decided to go with iCMTGIS PRO.

“Our survey could have easily been done in all three apps,” Bergstedt said. “In the end, we chose iCMTGIS PRO, as we found it straightforward to use, and it only requires a one-time purchase rather than a subscription.''

“Also worth mentioning is the good help we received during this process from CMT.”

With the new technology ready to go, MittNorr purchased ruggedized cases for their iPad Airs from LifeProof Fré and went back into the field.

“With the Arrow 100, I can normally say that a property marker is here within a foot. It’s incredibly accurate. With the Arrow and RTK network, I get two centimeters or closer than that.”

A Great App for Even Greater Efficiencies

At the start of each project, MittNorr accesses historical maps through Lantmäteriet’s service, called “Historiska kartor.” Then they download actual property boundaries from Timmerweb, a web portal. They take down neighboring parcel boundaries also, to reduce errors.

To get the data ready for fieldwork on iPads, they download the georeferenced JPEGs and import them into QGIS. From there, they convert the imagery to GeoTIFF and then, from these, create shapefiles of the boundaries. Now, the existing boundaries are ready to be loaded into iCMTGIS PRO via iTunes.

“We use QGIS for converting the JPEGs to GeoTiff and to create shapefiles of the boundaries,” Bergstedt said.

Within iTunes, they can export these shapefiles to iCMTGIS PROonto iPad Air. The workflow continues as normal from there.

First, Bergstedt looks for two corners. “We want to find at least two legal markings at each straight line of the boundary,” Bergstedt said. “It doesn’t have to be a corner, but the corners are best, as they are a fixed point for two boundary lines each.”

Once the two points are collected, the surveyors can walk the imaginary boundary between them.

“Once a line is digitally created, it is simple to follow,” Bergstedt said. “Even if the line is invisible in the real world, an instrument like the Arrow 100 makes it easy to follow.”

If the surveyor stays within one meter of the actual boundary, iCMTGIS PRO will beep. This provides a constant auditory cue that the surveyor is on the right path, so he doesn’t have to keep looking at the iPad all the time. Bergstedt considers this a major time-saving function.

“So it is only necessary to look at the display when fine-tuning the boundary,” he said.

“I rarely find all of them, but enough many for to do the job,” Bergstedt said. “With the Arrow 100, I can normally say that a property marker is here within afoot. It’s incredibly accurate. With the Arrow and RTK network, I get two centimeters or closer than that.”

MittNorr establishes two fixed points, such as parcel corners, and then validates the resulting line.

If the surveyor stays within one meter of the actual boundary, iCMTGIS PRO will beep. This provides a constant auditory cue that the surveyor is on the right path, so he doesn’t have to keep looking at the iPad all the time. Bergstedt considers this a major time-saving function.

“In the end, we chose iCMTGIS PRO, as we found it straightforward to use, and it only requires a one-time purchase rather than a subscription.”

The GNSS receiver measures distances between two points as the horizontal distance. This lets Bergstedt see that the persons who originally placed the markers — who used measuring lines — had in fact compensated for the hilly terrain to get the markers placed at a horizontal measured distance. In effect, Bergstedt can validate that markers were placed incredibly accurately.

“The people who originally placed these markings were able to be extremely accurate while using such primitive tools as compasses and measuring lines,” Bergstedt said. “The Arrow 100 shows me time after time how extremely accurate the measurements were that they have made.”