With ubiquitous Unmanned Aerial Vehicles (UAV’s) getting adopted into a constantly increasing number of civil and military applications, operation capabilities are getting more sophisticated. Needs now extend further than just operating Beyond the Line Of Sight (BLOS). 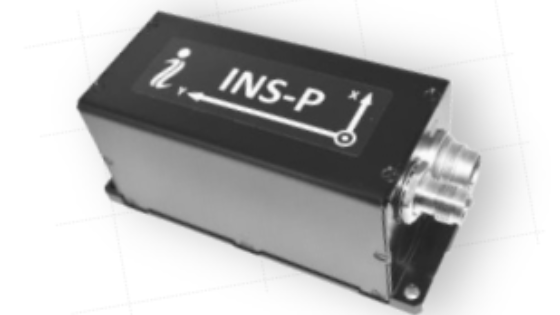 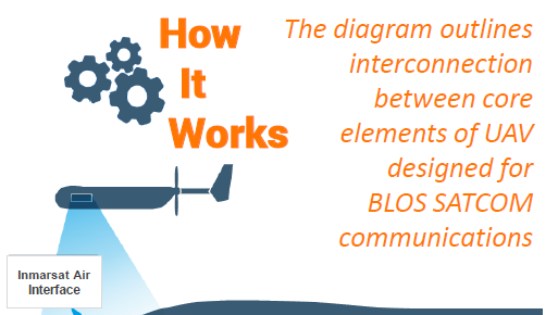 Remote operations for applications such as border patrol, aerial surveillance, and specialized missions require that users maintain an uninterrupted connection with a UAV for data transmission, and navigational aid. Due to the overall complexity of BLOS UAV operations, market competitors attempt to provide various solutions to customers by attracting them with a range of features related to their particular use case. A crucial role-player for a safe and successful mission is the GPS-Aided Inertial Navigation System (INS). For state-of-the-art UAVs, they are commonly crammed with costly equipment, and losing it may cause unwanted consequences. That alone puts top priority on choosing a reliable GPS-Aided INS. Besides exceptional performance, a GPS-Aided INS must meet weight and price expectations. For aerospace applications, extra weight is costly, but it is important to make sure that the trade off for weight is worth the cost of the unit. When it comes to such a strict choice, few solutions can compete with the Inertial Labs GPS-Aided INS-P model.

For top-tier Satcom providers like AirSatOne, choosing key components for their services involving BLOS UAV flights is no quick task. After assessments were done of various manufacturers, the combination of the Cobham’s AVIATOR UAV 200, for SATCOM connectivity, and the Inertial Labs GPS-Aided INS-P, for orientational data, was deemed to be the best fit for the job.

Challenge: Prior to Inertial Labs assistance, AirSatOne had been experiencing difficulties with data format compatibilities between Satcom and other GPS-Aided INS units. The two platforms simply didn’t support the same sentence structures, and this caused major set backs for them. Possible solutions had been proposed to this such as bridging data through a separate converter. The problem with this solution was that it meant: additional hardware, extra weight, resources to develop software, and budget accommodations. The problem seemed costly until Inertial Labs became a part of the solution.

Solution: Not only does the Inertial Labs GPSAided INS-P have an extended list of supported data formats, it has been preconfigured to work directly with Cobham’s AVIATOR UAV 200 data structures without the need of a converter to solve problems like the one AirSatOne had been dealing with. After leaving the data format issue behind, the Inertial Labs GPS-Aided INS-P secured its place in the project because of the excellent navigational accuracy AirSatOne witnessed during testing phases.

Feedback: AirSatOne commented on the Inertial Labs GPS-Aided INS-P and its performance after putting it to the test along-side the AVIATOR UAV 200.

“We subjected the INS-P and the AVIATOR UAV 200 to aggressive maneuvers in the pitch, roll and heading / yaw axis and found that the combination allowed connectivity at extreme angles while maintaining connectivity beyond 60° pitch and roll. To further note the INS-P came on line quickly, even faster than our requirements.” Jo Kremsreiter, President of AirSatOne

Regarding navigational performance, the Inertial Labs GPSAided INS-P precisely indicated 3D orientation, velocity, as well as latitude and longitude by utilizing its powerful tactical-grade IMU (1 deg/hr gyro), high precision GNSS receiver, and Fluxgate gyro-compensated magnetic compass. During testing, connectivity remained stable with no interruptions even while rotating a full 360°, undergoing pitch variations of values greater than ±45°, and experiencing roll values up to 45°.

Inertial Labs Inc. designed and produced a compact, enduring, and professional grade model of its GPS-Aided INS product line — the INS-P. This model utilizes: an advanced Novatel® GNSS receiver; a tactical-grade IMU (1 deg/hr gyro); and a gyro-compensated Fluxgate magnetic compass to provide accurate position, velocity, heading, pitch and roll for UAVs of any caliber. It runs on an in-house built advanced onboard sensors-fusion filter, state of the art navigation and guidance algorithms, and also comes with its own enhanced calibration software. The Inertial Labs INS-P surpasses many of its competitors by remarkable performance in the most challenging conditions while staying affordable.