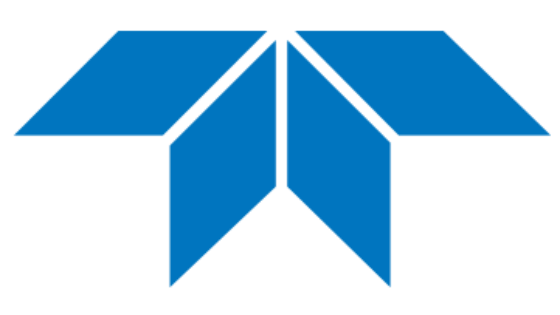 ABSTRACT
The signal to noise term published by Deines in his equation for backscatter estimation from Acoustic Doppler Current Profilers (ADCPs) has been shown to be incorrect for very low backscatter environments. Gostiaux and van Haren published the error and a correction that they show results in much better behavior in these environments, but acknowledge that their correction introduces an arbitrary offset from Deines. An earlier technical note from Teledyne RD Instruments (TRDI) contains a third formulation that is shown in this paper to be the correct one in all cases. Because of the widespread use of the equations and concepts presented by Deines, the entirety of that paper is also revisited and updated to provide the information necessary to carry its use forward to newer instruments.

INTRODUCTION
Deines (1999), hereinafter referred to as “Deines”, derived an estimate for backscatter measurement with an ADCP that remains one of the most frequently referenced papers from TRDI. Gostiaux and van Haren (2010), hereinafter referred to as “Gostiaux and van Haren”, reported an error in the signal to noise term in the Deines formulation that they show results in an erroneous backscatter estimate as the noise floor is approached in several datasets from environments with known low backscatter concentrations. However, their correction introduces an offset of several decibels from the Deines equation that, while immaterial to their results, takes the equation away from its original purpose of estimating absolute backscatter. The correct formulation of the signal to noise ratio term is actually to be found in a Field Service Technical Bulletin from TRDI (1998), hereinafter “TRDI-FST”, that is actually a republishing of an appendix contained in the TRDI Narrowband ADCP Manual.